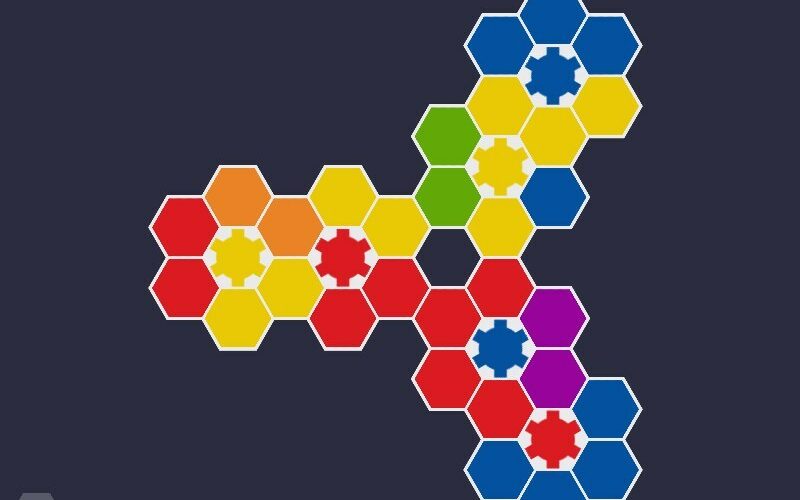 Given the amount of generic puzzle games we see these days, Prismatica certainly provides a much-needed breath of fresh air. According to its creator, the inspiration came from Rubic’s Cubes, Sudoku and Dodecahedrons. While I’m not entirely sure where Sudoku fits in the grand scheme of things, after playing the alpha for a bit, twisting and turning colored gears, one thing became quite clear: this game will make your head… spin.

Bad attempts at good puns aside, upon starting each level in Prismatica, you’re presented with a scrambled board full of colored hexagon tiles, attached to a cog. Rotating one shifts each surrounding tile either left or right, the goal being to recreate the pre-scrambled version. Sounds easy enough, right? Well, let’s just say you’ll soon long for those early, simple stages.

Prismatica’s aesthetic design and feel is intended to be calm and essentialist, presenting the player with a pure puzzle to focus on solving in a flowing natural way.

See, after clearing the tutorial, the playing field expands rapidly with different shapes and sizes, all the way up to a puzzle consisting of no less than TWELVE gears! Yup. If you thought getting through those with four or five were troublesome, well, then your brain’s definitely heading for some serious overtime. Note: while I did get quite stuck in the second chapter, that’s likely more due to my lack of puzzle solving skills than balancing issues, alpha or not. 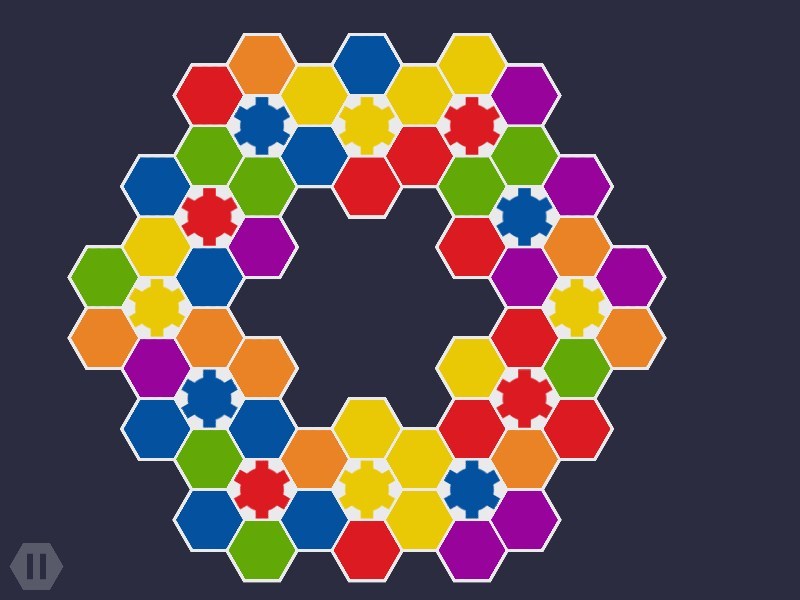 Finding the solution is not just a matter of working from memory either, as certain colors need to be positioned next to those used to make them (purple between red/blue, green between blue/yellow and so on). This helps a lot when faced with lots of cogs to twist and turn, as chances are you’ll feel a tad bit lost otherwise, not knowing where to even begin.

I’m definitely looking forward to the full release of this one, in spite of being pretty bad at the alpha. An alpha which, by the way, is playable right here, for those interested and unwilling to wait until Q2 2014, when Prismatica is scheduled for release on iOS, Android, Windows Phone, Windows, Mac and Linux.