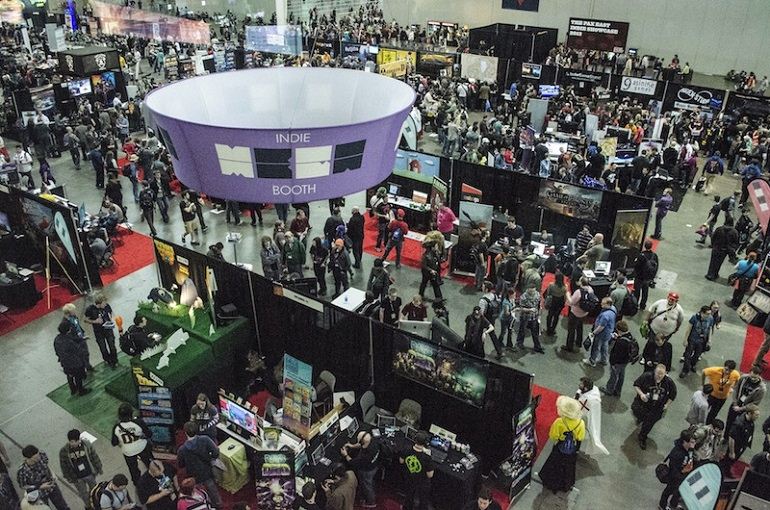 We’re less than two weeks away from another PAX East! Yay! Oh wait, I won’t be going. Boo. Seriously though, this year’s Indie MEGABOOTH still has me excited. With that many indie games being showcased at such a popular expo, why wouldn’t I be? How many? Why, a grand total of seventy, and then there’s the MINIBOOTH with twenty-eight participants. Suck it, AAA developers!

Ain’t all about video games either, as the MEGABOOTH space also plays host to a tabletop section, featuring the likes of These French Fries Are Terrible Hot Dogs, Wizard Dodgeball and Warlords & Sellswords. While I have a feeling most will be stopping by for some digital gaming, that doesn’t mean the relevance of board gaming should be downplayed, ya know?

According to the organizers, there’s “something for everyone” here, and I’m inclined to agree. Struggle with starvation (and your sanity) in a hostile environment, keep the world (or your family, at the very least) convinced that you’re not an octopus, sneak past security cameras, lasers and explore ancient ruins; “something for everyone” sounds about right. So… will you be attending PAX East 2014?