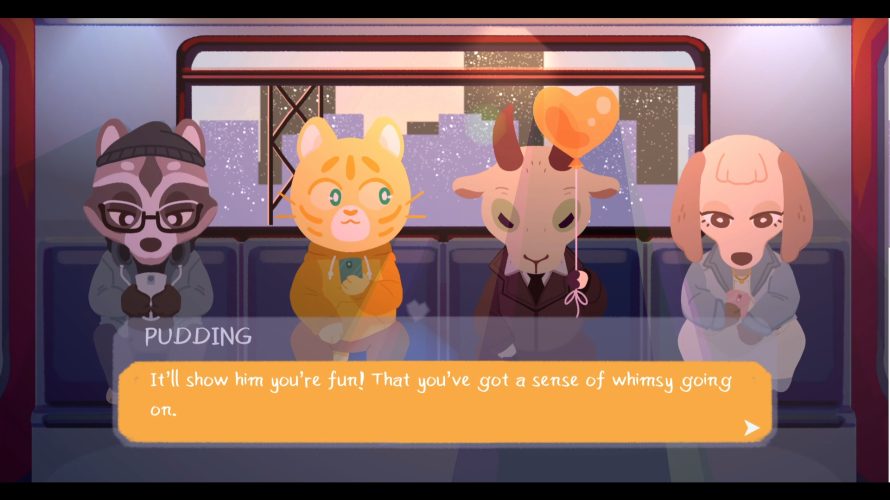 It’s late at night, Pudding is far from home, hungry, and likely more than a little tired. I’m sure catching an earlier train was on the table, but thanks to Bohemian Rhapsody being too long (wait, what?), our protagonist is left with no choice but to take a Midnight Train: Going Anywhere.

I’m not really someone who makes a habit of chatting with strangers on a train, which might be part of why Midnight Train: Going Anywhere‘s Pudding who’s pretty much the exact opposite is so interesting to me. It takes less than a minute before he’s getting friendly with the goat next to him after all, nothing to worry about as everything’s going perfectly fine. Except for one tiny-yet-quite-significant detail: Pudding was in such a hurry to get back home that he simply boarded the first available. Oh boy.

Fortunately, our furry little protagonist is in a visual novel with multiple endings, and the choices you, the player, make determine not just how Baphomet – the goat – responds during their conversation, but also how everything wraps up with three possible outcomes. Given its short length, one might be pondering exactly how much variety can be crammed into three completely different endings. Quite a bit, as it turns out, which was a rather pleasant surprise. 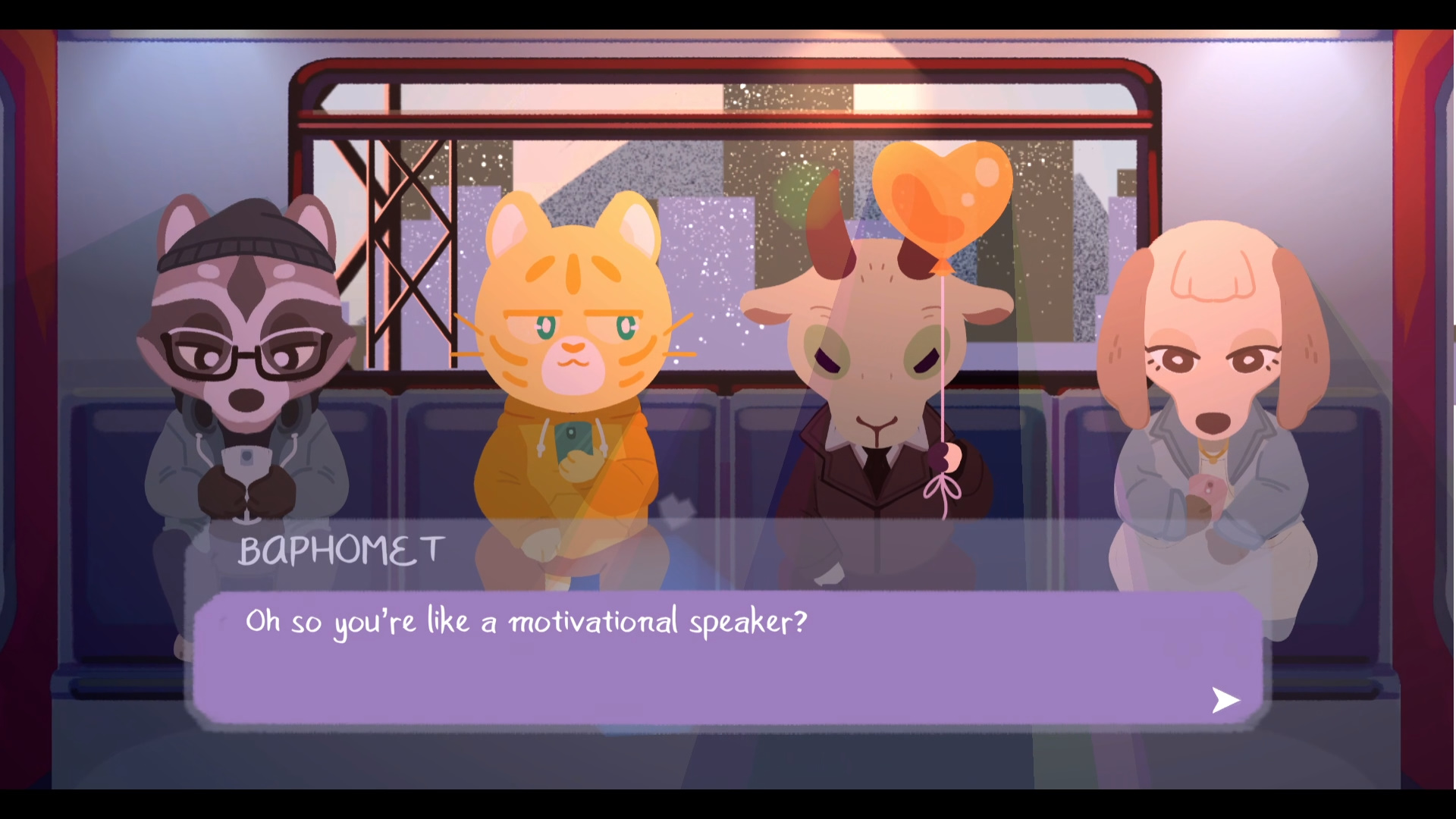 After reaching the credits, so to speak, I immediately started anew to see what would happen if Pudding behaved… differently. What topics might be brought up? How would Baphomet react? Was this or that possible? Where was that darn train actually going? As someone who’s more than a little curious when it comes to interactive fiction, especially the visual novel variety, I knew it’d be impossible to call it a day and pretend Pudding’s train ride only had one outcome. The other endings didn’t disappoint either. Not in the slightest.

That said, as we all know, humor can be very subjective, and as such, it’s unlikely that such bits in this story will resonate equally with everyone. I love even a bad pun though, as well as clever social media parodying, so those parts were a delight for me at least. Another aspect deserving of praise is the art style, as the characters are just so darn cute, colorfulness, facial expressions, and all. After playing more than a few visual novels with characters that simply stood there, their faces never indicating mood changes or what they were thinking, it was refreshing to experience one with an emphasis on that again.

All in all, a very easy recommendation. It’s free, has not only Windows but Android and Mac builds too, and really, aren’t you at least a tiny bit curious as to what happened to Pudding after he took a Midnight Train: Going Anywhere, paying anything to roll the dice just one more time?

Midnight Train: Going Anywhere is available from itch.io, for free.