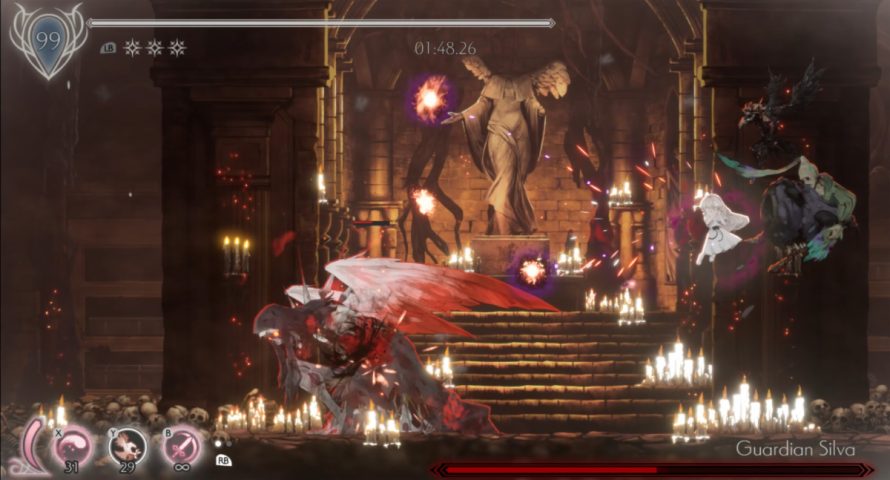 It’s been a couple of months since ENDER LILIES: Quietus of the Knights saw the light of day, so fans are kinda due for a sizeable content patch, right? Well, yeah, and that’s exactly what they got with the recently released 1.1.0 update adding… quite a few groovy things.

Still here? Oh, cool! Guess that means you actually want details regarding the patch. Let’s see… ah yes, how about an in-game movie player in the form of Blighted Memories, enabling players to relive the most cinematic moments? Although that does kinda pale in comparison to New Game+ mode and the new end-game item, the former actually changing enemy patterns on top of making them more deadly adversaries. Pretty much everything carries over though, so at least you’ll be plenty prepared for the increased onslaught.

“We are happy to give players a new reason to jump back into Land’s End and continue Lily’s journey with fresh challenges and surprises.”
– Hiroyuki Kobayashi, CEO, Binary Haze Interactive

A boss rush has also been added, and a way to create challenge runs with Blightborn Modes’ customizable in-game parameters. Interesting. Guess now there’ll be far fewer cries for more challenging content, since players can, well, shape their own proving grounds, in a manner of speaking.

ENDER LILIES: Quietus of the Knights is available on Steam, Switch, PlayStation 4, and Xbox Series X|S, carrying a $24.99 price tag.