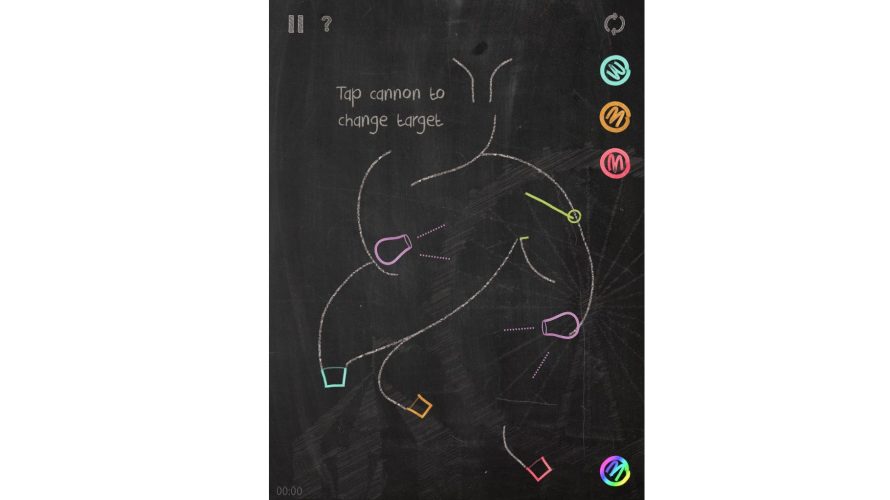 Colored ball puzzlers aren’t exactly uncommon on mobile devices, that much is certain. But what makes Marble Drop stand out, lies in how the difficulty constantly increases, reaching crazy heights before long, combined with a frequent introduction of new gameplay elements/obstacles.

As you may have guessed, based on the above screenshot (and title), your goal in the game is to drop colored balls into matching baskets. Do it out-of-order or drop too many, and you’ll have to restart the current level. At first, there’s not a lot to it, your biggest problem being switches that open and close gates, as a ball passes by. But soon enough, neutral baskets which require a number of balls to tip are introduced, along with color mixing, multi-directional cannons, and more ‘fun’ stuff.

Needless to say, in order to get through all that, you’ll have to plan your every move. Do you roll a blue first, then a red, or maybe the switch needs to be opened by a yellow so that a purple can be made from mixing blue and red? It’s every bit as chaotic as it sounds, yet at the same time, incredibly fulfilling, once ya figure out the solution, and of course, manage to pull it off. 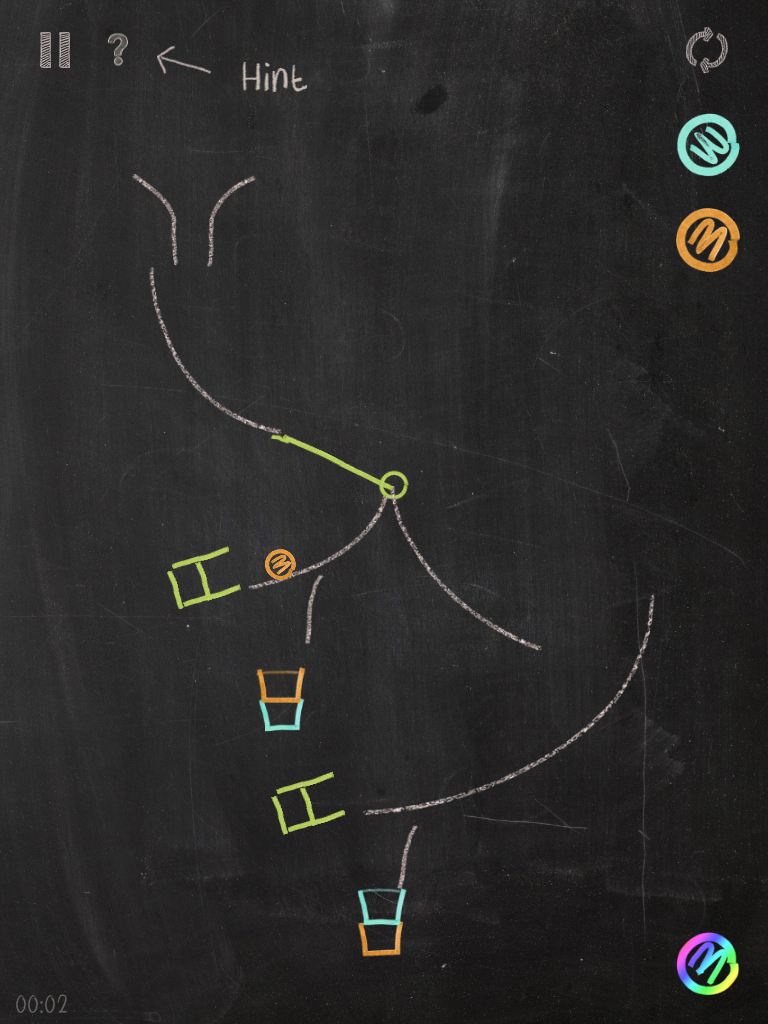 Or maybe I should say ‘if’, because chances are, some of you will get stuck sooner or later. I couldn’t get past level 12, for instance, and according to the developer, there are more than 60 in total! Ouch. Hints are available though, provided you you’ve racked up enough in-game cash (or feel like taking the IAP route). Having used a few myself, I can confirm that they’re certainly helpful and worth the (in-game) expense.

As is the norm for mobile puzzlers these days, content is divided into several areas, each of which requires a certain number of stars to unlock. Because of this, at the time of writing, I have yet to experience the second and third so, unfortunately, I can’t say what manner of devious contraptions they feature.

What I did get to see, however, was fun… if borderline brain-melting. Can’t say I didn’t get a fair warning though, as the email from the developer specifically tagged it as being “impossible”. Boy were they ever right! Trying to juggle multiple balls between cannons and the other ‘transporters’ – often with little time to react – while also doing color mixing, proved too much for me before long, as mentioned earlier. That’s not to say the game is actually impossible, because I’m certain it can be bested, given enough time (and patience).

Adding to all that is a lovely chalk-based art style, with every other level featuring a different drawing, almost faded into the background. Points for style right there. But with those 60+ levels, there’s plenty substance too, and surprisingly, Marble Drop carries no price tag. There are ads though, albeit since they only pop up between levels, that’s hardly an issue. Besides, one IAP purchase gets rid of them for good. 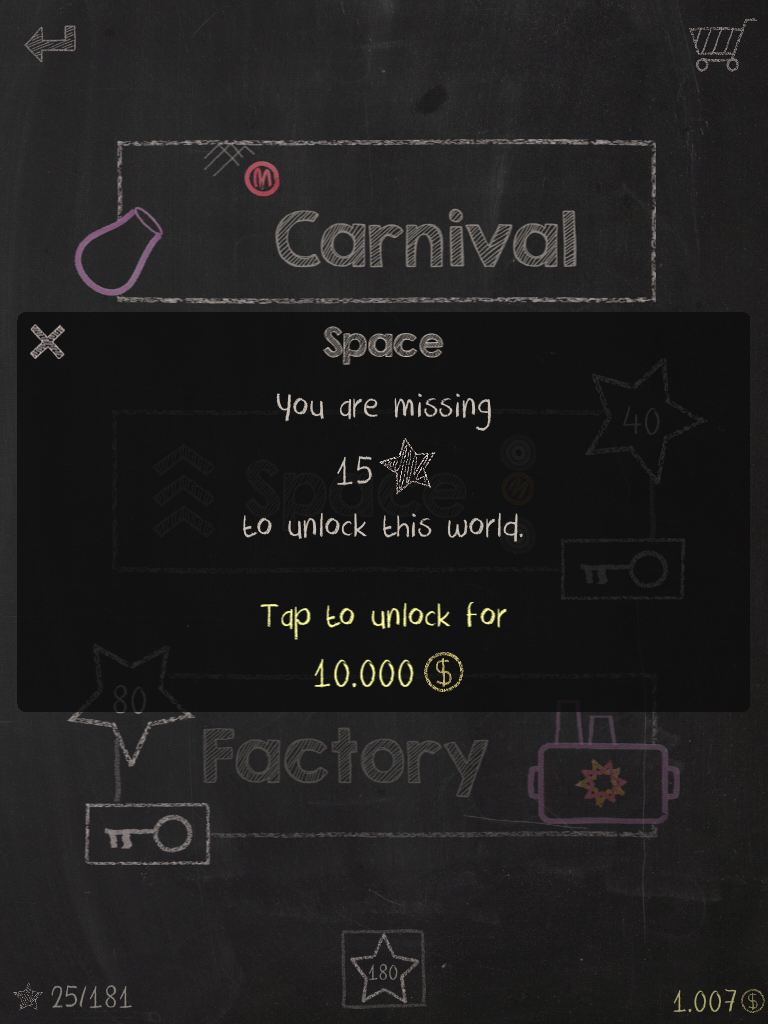 So all in all, the only thing off-putting (for me, anyway), was the high level of difficulty. Everything else -- golden; from smooth and accurate physics to how everything looked on my aging iPad 2. An easy recommendation for sure, especially in light of ads (which can be removed) taking the place of a price tag, on either platform. Ready to drop some colored marbles?

Marble Drop is available on iOS (universal, iTunes) and Android (Google Play, Amazon). Note: the video below was not made by the developer, but it’s still better than nothing.