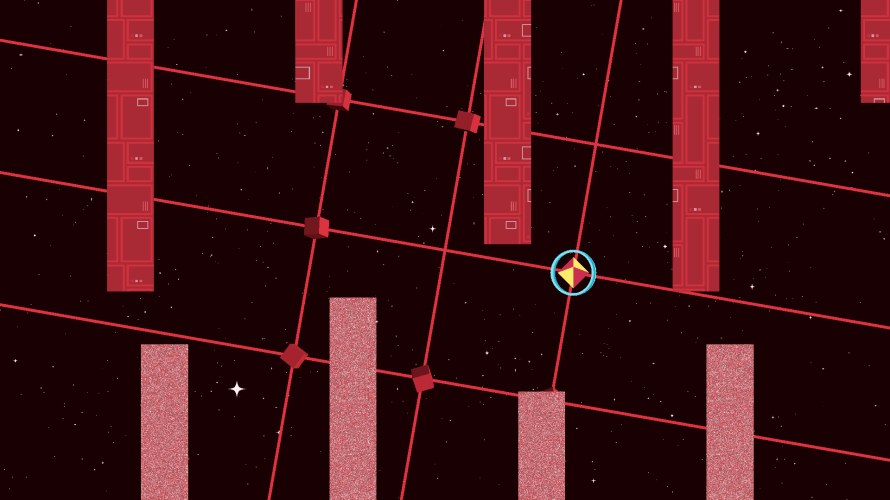 So you think you’re tough, eh? That you’re blessed with super-human muscle memory, that you’ve got what it takes to… master the grid? Yeah. The grid, as in, JUMPGRID! Well, think again, because this game is going to kick your you-know-what over and over again. But you won’t want to stop playing, even after failing to make that one last jump to the ever-important center. Oh no. This game will sink its hooks into you so deep, you’ll end up teleporting to gobble up cubes in your dreams too! Groovy.

On the topic of groovy stuff: like Boson X and Action Paint Pro before it, JUMPGRID comes from the mind of one Ian MacLarty – a name regular readers are bound to be familiar with. And like Boson X, this one’s all about quick reflexes, even if it (fortunately) ditches the procedurally generated element, making for an experience that’s more about memorization and quick thinking than, well, 95% of the latter. Doesn’t mean the adrenaline won’t be pumping through your veins as you attempt to solve each of its 100 levels, let me tell ya.

Movement is controlled either with wasd, arrow keys, the d-pad, left stick, or – my personal favorite – the face buttons. Combine this simple setup with the fact that the game’s protagonist instantly teleports at the press of a button, and you’ve got a title that’s just begging for speedrunning. Eventually. Early on you’ll likely be crashing into anything that moves almost immediately, resulting in the level immediately restarting.

But then, as you get into a groove, knowing what’s what and where to go, the whole thing almost turns into a finger ballet. A beautiful, fast-paced finger ballet. One which can be every bit as fun to look at as to create on that never-changing 3x3 grid. Something that does however change between levels is the obstacles (or “pulsing hazards”), moving freely around with a fixed pattern, ensuring repeated attempts are as much about muscle memory as reflexes. 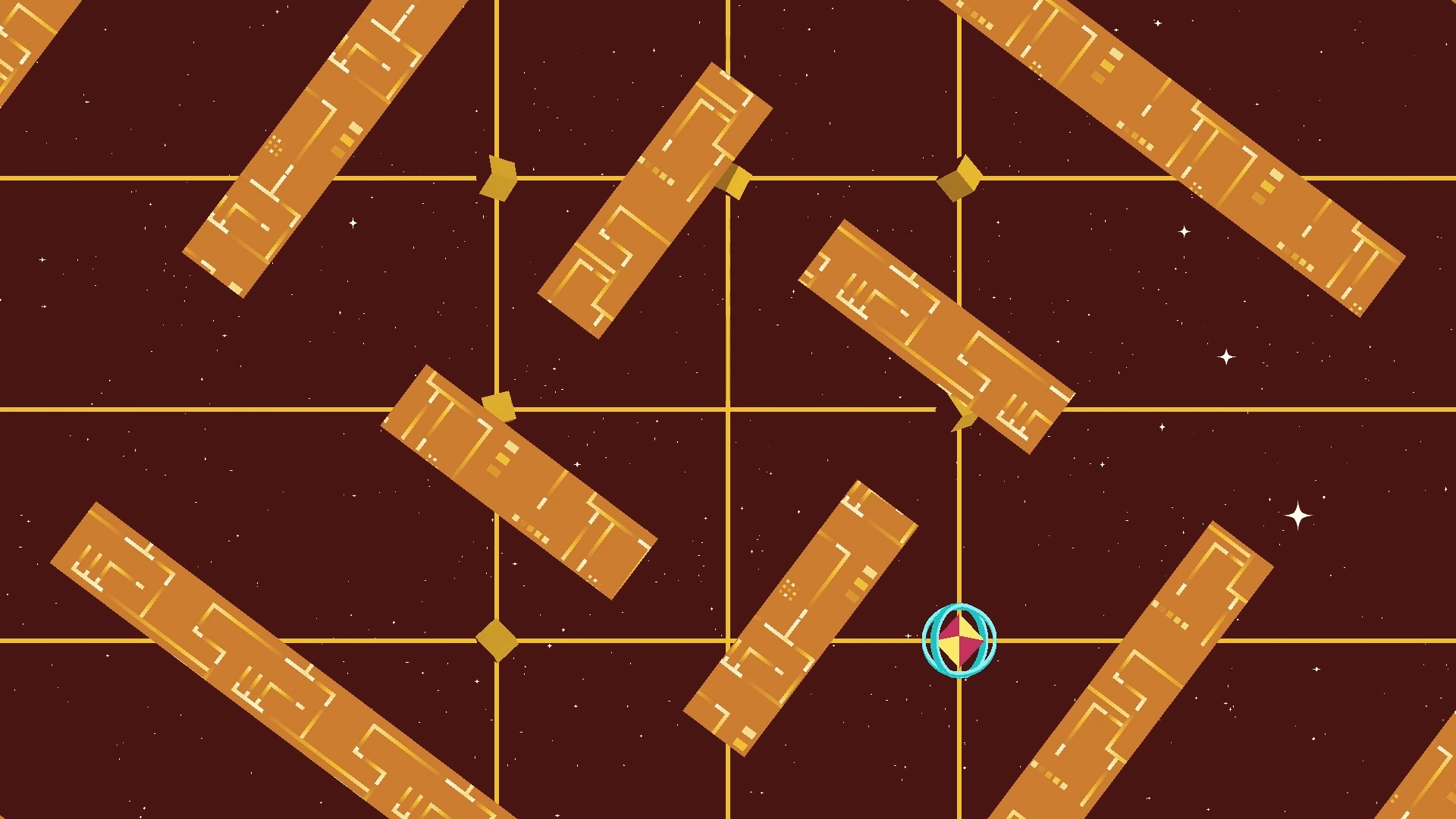 While things start out simple enough, walls moving back and forth across the screen, perhaps even rotating ever so slowly, it’s not long until the difficulty picks up. Big time. After a handful of levels, I almost felt like I was playing some weird twist on Super Hexagon, spinning hazards all over the place, more than a little eager to make contact and halt my attempt at progress right then and there. But unless you’re incredibly impatient and/or the type to give up easily in when faced with even a slight challenge, like me, your journey through JUMPGRID won’t end there. I mean, this was just the first quadrant of four – how could I stop already, in spite of the death count reaching staggering heights?

That said, I didn’t get far into the second quadrant before calling it quits and writing the review you are currently writing. And yet, I was still able to sample both the third and fourth quadrant, courtesy of the game’s speedrun mode, which lets you start at the beginning of any quadrant, complete with a toggleable on-screen timer. Incredibly useful for those who, like me, lack the skill to progress past a certain point, but still wants to see what lies ahead. Oh, and it’s also possible to lower the pace of the action by 25% in the options menu. Cheating? More like, assistance. Yeah. 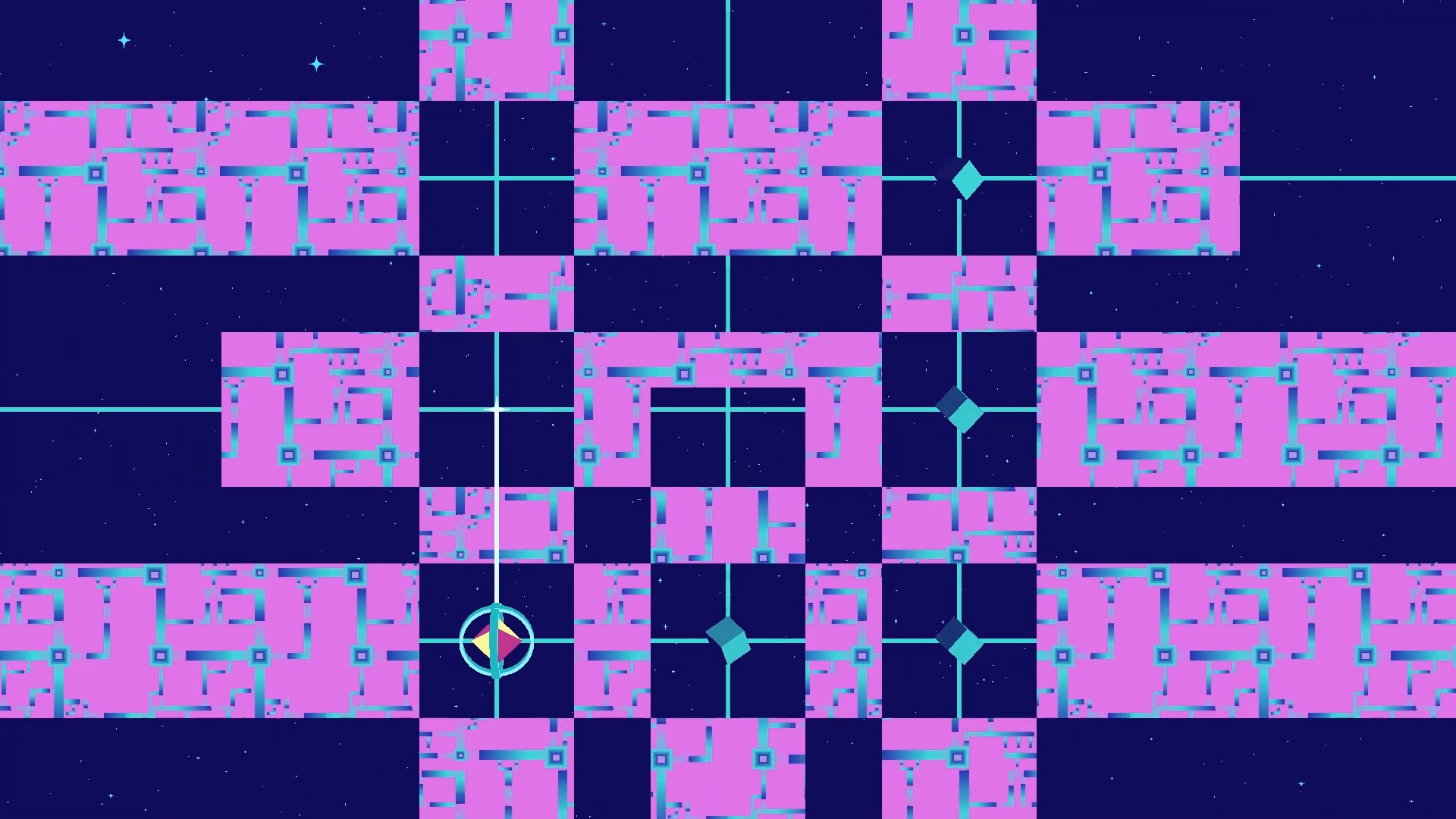 Anyway, whatever the case, what I found upon jumping into the third quadrant almost made my jaw drop. Even the levels of quadrant two – which involved utilizing the ‘wrap-around’ mechanic (teleporting around the back of the grid) – were not this tricky. Not even close. While I was able to come to terms with what the game required of me, the actual execution of said plan, now that’s another matter entirely – and the reason for me never even finishing the first of these later levels. The above screenshot might not make clear how challenging it is, but it should still provide a bit of context.

Success requires only a few seconds of precision finger ballet, but touch any of the pulsing hazards and the level instantly resets without penalty, ready for you to try again, and again, and again…

Normally the high level of challenge portrayed by a game like JUMPGRID would make me want to never even touch it, and had it been a precision platformer, I likely wouldn’t have. Sure am glad I did, however, because while I may never actually finish the entire thing, I still found it to be an absolutely brilliant (and addictive) experience. Minimalistic in terms of design with awesome music, smooth controls, and just plain… fun!

So much in fact that I’d be very surprised if a speedrunning community doesn’t gather around this one, and not just because Ian MacLarty, its creator, included a mode specifically for such either. I could be wrong here, but something tells me that someone could, in theory, memorize every single level, get the timing right, and then beat it blindfolded. In theory. Probably won’t happen, even if such runs of other games are definitely a thing, but darn if that wouldn’t be absolutely amazing.

Until then… see ya on the leaderboards?