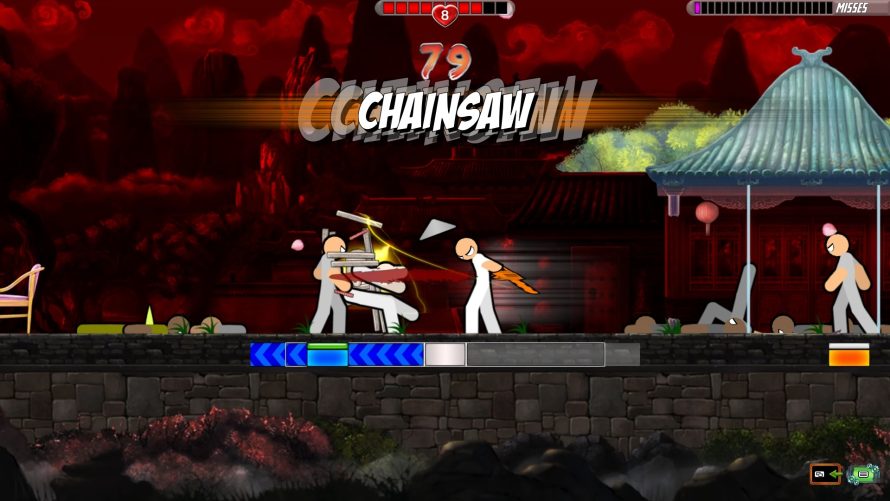 Rhythm (and semi-) games are a dime a dozen nowadays, and yet, for some reason, few have ventured into the realm of martial arts. While the recently released One Finger Death Punch 2 demo – which delves deeply into the art of kung fu – at first glance may seem like one such, it really isn’t so much a rhythmic experience as something that’ll truly test your reflexes (just like One Finger Death Punch from way back in 2013 which featured the same context-sensitive ‘attack left or right’ mechanic). But… if it ain’t broke, right?

See, I’ve often told people that gameplay makes or breaks a video game far more than its visuals and that’s not going to change (until I’m an old grumpy man). One Finger Death Punch 2, like its precursor, is a textbook example of how to do more with less: enemies are stickmen, backgrounds don’t have much going on and animations, well, they get the job done and that’s about it. Yet somehow, the experience is incredibly rewarding, addictive, and above all else… just plain fun!

It’s also incredibly easy to pick up and play, to the point where I’d wager just about anyone would be able to get into the action almost immediately. All you have to do is keep an eye on the bar at the bottom of the screen, reacting accordingly when an enemy is within range. Simple stuff. What makes it so exciting, however, is the pace of the action, and let me tell ya, it’ll pretty intense after a while, weapons flying from both directions while enemies that dodge, take a multitude of hits and trigger mini-games rapidly approach your position. 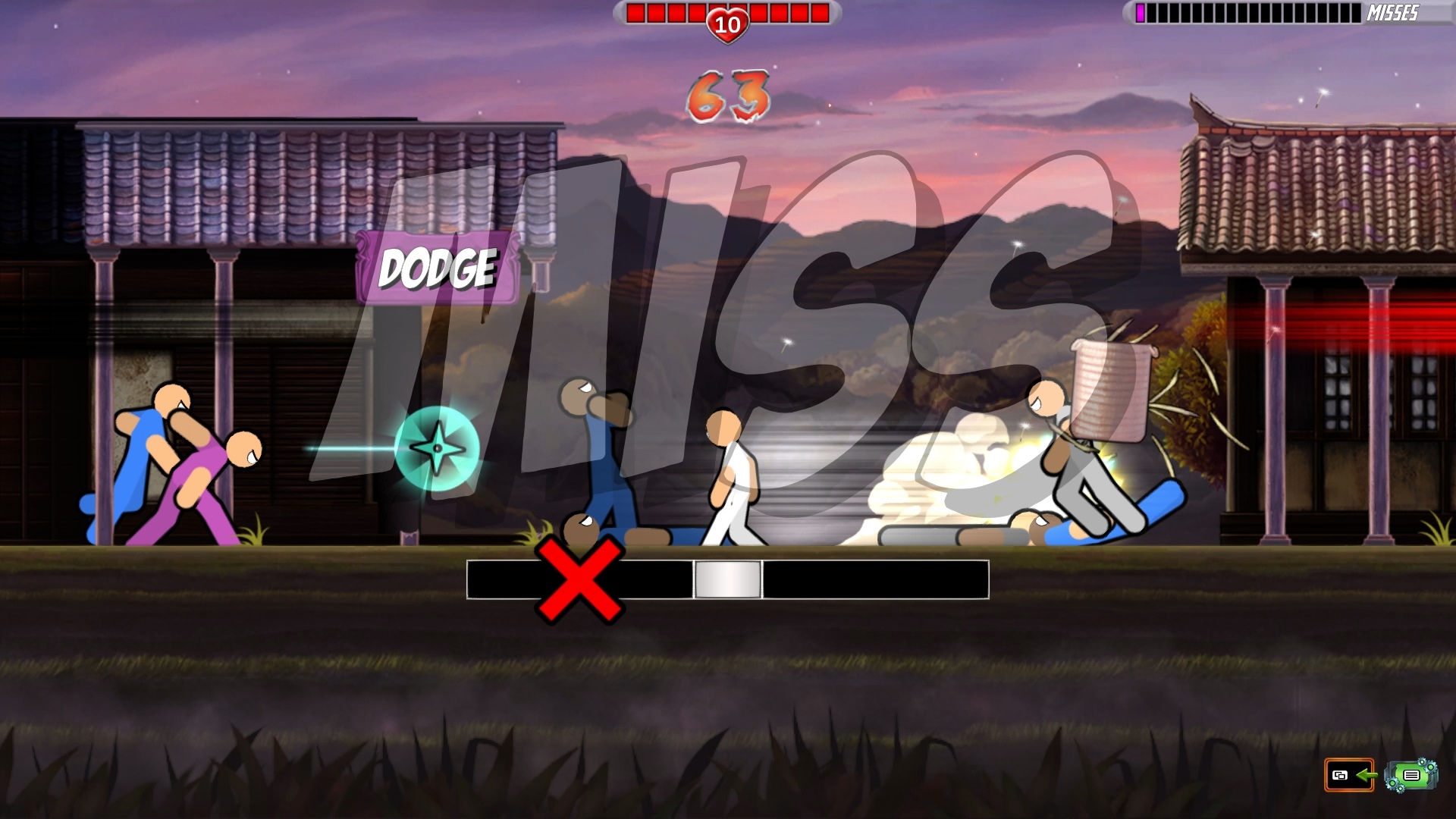 Don’t ever button mash though. Trust me. I mean, the game, or the demo at least, even tell you this almost immediately upon starting, and with good reason: attacking without an enemy/object/weapon in range will result in a miss, leaving you open for a hit – and you can only take so many before it’s game over, at which point the current stage will be restarted. So again, don’t button mash. Take your time, treat it like a rhythm game (even though it isn’t), learn to react to all the different enemy types, and you will come out on top. Maybe.

As for what’s new, different, and just plain awesome, in this here sequel, well… a lot. The most important addition, in my opinion, is just how much the level of visual feedback can be tweaked: don’t like blood effects, camera shake, slowdown when objects break, or all the info popups? Disable them in the options menu! Want your stickman character to look a little more human? Also possible. Co-op? Yup! Independent volume levels for master, music, and effects (aka. fx)? You got it. That last one is something I feel should be mandatory for games released this side of 2010, but alas, much too rare. 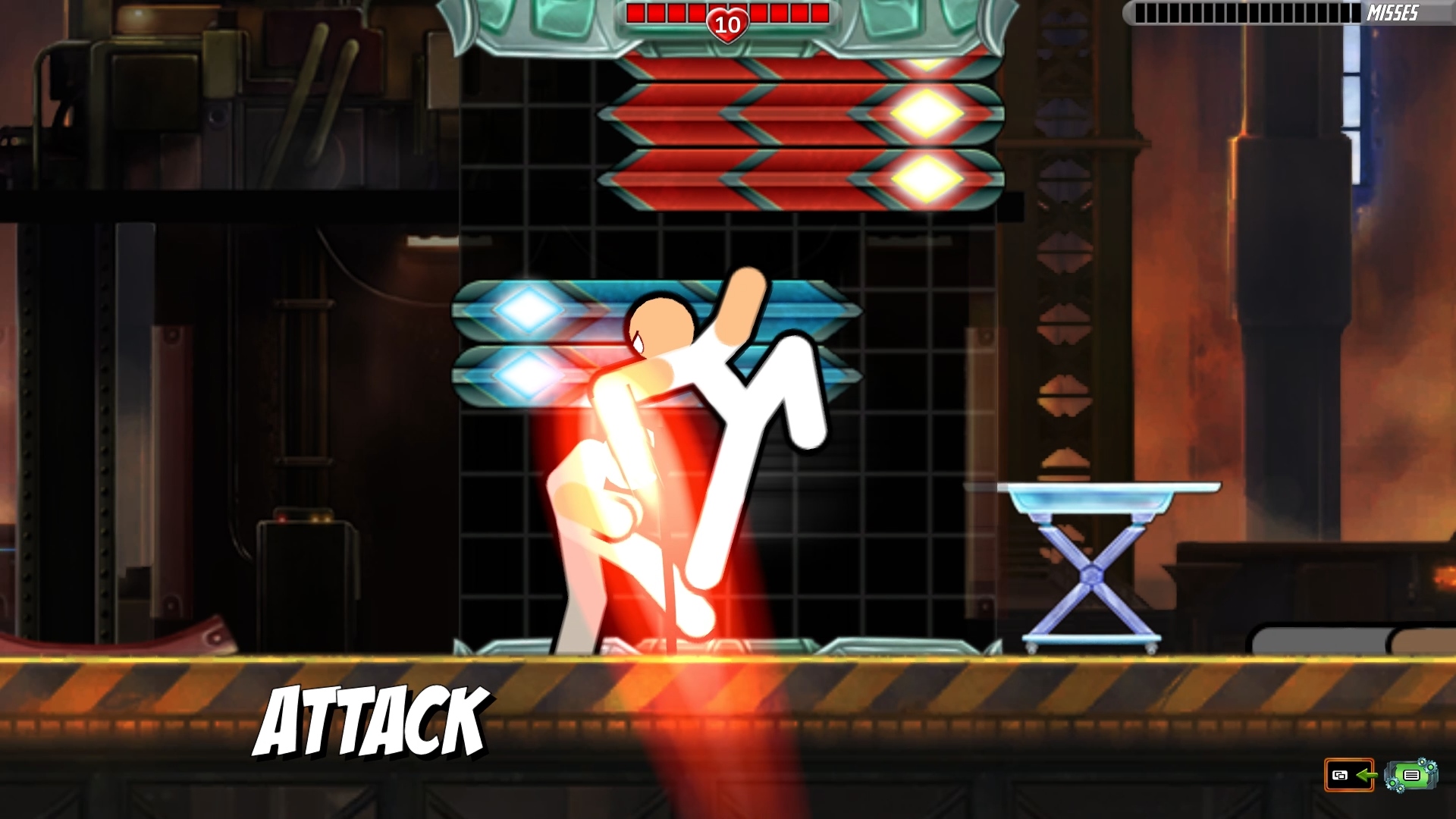 Honestly, there’s so much goodness in this demo that I’d recommend heading over to the game’s Steam page and trying it for yourself, rather than have me detail its contents further, ya know? April 15 can not come soon enough, and with it, dozens of hours of One Finger Death Punch 2 awesomeness across 600(!) levels, endless survival towers, gauntlet runs, and of course, skills. Lots of skills. Or I suppose ‘randomly triggered abilities’ is a more accurate description, seeing how that’s what they are and all. Yeah. Lots of good stuff.

One Finger Death Punch 2 will be on Steam – where its demo currently resides – come April 15.