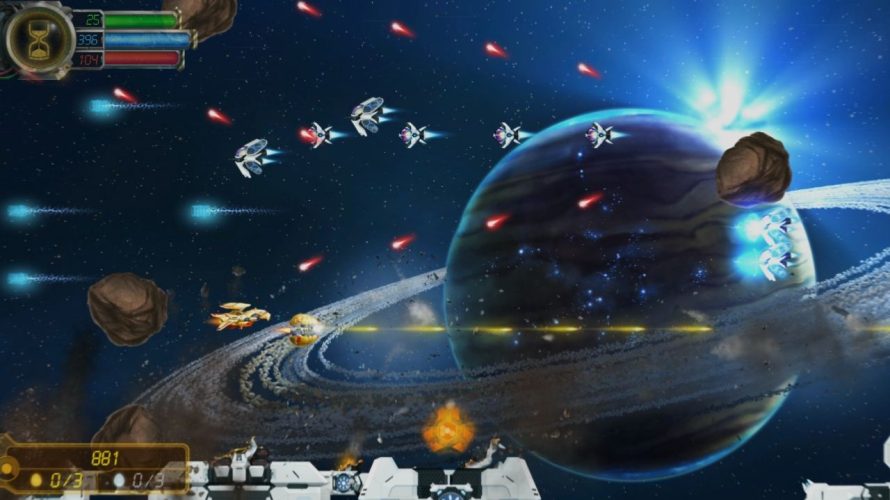 You’re the pilot of a ship called The Golden Eagle and with a crew of intelligent chickens, who.. wait, what?! Ha! That’s definitely original if nothing else (maybe a bit crazy too). An attempt to establish contact with mankind in the Solar system goes horribly wrong, as is met with nothing but anger and hostility, leaving you with no choice but to defend yourself and counter-attack. I’ll never understand why we humans are always such warmongers, but it does make for a perfect fit in this SHMUP from Sumom Games, so I guess war is good for something.

Do keep in mind however, that everything you read here is subject to change since Humans Must Answer is still in alpha stage of development. But aside from that bit, this is easily one of the most impressive games I’ve played in a long time, both visually and in terms of actual gameplay. Sure, it can be a bit difficult, but the challenge is never overwhelming and because it is, in fact, a SHMUP, and not a bullet hell, the main difficulty comes from learning each level. Playing through the same level several times might not be a bad idea since they aren’t randomly generated, as this will help you to think ahead and plan accordingly, something that helped me a lot (note: I still died.. a lot). I’d also recommend against starting out on the highest difficulty, as this comes with a shield strength so low that one hit will destroy your ship. Oh and there are no checkpoints or extra lives, so dying means restarting the current level.

While your ship does pack a punch (and then some) from the get-go, and your main weapon’s energy supply recharges over time, the matter gun doesn’t work like that, so you’re gonna have to keep an eye out for matter containers as you play, to refill that one. Charging into battle while the only weapon you’re able to fire is recharging is a very bad idea, but this is where the in-game shop comes into play, as it can help turn the tide in your favor with plenty of new items and upgrades. 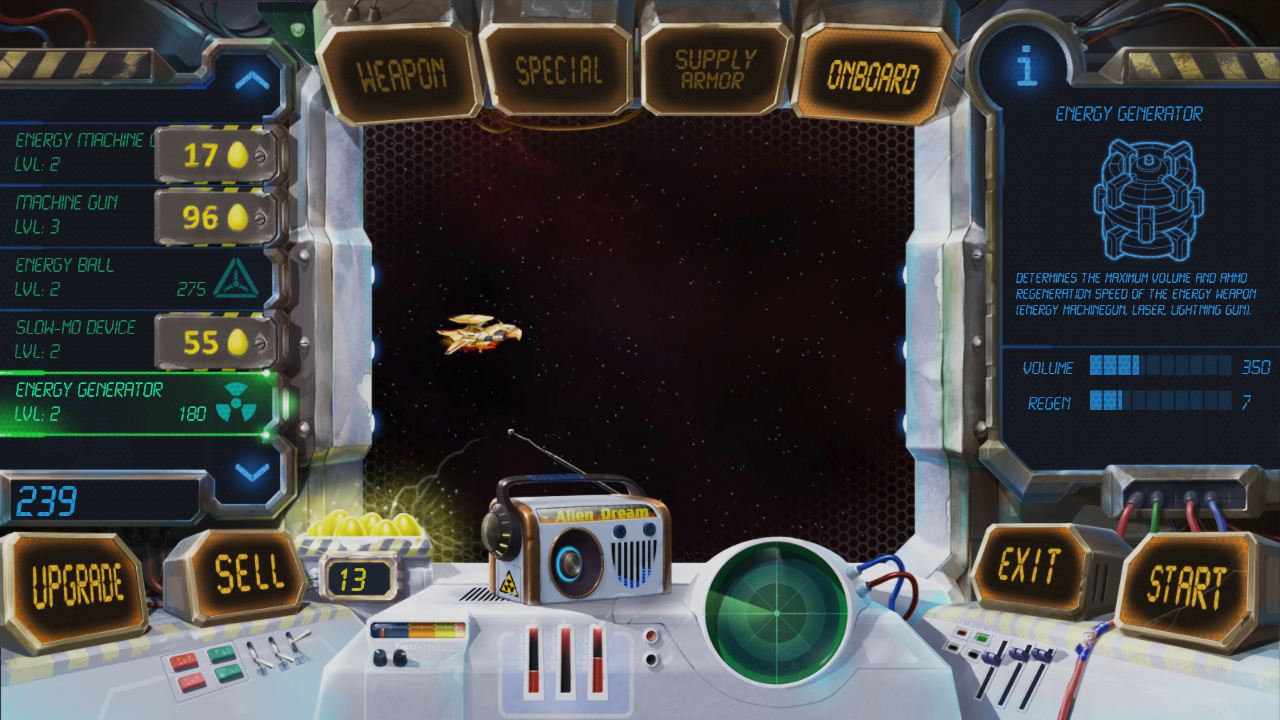 Among other things, it has upgrades that decrease matter consumption rate, improves your shield strength and even some brand new weapons. Most of the time, one or more upgrades will be unlocked automatically after finishing a new level, at which point the only thing standing between you and that shiny new piece of hardware is the price tag. But make no mistake: There is no ‘grinding’ in Humans Must Answer. At all. The only way to increase your available funds is to either remove an installed upgrade, beat an unplayed level or improve your rating in one you’ve previously played. I definitely prefer this method, as it rewards skill instead of repetitive grinding.

Your offensive arsenal is made up of more than an energy-based weapon and a machine gun, as you’ve also got a deployable turret that can be placed anywhere. This may not seem like an important addition at first, but once you figure out how to use it properly, chances are you’ll find it to be an invaluable addition against the hordes of enemy ships; and should it end up getting destroyed, no problem – simply redeploy it! And if that’s not enough, how about the ability to slow down time? I’ve lost track of how many times that little trick has saved my life (and that of my crew.. those crazy chickens). 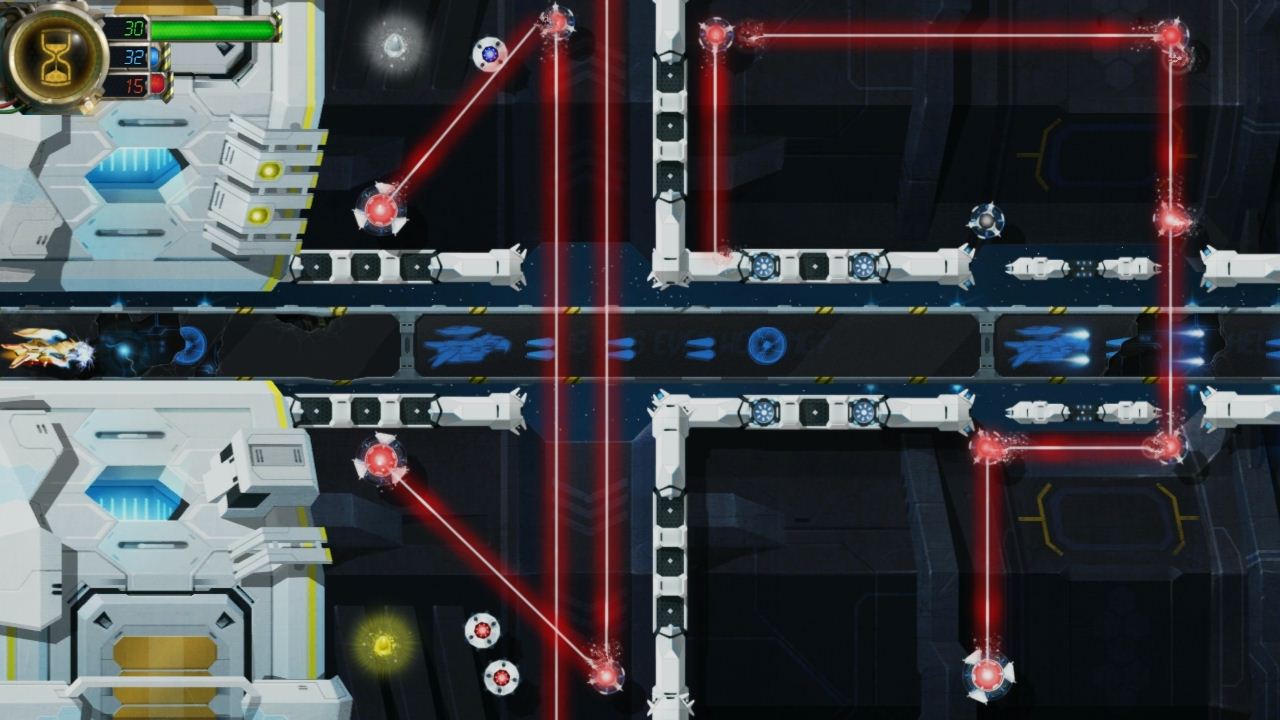 But even with the option of slowing down the hands of time, you’ll need more than quick reflexes to progress, as there are times where very light puzzle solving comes into play. Sometimes you’ll have to figure out how to reroute laser beams to pass by them or deactivate switches (explosions!) to open gates, among other things. There’s also a fair amount of egg hunting going on in every single level (did you forget that your crew consists of chickens?), as you’ll need to collect a certain number of the gold ones to get access to more levels; that and they boost your rating, which is probably why some are in the most annoyingly hard-to-reach places.

Although the alpha demo I played only had five levels, I’ve been informed that the developer is aiming for at least twenty in the full release, which I’m very much looking forward to; if that wasn’t blatantly obvious, after reading this article. According to this blog post, they are planning on releasing a public demo at some point, which should help move their Greenlight submission along. 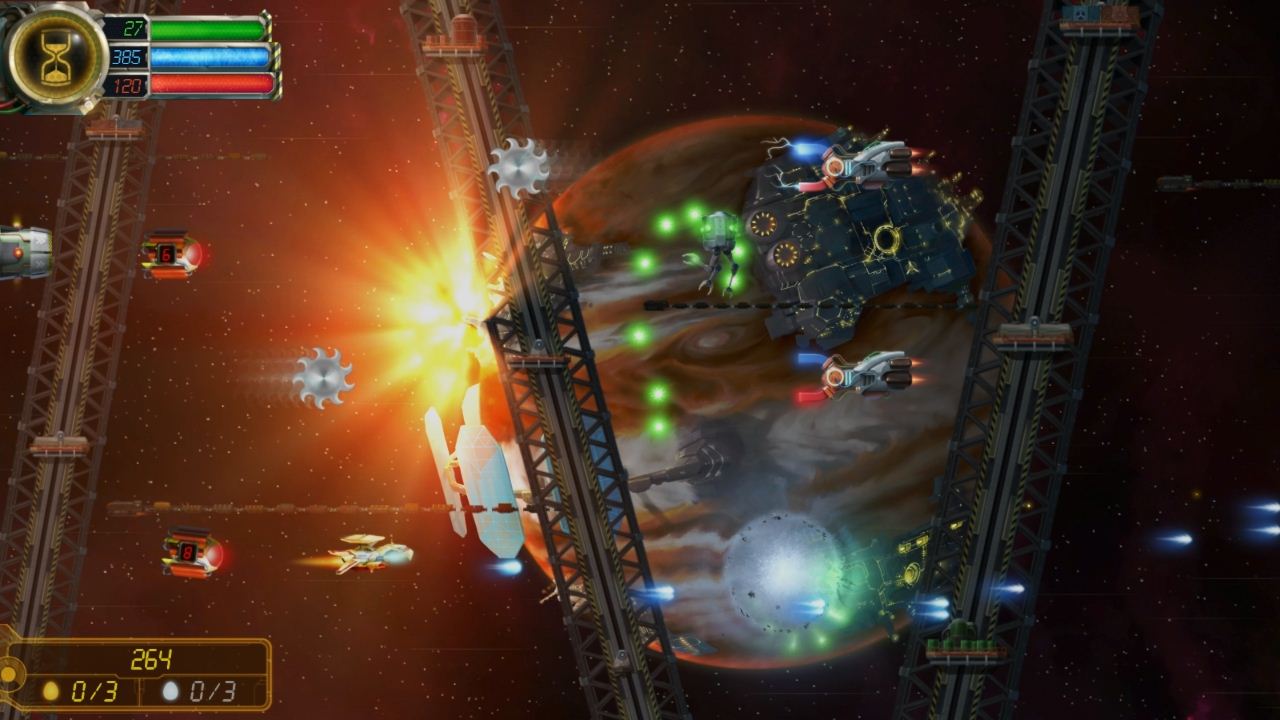 So while Humans Must Answer has gameplay reminiscent of classics like R-Type, Gradius and similar titles from back in the day, with a couple of new ideas thrown in for good measure, the visual side of things is definitely not from that era. Now, I’m not one for eye candy, but even so, I have to admit that this game does look incredible, with lots of attention to detail on just about everything, from gunfire to explosions (explosions!). All in all, it seems to be the real deal, with a mix of modern-day visuals and old-school SHMUP elements, with a story that’s just the right level of crazy and three difficulty levels. Just don’t start on hard right away, unless you want to get your ass kicked; which the game just might do anyway – no checkpoints, no extra lives, no mercy. Just you, a crew of chickens and plenty of action!

When talking controls, I’d highly recommend a 360 controller for Humans Must Answer. I’m sure that some people prefer playing with a keyboard, and having the option is appreciated, but I simply couldn’t wrap my head (hands?) around that. Maybe being able to remap the keys would have helped? I don’t know, but hey, did I mention that the game is both difficult and oh-so-good at the same time?

Hopefully, Sumom Games will be releasing that public demo sooner rather than later, so everyone can take flight in The Golden Eagle!

Facebook Twitter LinkedIn Pinterest Tumblr WhatsApp Telegram E-mail
Previous article Help Dawn Get Back Home In the New iOS Adventure 'Shardlands'
Next article Charming 2D Puzzler 'About Love, Hate and the other ones' Has Arrived On iOS