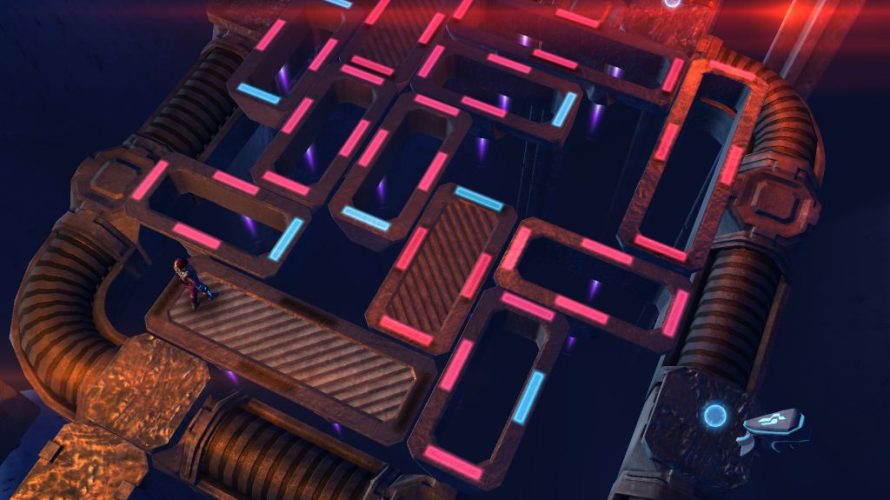 You play as Dawn, lost in an alien world and with no greater wish than to get back home. Unfortunately, there are plenty of monsters, puzzles and several deadly devices between her and the ancient machine that will let her leave this place.

Shardlands is an action-puzzle game, built from the ground up for touch devices and features an isometric point-of-view with amazing looking visuals along with very impressive dynamic lighting effects.. But since good graphics only carry a game so far, it’s a good thing that the developer put plenty of substance in it too, with a total of 20 action-packed levels. These contain typical puzzle stuff like switches to press and sliding platforms that’ll let you bridge otherwise untraversable gaps, but also more interesting things like laser beams and teleporters (the latter can be useful for escaping from monsters).

Since you’re unable to attack directly, getting past (or even rid of) monsters is going to take some creativity, rather than brute force. An example would be to lure one on to a sliding platform, and then remove it underneath the poor sucker. Or, you could just be stealthy and avoid them altogether, but where’s the fun in that? It’s obviously a less violent approach, but don’t forget that these guys are not exactly the friendly kind, even though you are a stranger in their world.

If you feel like helping Dawn get back home, Shardlands can be picked up on iTunes for $1.99. Have fun!