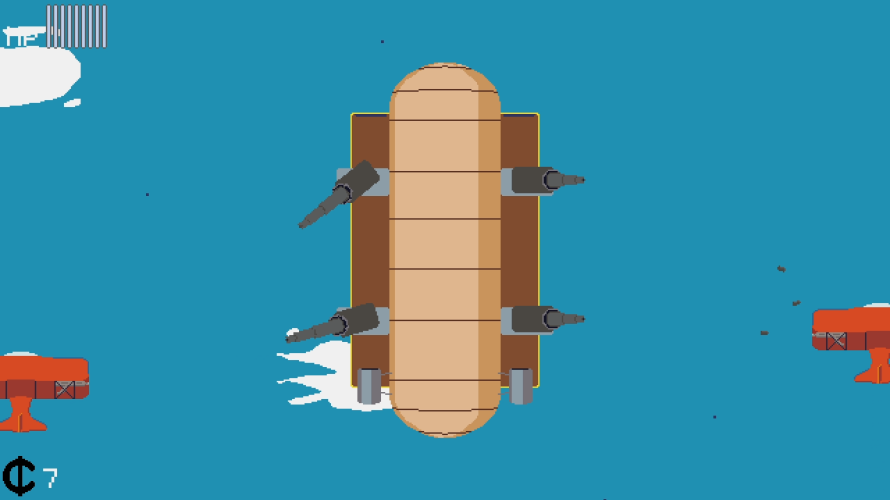 Choose your path by clicking on nodes, reach the boss, defeat it to win. Yeah. If only Hostile Skies was that simple, I might have actually emerged victorious. Alas, try as I might, guns blazing, rockets blowing up enemy aircraft left and right, shops doing their best to keep my ship upgraded… that darn boss ship always got the better of me. But let’s take it from the top, shall we?

So, Hostile Skies await – which, incidentally, is also the name of the game – and without a bit of luck, you won’t get far. Luck and learning-by-doing, seeing how the nodes on the randomly generated world map aren’t actually explained. That said, what’s what is easily identified: sword indicates combat while two means attacks will be coming from both sides at once, dollar signs are upgrade shops, question marks are random events, the amount of green goo on a node defines the difficulty of an encounter (I think?), and of course, that nasty-looking skull at the end is the boss. 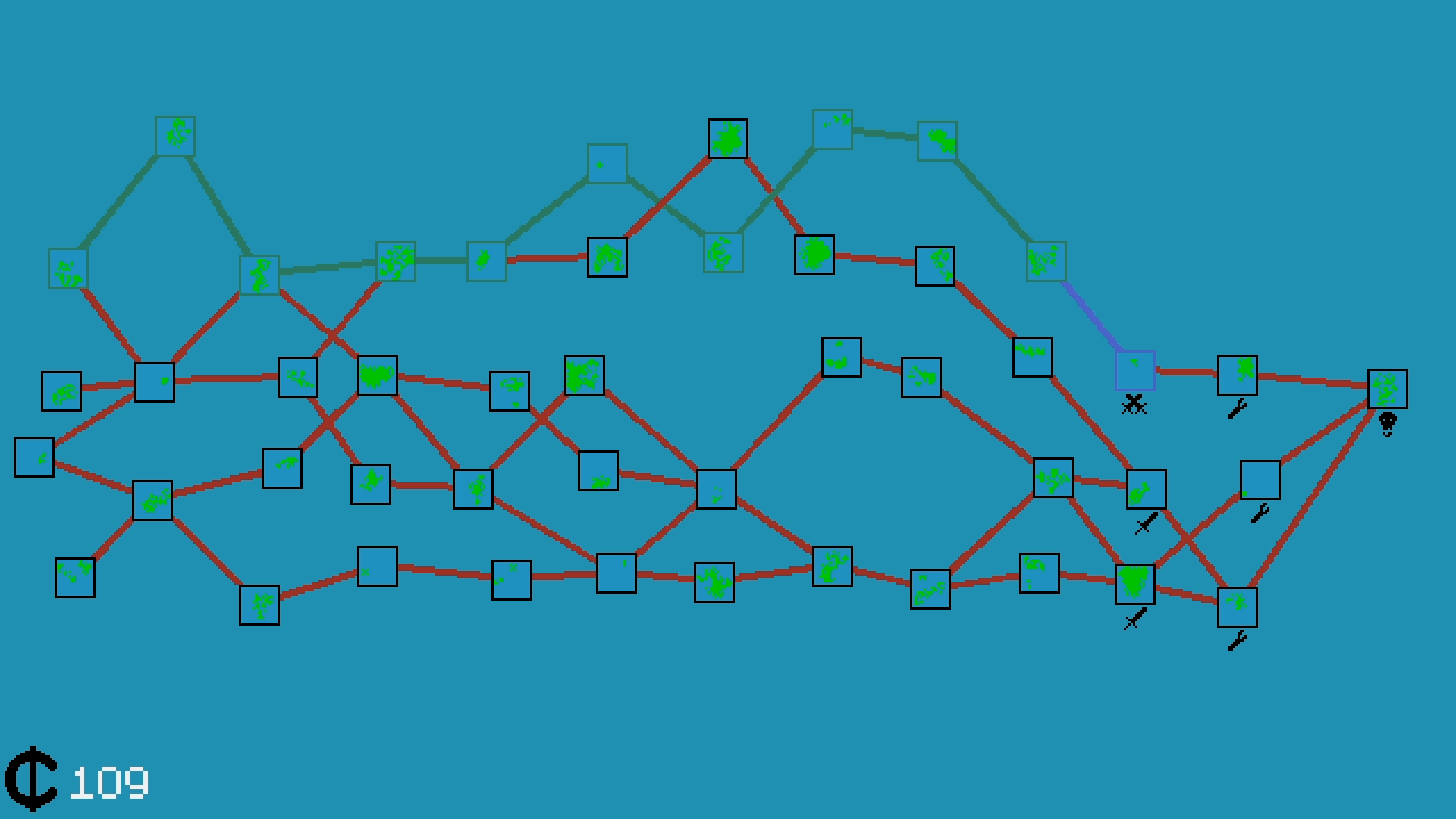 Choose your path from left to right, fight by aiming your guns, lasers, rockets, flak, particle cann– wait, that last one ain’t in the game, but the rest sure are and far as I can tell, the main difference between the lot comes from usage, nothing else. How many hits it takes to down an enemy aircraft is always indicated by whether your weaponry has one, two or three levels, after all. So what it comes down to is, quite frankly, how you prefer to play. Rockets fire more rapidly than lasers, for example, but each shot has more travel time while a laser beam, unsurprisingly, immediately hits its target. Whether packing one of each type is preferable to simply decking your arsenal out with a single personal favorite remains to be seen. I opted for lasers early on and never looked back. Might have been why I struggled so upon finally reaching the boss. Yeah. Maybe.

Whatever the reason, thundering defeat and all, I had plenty of fun with this 7DRL 2020 submission, although RNG definitely wasn’t in my favor as so many events ended up resulting in me losing at a game of cards. Then again, there must be a loser for there to be declared a winner, ya know? Or something along those lines. Perhaps you’ll fare better than I did. Only one way to find out, so… flight suit up!

Facebook Twitter LinkedIn Pinterest Tumblr WhatsApp Telegram E-mail
Previous article Build Ever Higher With Paintings, Aquariums and Even Plain Ol' Blocks in 'Stacks On Stacks (On Stacks)' Through Masterful Balancing
Next article 'AdventureJam 2020' is Almost Upon Us With Optional, Relatable Themes