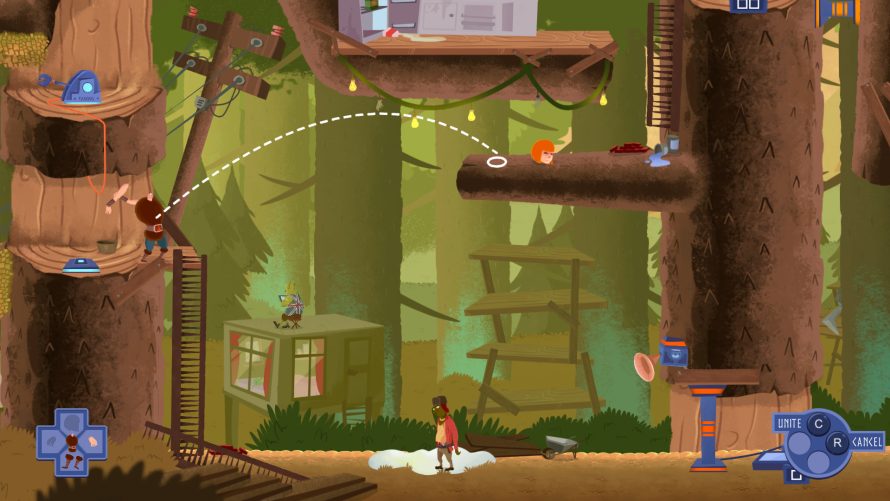 Looks like Perfectly Paranormal is at it again with another zany 2D adventure, this one starring Bjørn, a pacifist Viking with… surprise: an abnormally broken body. Also, he’s dead. No coming back from that, so next stop, Valhalla -- right? Yeah, not if he has any say in the matter, as then his new permanent residence will be in Helheim, detachable body parts and all. What a Helheim Hassle.

Having played Perfectly Paranormal’s prior outing, Manual Samuel (and reviewing it), fairly recently, if nothing else, I can certainly confirm that this crew knows what they’re doing when it comes to the creation of unique and interesting mechanics. But while Manual Samuel put players in charge of a barely functional douchebag -- buttons needing mashing to breathe, blink, etc. -- this one seems heads in a different, yet somewhat familiar, direction: its protagonist’s limbs can be detached and combined at will! Disgusting? You bet ya, but at the same time, something like that is bound to make for genuinely groovy puzzles. Puzzles which hopefully end up being more than the sum of their… body par-- ahem.

Play as Bjørn, a pacifist Viking that can detach and combine limbs at will to solve challenging puzzles and get out of uncomfortable situations involving desperate Norse Gods, Goblins, Dragons, wild animals and angry horsemen.

Right. Anyway, based on the screenshot above all of these words, it seems we’ll be able to detach about as much as one would expect: two arms, a pair of legs, and Bjørn’s head. Not bad, but what’ll happen when we combine them? I’d wager this will be the first time many get to experience a running head. Or the throwing of their own legs. In-game that is. And now I’m going to be very disappointed if none of those things turn out to be part of the experience. Very disappointed. Mention is made of “90+ puzzles” across “14 levels” after all, so surely… maybe… hopefully? Ah, a man can dream. Dream of overcoming obstacles by detaching limbs. In a video game called Helheim Hassle. Good stuff.

Helheim Hassle will be on Steam, Switch and Xbox One, “soon”.