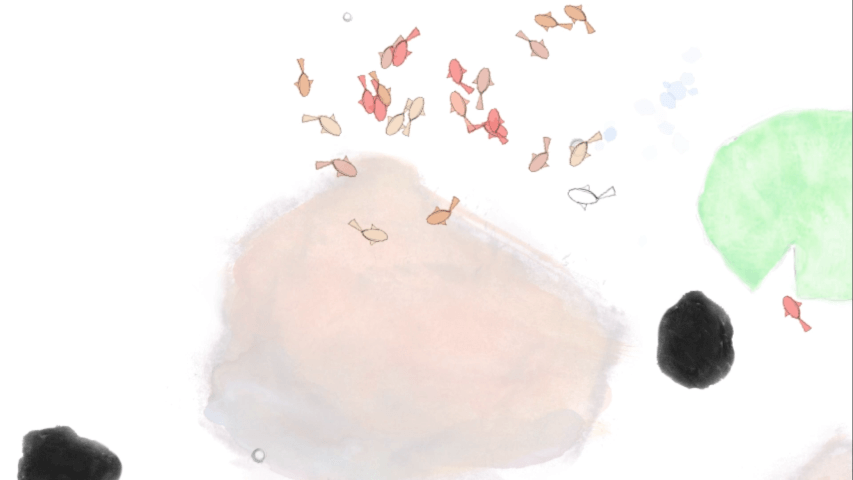 Mankind has long since taken to the art of diving, exploring the deepest of oceans through various means. But no aquatic exploration gear, submarine, or whatever fancy gadgets are available today for delving into the deep blue, compare to actually being… a fish. Which is exactly what you get to do in Guppy! Oh, and do keep an eye out for pesky aquatic predators.

Now, while I did initially review this game back in 2013, according to the developer, a lot has changed; plus it’s on Steam now, which is apparently THE place for picking up games, new and old. As for that last bit, eh, don’t know about that. There’s still itch.io, and to some extent, GOG.com, ya know? But this is not about me promoting my favorite digital storefronts, so let’s get back to why Guppy made such a big splash in my books.

Simply put: the game is just… a joy to play, and a simple one at that. Within seconds, I’d wager almost anyone will be able to flex their body back and forth, dashing around what I expect to be a sizeable pond; and unlike real waterbeds, this one’s procedurally generated! No two attempts at beating your own high score, which is based on how many flies you manage to gobble up before someone bigger makes a snack out of you, will be the same. From lily pads to rocks and other tiny fishies -- different every time.

On top of that, did you know that it’s dangerous to go alo-- oh alright. It really is though, which is why I’d recommend bringing a friend (or enemy?) along for all that splishing and splashing, now that Guppy actually supports co-operative play. Just mash that enter key and you’ll be… well, either munching on flies at twice the rate or make a king-size meal for hungry predators. Hopefully the former before the latter, but sooner or later you will come to realize just how fickle the life of a guppy (the protagonist) is.

Guppy is available from itch.io and Steam, at $3 and iTunes and Android, at $2.