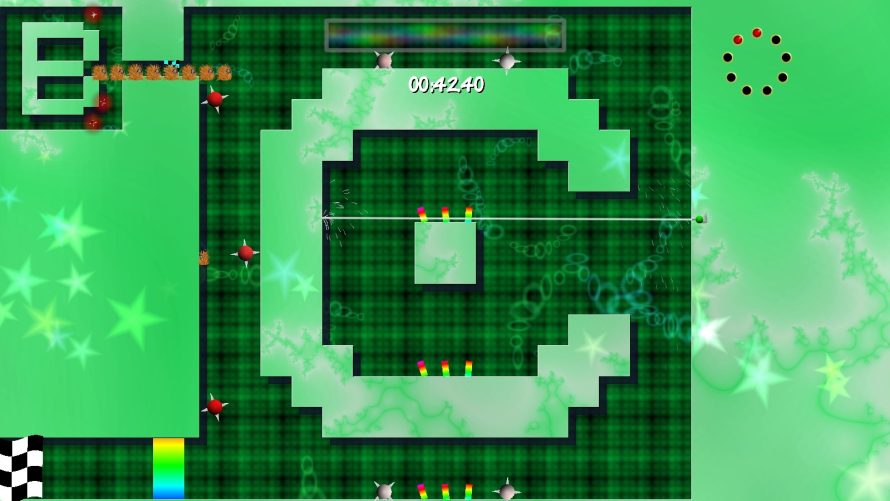 Being able to alter your size in a 2D platformer is nothing new (Super Mario Bros. anyone?), but Growing Pains pulls off this particular feat, in a way so that it still feels fresh. Fresh and challenging. Oh so very challenging. With finite lives and a constant growth spurt, you’ll be facing not only environmental hazards, but the clock as well!

Like most other genre entries, everything starts out simple enough with colorful, relaxing levels, in which collecting rainbow pillars (for lack of a better term) is mostly a matter of timing your jumps. But it’s not long until you’ll be dodging all kinds of stuff, from deadly pits to spike balls and oddities like moving spike balls. Suffice to say, this one’s not for the casual crowd, as much as for those who enjoy challenging themselves and/or speedrunners.

Not that those of lesser skill/patience should ignore it however, for with three difficulty levels, each of which adds more hazards to the level, most should be able to jump right in and at least finish bronze. But as far as silver – and especially gold – are concerned… no. This is where my remark about speedrunners come into play. Even the first level on gold (highest difficulty) is nuts, and while those nine lives may seem like a lot, believe me, they really aren’t. 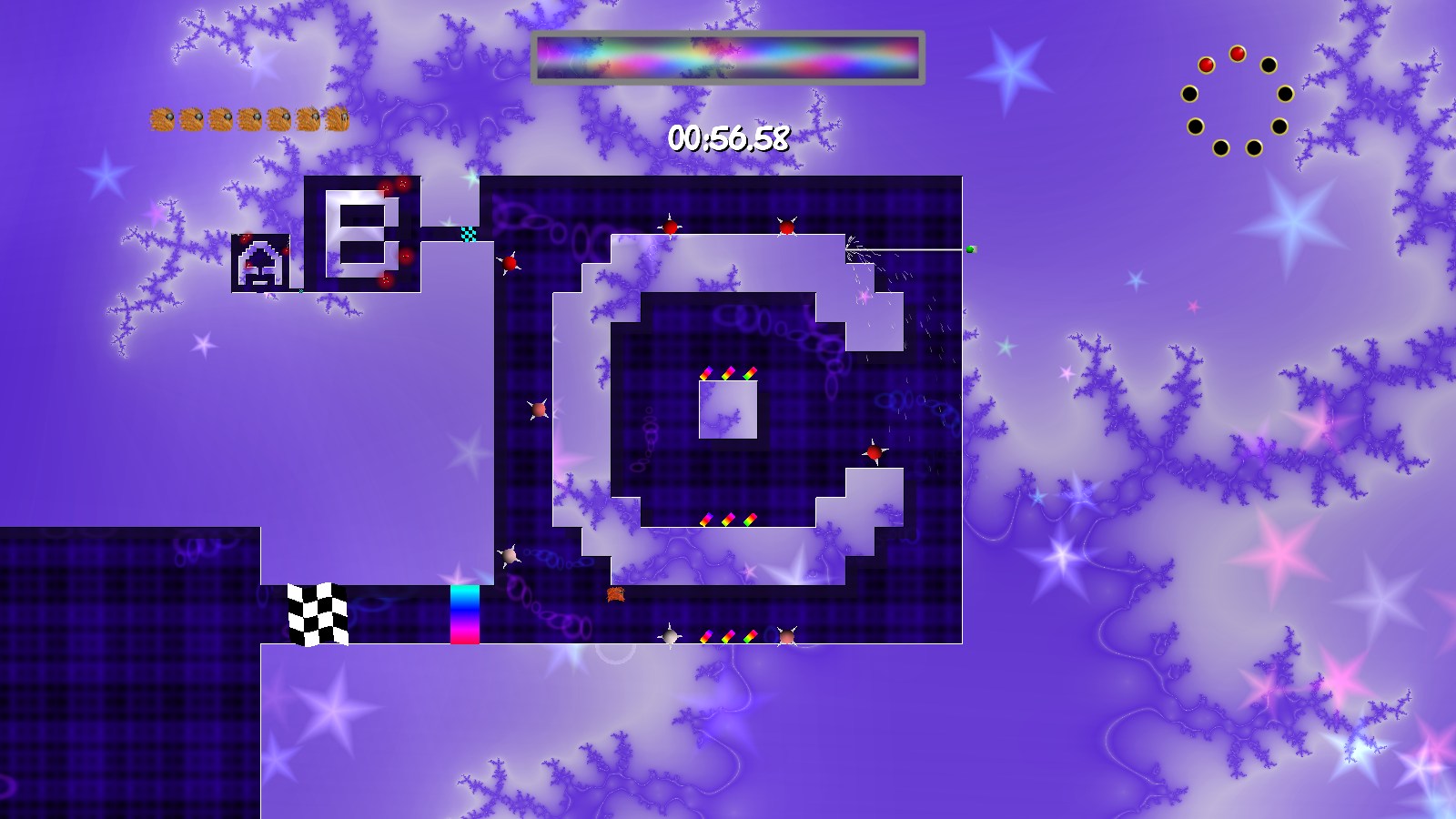 Fortunately, controlling the furball-ish protagonist isn’t overly complex though, and while its movements could arguably be smoother, there’s no input lag or other faults to blame upon dying. That said, the ‘bounce’ mechanic might take some getting used to: upon landing, the second the character blinks red, you’ll be able to jump again, going even higher! Practicing this move is a good idea, as it’ll make the later levels easier, and faster to boot. On top of that, you’re able to slowly slide down walls and pull off crazy wall jumps, both of which are quite useful in reaching those shiny rainbow pillars.

But while being able to bounce around is fun and all, you do have to be quick about it. Each level is divided into sections, the exit marked by a checkered flag, accessible only after grabbing every last rainbow pillar. Easy enough? Well yeah, except, the longer you spend in the same area, the more your size will increase, to the point where, well, let’s just say it ain’t pretty. Could just apply some shrinkage, although, like your lives, this stuff is also in limited supply.

All in all, I’d say that while Growing Pains is not for everyone, the growth mechanic, three wildly varied difficulty settings, online leaderboards, solid controls, and simple visuals do make for a complete and fun package. I’m generally terrible at these ‘brutally challenging platformers’, yet bronze was cleared with little frustration, so… how hard can it be? Needless to say, silver and gold are way out of my league, but if you enjoy precision platformers that’ll really test your skills, chances are you’ll like this one.

Growing Pains is available for Windows from Steam, priced at $4.99 and without DRM.