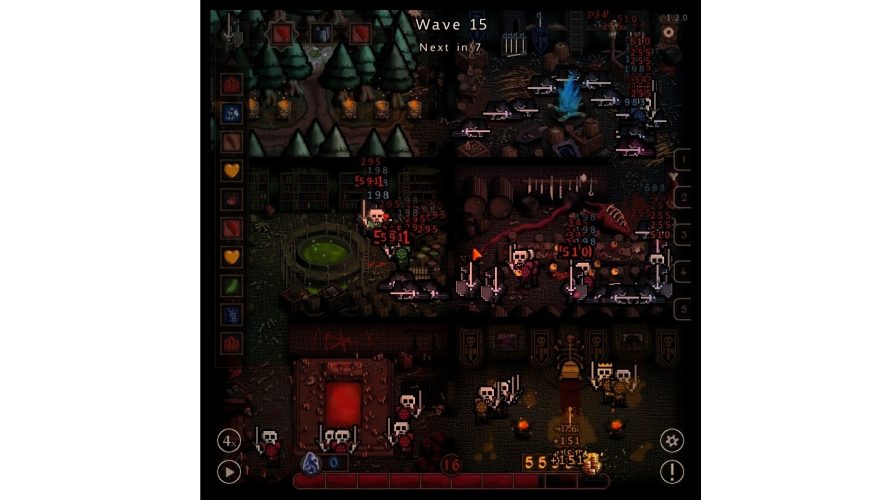 Well I’ll be… looks like someone finally put a clever twist on the tired tower defense formula. There are no units to plot down on the battlefield and the route for enemies to traverse is incredibly basic. Normally that would make for quite the snorefest, but thanks to clever gameplay mechanics, The LootCastle manages to set itself apart from the norm, and in a great way too.

The setup is simple: knights are invading, looking to kill the skeleton king and, well, plunder! The only way to thwart this rather hazardous invasion is to tweak and upgrade the barracks, kitchen, laboratory, altar and throne room; although not necessarily in that order. In an odd, albeit clever twist, your defenses are crafted by skill trees, rather than the more traditional ‘tower placement’ method.

Each wave of knights will have to go through the rooms one at a time, facing a ruthless army of skeletons, as shaped by the aforementioned skill trees. One [room] may be packing bolstered units full of health, while the next brings poisonous attacks, and provided you’ve enough experience/money, the setup can be changed instantly. 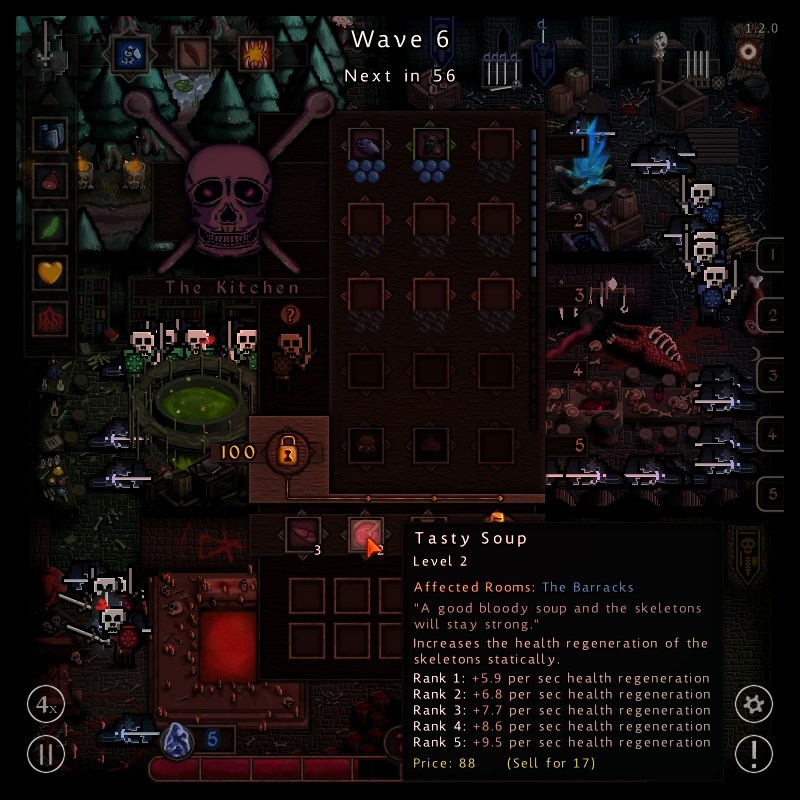 You won’t be able to simply pick and choose, however, as the options available for building each row in the skill tree are chosen at random, by the role of a die (which can be recast for a small fee). Once placed, you’ll be able to upgrade them a total of five times, which is something I’d highly recommend doing ASAP. Just remember to keep an eye on your experience, as upgrades – like skill purchases – come at a cost.

In order to stay on top of things, since each wave becomes increasingly challenging, you’ll have to move down the skill tree every so often. This lets you access stronger, more powerful skills, but… not until after 25+ points have been invested in the tree. Oh, and you won’t simply be able to go further and further down after the first 25 points, because the top row will be sold, setting you back to 0 every time.

Some skills yield a flat (or percentage-based) increase to health, damage or crit chance, while other are triggered upon certain events, like skeletons performing a critical attack and such. Also, generally speaking, adding a buff to one or more rooms is a great idea, but make sure you read the fine print because most skills come with a positive and a negative. Trading increased health for less chance-to-block might not be worth it, depending on your current configuration. 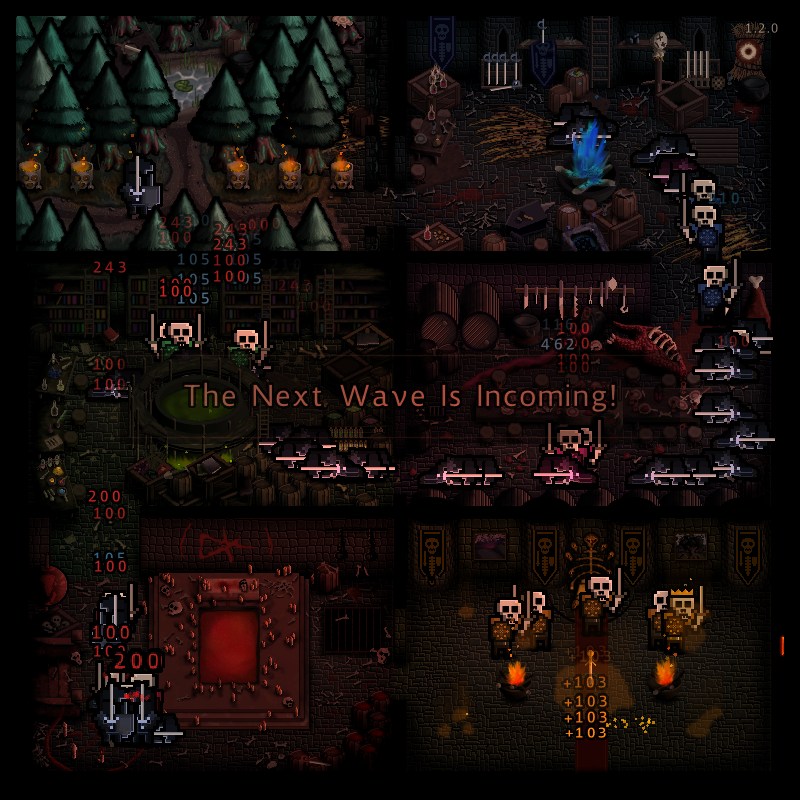 Given the hectic nature of it all, especially if playing at x4 speed, it’s fortunate that the game lets you pause whenever, managing each skill tree at your own pace and such. Do be swift about it though, for I kinda doubt your undead combatants are the most patient lot, in spite of being, well… dead.

If you enjoy to chew over skill trees, discovering and experimenting with synergies of skills while being attracted by random, rare loot – The LootCastle is definitely a game for you.

Now, while playing the game can be both fun, strategic and quite original, I did find myself longing for a mode other than ‘endless’. Achievements do unlock modifiers though, which does spice things up a bit. For starters, how does an increased number of enemies sound? Loud, I bet! Ha! Anyway, maybe you’d prefer an increased income/XP rate? Heck, why not have your skeletons deal more damage while we’re at it? Or go nuts and activate them all at once! Yup, plenty of ways to tweak the overall experience; once you’ve unlocked the right skull(s) that is (wait, skulls as modifiers? Halo!). Uh, right. Anyway… long live the skeleton king! Yeah!

The LootCastle is available for Windows from Desura, priced at $6.99 and without DRM.