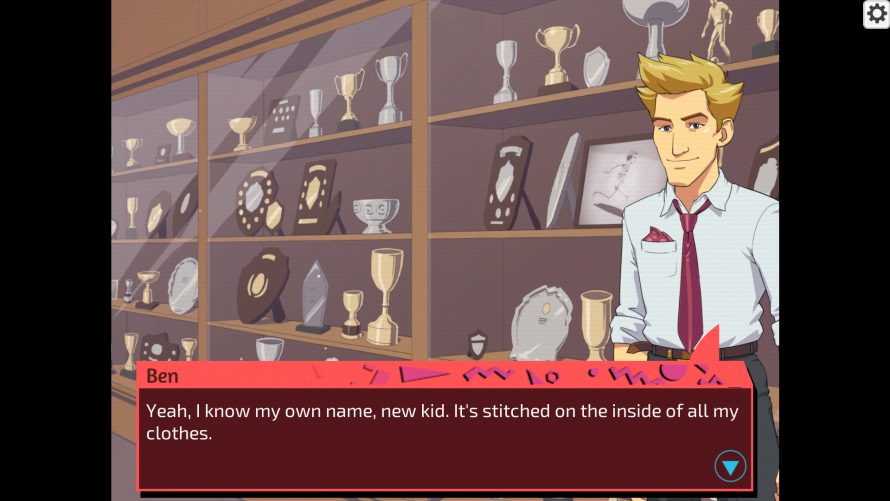 In less than a week, fan favorites Ben and Dan are set to make what will hopefully be a triumphant return in Lair of the Clockwork God (remember?), complete with bickering aplenty I’d wager, as the two apparently don’t quite see eye-to-eye in this one. Oh, and chances are that will also be the case in Devil’s Kiss, a visual novel prequel that takes our two protagonists… back to school. Oh boy.

Now, school can be many things, and for some, I suppose it’s even a downright fun time/place. Except that this is a video game -- a visual novel, at that -- and it stars Ben and Dan. Yeah.  It’ll be fun alright -- for everyone but those two. Which is great, don’t get me wrong. Just saying that… well, they could try to get into less trouble, just this once. But that would be asking for a miracle, so here’s to a good time full of crazy shenanigans (and a genuinely disturbing/disturbed headmaster) instead. Also, apparently the game contains flirting. Lots and lots of flirting.

Hang out with the personification of Point and Clicks, RPGs and shooty-bang adventurers, and get swept along on a mysterious Globe-spanning conspiracy!

Flirting and… wait, did I mention the headmaster? Because something’s definitely not right about that guy. It’s almost like he’s some kind of demon. Ah, he actually is. Just look at the trailer below. You’ll see. I’m not crazy. He is a flippin’ demon! Did someone say ‘conspiracy’? Yeah. That too. Best prequel ever.

Devil’s Kiss will be available on Steam come February 21, bundled with Lair of the Clockwork God. (Or $2 by its lonesome.)