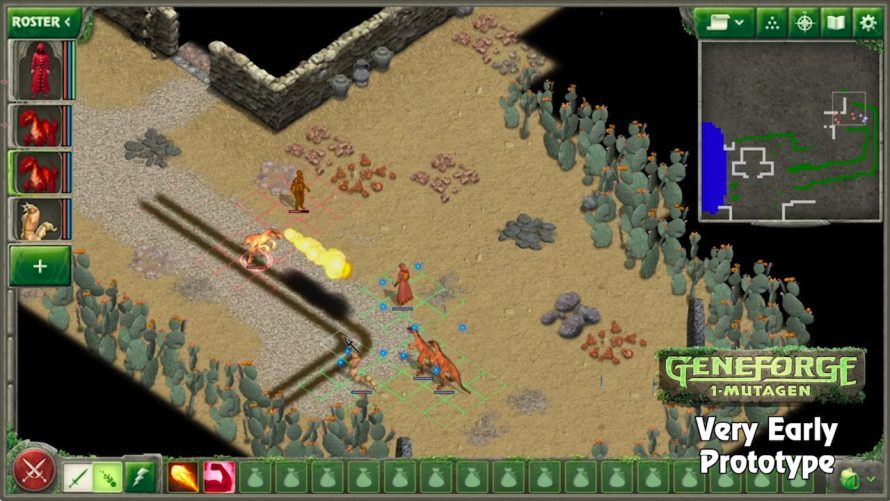 Spiderweb Software has been around for a very long time. Probably even longer than some of my readers, which means… their earliest works are getting old. Really old. In the case of Geneforge, old enough to drink! Since age has the unfortunate downside of bringing reduced visual fidelity (among other things -- both in video games and human beings), what say we get this darn groovy looking remaster, Geneforge 1 -- Mutagen, kickstarted?

At least, that’s what I would have written, had I gotten around to covering this yesterday. Because even before I started this article, believe it or not, Spiderweb Software’s goal of amassing US$ 30,000 on Kickstarter had been met! That said, as with any good project, Geneforge 1 -- Mutagen has several stretch goals in place: if US$ 50,000 is reached, they will be adding “a new, special, powerful endgame creation to serve you”. Neat stuff, eh? Oh, and if it goes as high as US$ 75,000… we’ll get “a new multi-zone region”, overflowing with all kinds of adventures, enemies, loot, quest lines -- all that sweet stuff.

Ah, right. Some of you might not be familiar with Geneforge, given its age and all. Well, simply put, Spiderweb Software’s “goal of breaking every design rule we could think of” paid off, as the end result was an open-world fantasy RPG unlike any other. One in which players had significant amounts of freedom in regards to how everything would conclude and, potentially even more awesome, build an army of mutant monsters. No, really. 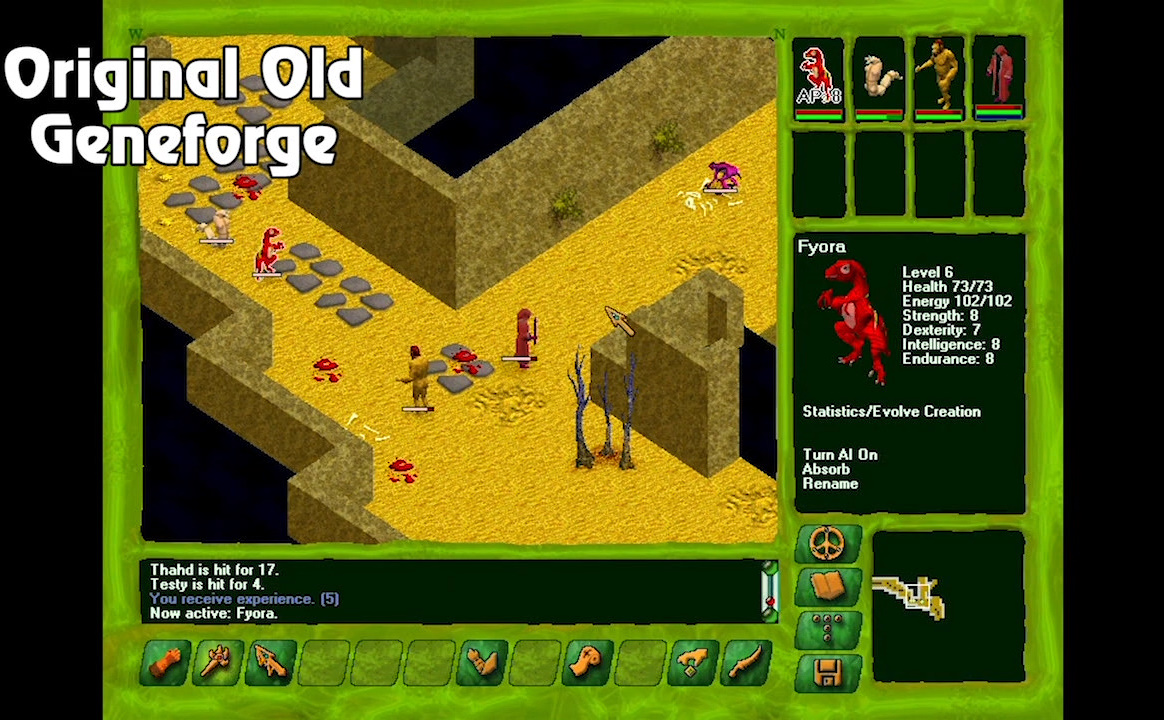 But that was then, this is now, and today, the Geneforge saga spans five vast chapters. Hopefully, if this first remastering proves successful (which I’m fairly certain it will, given how quickly the US$ 30,000 goal was reached), who knows -- maybe Geneforge 2, Geneforge 3, Geneforge 4: Rebellion, and Geneforge 5: Overthrow, will eventually join it? I certainly hope so, because as the Kickstarter page notes, “the interface and graphics are hopelessly crude”. Now, I absolutely love me some archaic ancient game design, pixels and all… but I’ll still gladly buy a ‘modernized’ version of Geneforge (and its four sequels… hint hint).

So… what say we take care of those stretch goals, eh?