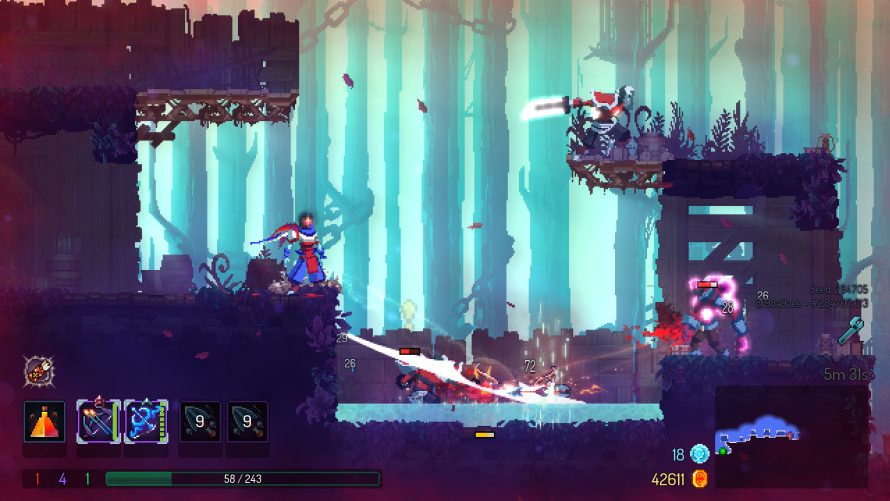 If I were to make a list of indie games that have gotten substantial post-launch support by way of free content patches, Dead Cells would definitely make the cut, its 19th(!) update recently released, and you better believe there’s a reason for them labeling it the ‘Update of Plenty’: reworked weapons, economy, DoT, and damage mutation, are just the icing on what is an undeniably delicious (and big) cake.

When last I wrote about Dead Cells, it was to share the reveal of its first premium DLC – The Bad Seed – in which players would get to experience new areas in the form of The Arboretum and The Swamp, take on new enemies and gather new equipment – you know, typical (but good) expansion stuff. But that was then, this is now, The Bad Seed is out… and Dead Cells sales have passed 3 million! That’s right, 3 million. Wow. Even though the higher difficulties still terrify me, I still absolutely love the game, and having played a proper good chunk, all I have to say to that milestone is ‘well-deserved’. Easily among the best indie games, I have ever played; right up there with the likes of Gemini Rue, Slay the Spire, and Grim Dawn!

Anyway, enough of that. There’s a ginormous patch to talk about, and while it is tempting to go over everything I shall restrain myself to a handful of highlights – so as to not make this article several thousand words long. First and foremost, finances revamp! No really, monetary numerics have changed significantly and, well, gold scaling is gone. Gone. Just like that. As part of this, “gear price now goes up with item level”, shop categories are “stats instead of equipment type”, and Shop Reroll is free… albeit with certain caveats. The rationale behind these changes is, according to the developer, that on higher difficulties, spending gold on healing meant there wouldn’t be enough for much else. An obvious issue that has hopefully been alleviated somewhat in this update.

On the topic of poor scaling, damage mutations also felt less useful on higher difficulties – but no more. Now, instead of giving a bonus DPS to attacks, these now yield a bonus % to damage dealt, meaning that “everything that boosts your attack (item level, item rarity, affixes, etc.) will synergize”. This, combined with reworked – bleed, poison, fire – DoT, and a brand new one in the form of Shocked, a slew of weapon changes, buffs, nerfs, and more than even I can wrap my head around… should certainly provide a more enjoyable experience for that next 5BC run. Easier? Eh, let’s just say there’s plenty of joy to find in even the most challenging games – long as they fight fair – and leave it that that.

Dead Cells is available on Steam, GOG.com, Switch, PlayStation 4, and Xbox One. Its soundtrack? Bandcamp.