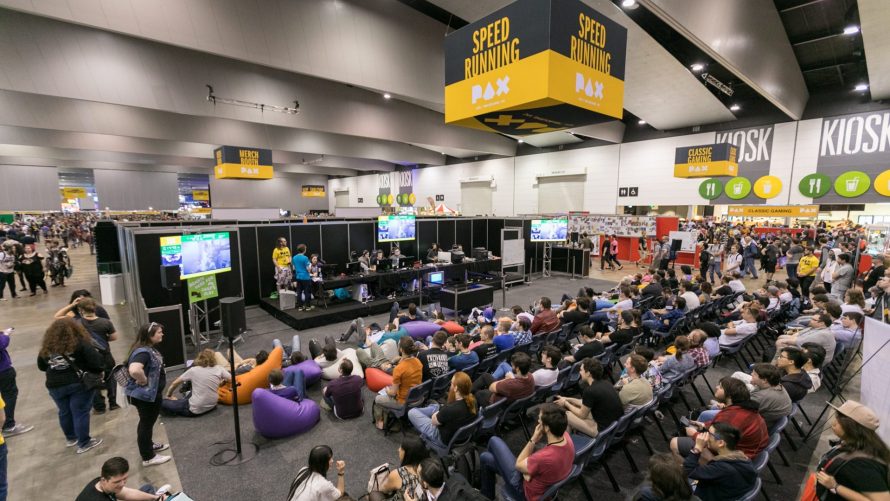 Another day, another gaming expo goes digital for its 2020 iteration. Nothing to see here. Except we’re not just talking about any ol’ expo. This… is… PAX! PAX! PAX West and PAX Aus(tralia) have combined to form the all-powerful, unstoppable beast that is (or will be, later this year) PAX Online! Excited yet?

No? Aw, that’s a shame, but maybe more details will do the trick, because physical or digital, I have no doubt PAX is going to be great. Also, in case anyone’s wondering, the picture above all this text is from PAX Aus 2019. There will be none of that this year, and yet, plenty of reasons to get hyped still exist as PAX West and PAX Aus aren’t going anywhere. They’re just changing the format a bit. A lot, actually. Anyway, here’s what’s what:

PAX Online will be taking place from Sept. 12 – 20 in place of 2020’s PAX West and PAX Aus with a virtual show floor featuring a massive lineup of “game reveals, exclusive hands-on demos, and can’t-miss esports tournaments”. Yup. Definitely sounds like PAX to me, except, again, in a different format. The change from a physical venue to a virtual one does mean more people will be able to participate, however, as then “ugh, there’s no way I’ll be able to afford traveling to Australia/the US” is no longer a thing. Just fire up your favorite browser and get ready for 24-hours-a-day fun during those 9 days.

We’ve got our work cut out for us, but we’re hoping that while everyone’s living on the internet, we can maybe help it feel a little more like home.

Or at least, that’s what I want to say, but at the time of writing, the streaming platforms have yet to be revealed. Chances are Twitch and YouTube – being the two biggest and all – will make the cut, though. One thing that is known is that the three(!) channels will feature Esports tournaments, panels, competitions, and… a few surprises. Groovy. Oh, and how about downloadable demos to top it all off? I don’t know about you, but I can’t wait.

Last but not least: want to host a panel? Submit (before July 24th)! Eager to be part of the Indie Showcase? Here’s how (before July 17th). Neither? Well, could always poke about with an attempt at becoming an exhibitor.