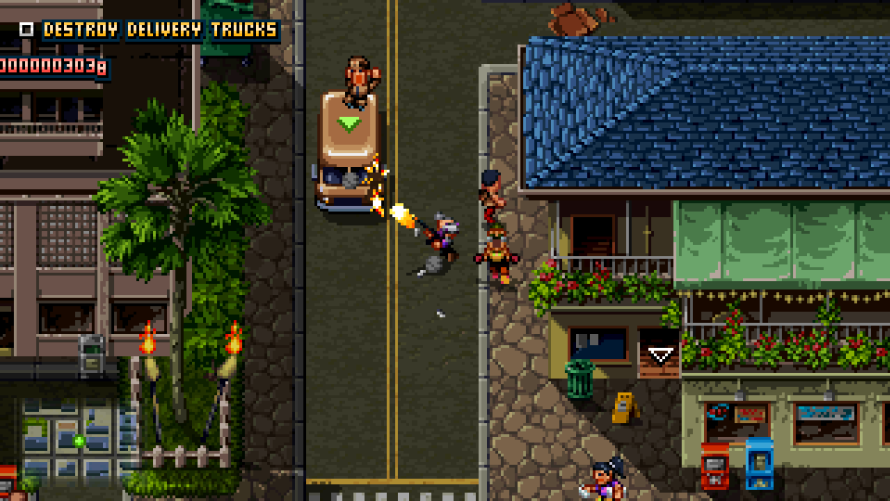 Some might say it’s absolute madness to even consider porting your game(s) to long-since abandoned consoles. Personally, I think it’s a really cool thing to do, and if no one else, I’m sure collectors will at least agree with me. Anyway, as the title indicates, such is exactly what will happen with Shakedown: Hawaii in mere days… and that’s not all either. Groovy!

After hitting Switch, 3DS, PS4, Vita, and PC (Epic Game Store; Steam this August) back in 2019, all that remained was for Vblank Entertainment to kick back and watch as the money rolled in from their spiritual successor to 2012’s Retro City Rampage. But no. Instead, work began on Wii and Wii U ports, of all things – ports that fans will soon be able to experience first-hand. Provided they have a Wii capable of reading PAL DVDs or a Wii U because sadly, the Wii version will not see a US release. Curse Nintendo and their region-lock nonsense, I say.

That minor potential issue aside, at least both versions will feature every single post-launch update, tweak and addition… and then some: far as playing the Wii version goes, both 50Hz and 60Hz are supported, with the Wii Remote, Wii Classic Controller, Wii Classic Controller Pro, and GameCube Controller all working just fine for whenever you want to hit the streets and wreak a little havoc. Oh, and the only load will be that initial startup across both systems. One particular thing is exclusive to the Wii U version, however, for technical reasons: the ability to switch between 4:3 and 16:9 for that proper groovy old-school feel. Neat.

Wii version of Shakedown: Hawaii will be available on July 9th at 10 am PT for $29.99 USD and is limited to 3,000 copies. Meanwhile, the Wii U and Steam versions are scheduled for an August release. 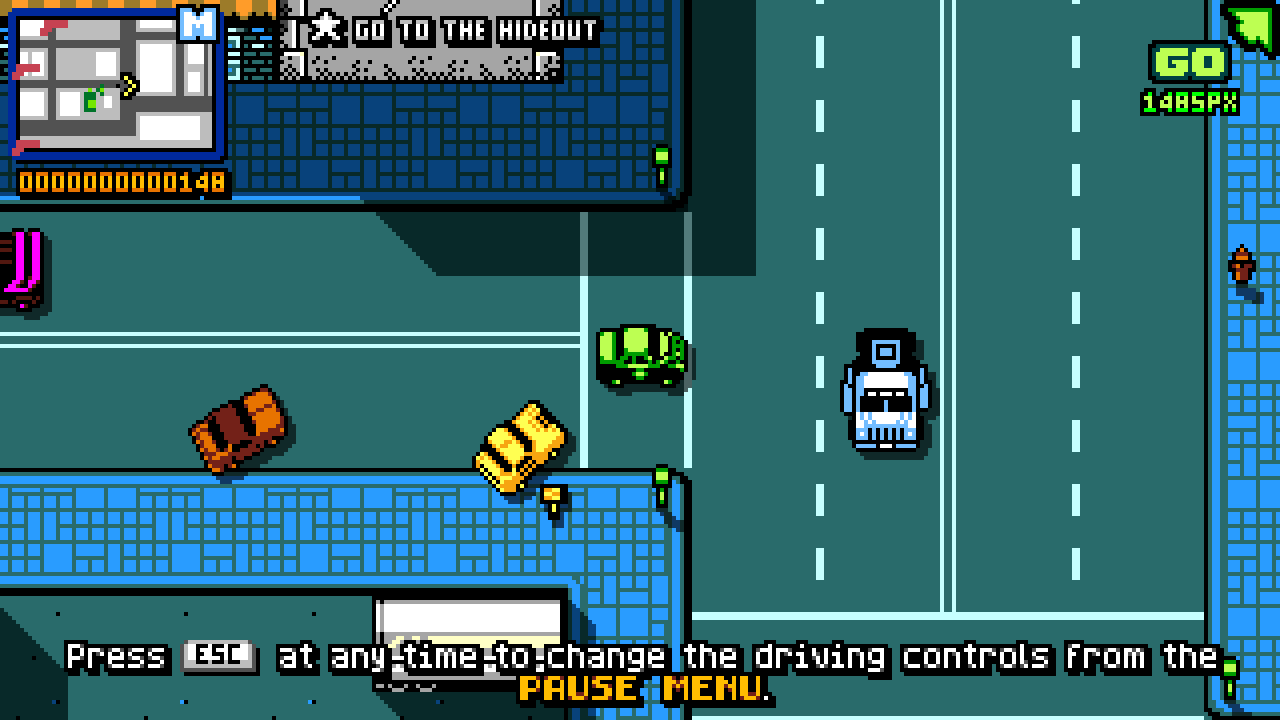 Oh wait, that’s not all! How about a physical version of Retro City Rampage, featuring the recent ‘DX+’ update? Also happening, also limited to 3,000 copies, and also launching on the 9th for $29.99. Now, a lot has changed with this update – animated cut-scenes are a thing now, for starters! – so it’s proper groovy that seemingly every platform will in fact be getting it: Switch, 3DS, PlayStation 4, PlayStation 3, Vita, PC, Mac, Linux, iOS, and Android. Yes, even Sony’s soon-to-be two-generations-ago console and abandoned-but-not-forgotten Vita. Hardly a major surprise, considering we’re talking about the developer who decided to port 2019’s Shakedown: Hawaii to both Wii and Wii U. Almost makes me wish more would do this, although, at the same time, I definitely get why only a few are willing to invest the time and effort required for such a feat.