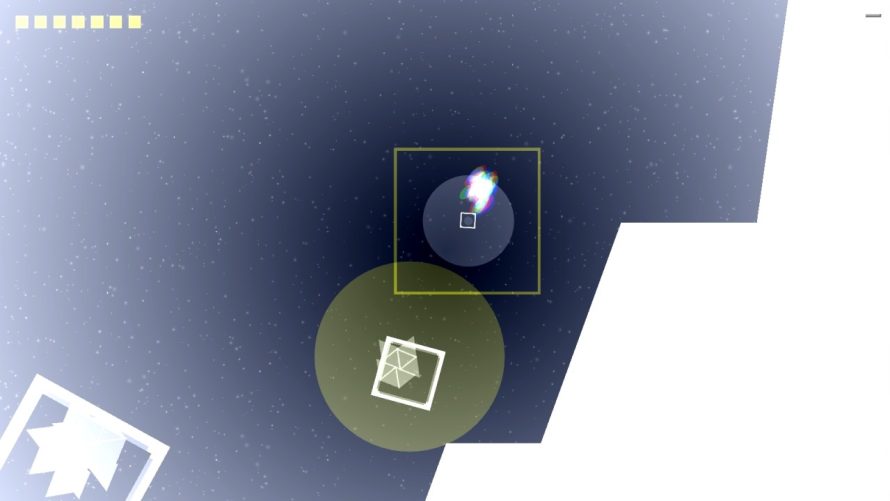 There is evil and I am David. Or so the game says. But what am I really, and more importantly, why am I trapped in this abstract world, forced to enter one area after the next, fighting off monstrosities? At least I have my trusty slingshot at the ready, which – with a bit of practice – should help me take down any foe in need of a good whoopin’!


A fierce challenge awaits those who decide to brave the battlegrounds of this particular title, as even though the slingshot is mightier than the sword here, proving victorious is still anything but easy. You’ll have to dodge all kinds of crazy while flinging, well, whatever ammunition David utilizes, at massive foes, in order to almost literally cut them down to size. Hit by hit, their size will grow ever smaller, although in some cases, this does also make them more vicious. Oh boy.

Assaulting an enemy is done by clicking anywhere near David and holding down the left mouse button, which also triggers a semi-brief state of slow-motion, to then move the ‘cursor’ in whichever direction to aim, and… fire! It may sound simple, but there’s a fair amount of depth to it, as each stage presents a different foe; a different challenge, if you will. 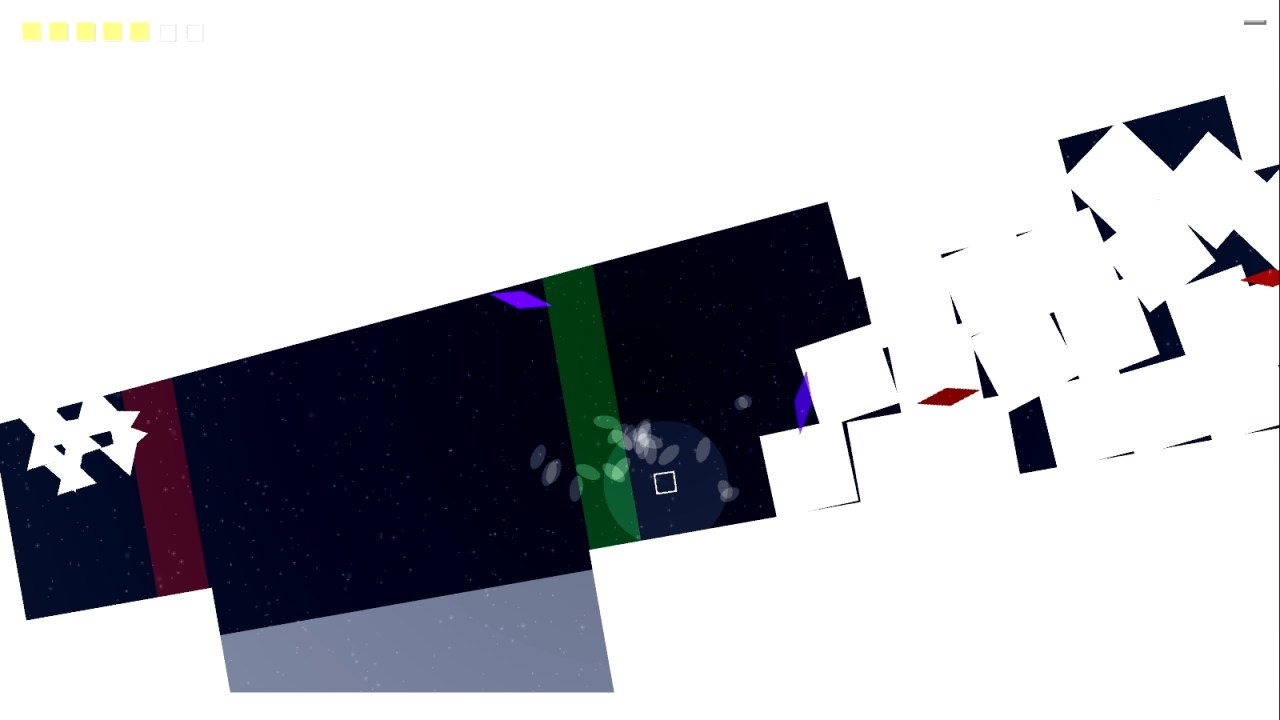 Some are shielded while other will return fire, and there are even those who almost feel like a game of hide and seek. On top of that, certain levels have you navigating a maze while either blasting obstacles to clear a path or avoiding some rather heavy rain, to highlight but a few potential scenarios Never a dull moment, that’s for sure.

Oh and after beating a certain amount of levels, you gain access to the arena, which is where the dedicated will be separated from those of, well, lesser skill. Where only the strongest will make it far, and only the most cunning will be able to survive the onslaught. An upgrade system does help even the odds slightly however, even if each consecutive upgrade does come at an ever-increasing cost, and you only get to keep the amount earned above your previous best. Confusing? You bet.

Now, as I’m sure you’ve noticed, the visual style does border on overly basic, although in an odd way, it actually works well for a game like this, and besides, a few fancy effects do appear now and then. On the other hand, so what if it’s almost entirely void of eye candy? With such a clever twist on the tried-and-true twin-stick shooter formula, it doesn’t really matter. Or at least, it shouldn’t. That said, the controls could do with some tweaking, as having to click near David all the time makes it noticeably more challenging than it needed to be and the physics felt kinda… floaty?

That’s my only major gripe with David. though, as everything else simply screams fun. From the varied single-player levels to the easy-at-first-but-hard-as-nails-later arena mode, there’s plenty to like and very little to frown upon. It may be a bit on the short side for those simply wanting to beat the game, but challenge seekers will find just that here, as the higher difficulty level cranks your health down to one. Good luck, David.