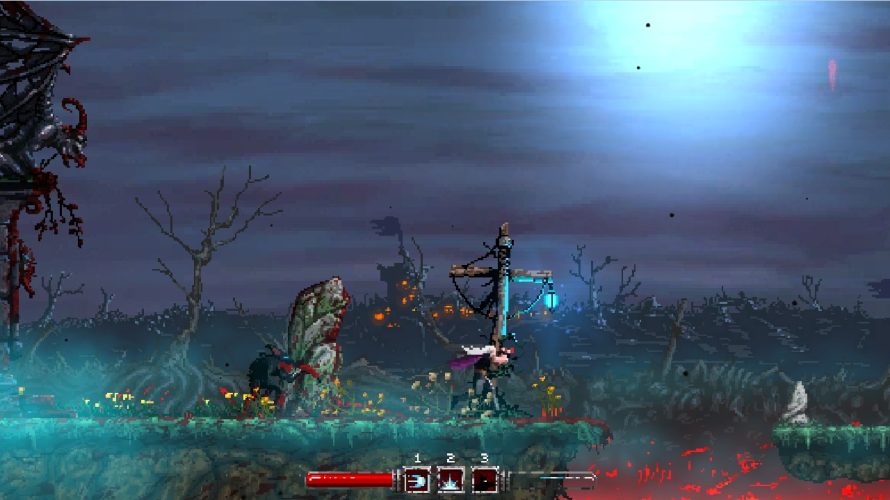 Remember the hack ‘n’ slash hits of the ’80s and ’90s? Of course you do, and so does Wolf Brew Games, as their upcoming game is tagged as an homage to those. The promise of a gruesomely gory experience as the player treks through a doomed land, vanquishing foes left and right, definitely has me interested. Time to kick ass and take names… again.

Seven great towers filled with traps, puzzles and wicked beings stand between the mighty Bathoryn and, well, you’ll see. Probably some massive, nasty, evil overlord, based on what Slain! draws its inspiration from (Altered Beast, Shadow of the Beast, Ghosts ‘n Goblins, and so on). Oh and fans of the genre are gonna love this next bit: the protagonist will have plenty means by which to expose evildoers, as both ranged attacks, special moves and of course, button-mashers, are available; as varied as the bestiary, I’d say, based on details from its Kickstarter page.

Speaking of which, there’ll be no demonic carnage until the crowdfunding beast has been slain, and at the time of writing, a grand total of $9.858 is needed to make it crumble and fall. Not a huge amount, and there are still 29 days on the clock, so it should be doable. Pre-order tier’s at $10, although in an unusual twist, it’s rather limited, with 97 of 200 remaining. Peculiar.

So to summarize: $9.858 to go, and you have until 7:50 pm CET on March 27, 2015, to back Slain! on Kickstarter; or at the very least, help Wolf Brew Games by spreading the word of their crowdfunding campaign, eh? The latter will cost you nothing but time, after all, and who knows – it just might be what helps them land safely in ‘funded’ territory. It just might.