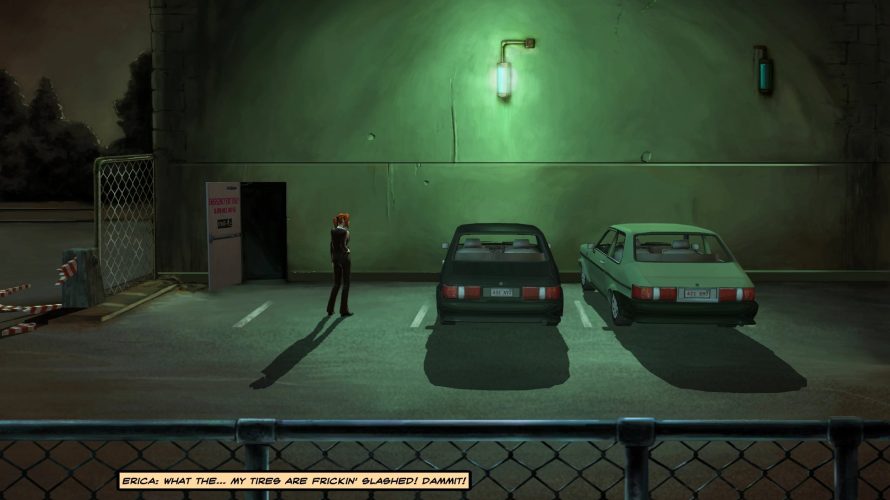 When last we stepped into the shoes of supernatural FBI agent Erica Reed, in Cognition Episode 1: The Hangman, things were bad. Really bad. Her ability to sense, or perhaps even see things that no one else could was causing her headaches, and with friends and colleagues alike becoming targets of a ruthless killer, she needed to remain focused now more than ever. Try as she might though, in the end, things did not go her way… and in Cognition Episode 2: The Wise Monkey, a whole slew of brand new trouble is brewing. Oh boy.

That said, as we kick off the second of Erica’s four-part crime-fighting saga, everything’s business as usual. Until it isn’t. Because that would make for a rather boring experience, seeing how the protagonist has a pretty darn uncanny ability and all, ya know? It does make for a nice moment of calm before the storm at least, and it is pretty much the only time at which we get to actually relax at the FBI headquarters, so there’s that.

It does also act as a bit of a brief tutorial, one which ends rather abruptly when… well, let’s just say what happens next is not for the faint of heart, and as the game progresses, things only get more gritty and gruesome. Throughout the entire episode, Erica seems like she’s moments from exploding with rage and considering what she’s been through, I don’t think anyone could really blame her.

I mean, the life of an FBI agent is not easy on the best of days, but throw in a killer on the loose – one with the audacity to target another FBI agent, of all things – and you’ve got yourself a bloody nightmare. Emphasis on the bloody too, as a close-up of a cut off ear kicks things off, Erica rushing out of the building, hot on the chase of whoever is responsible for such an atrocity. Did I mention how the game is not for the faint of heart? Yeah. 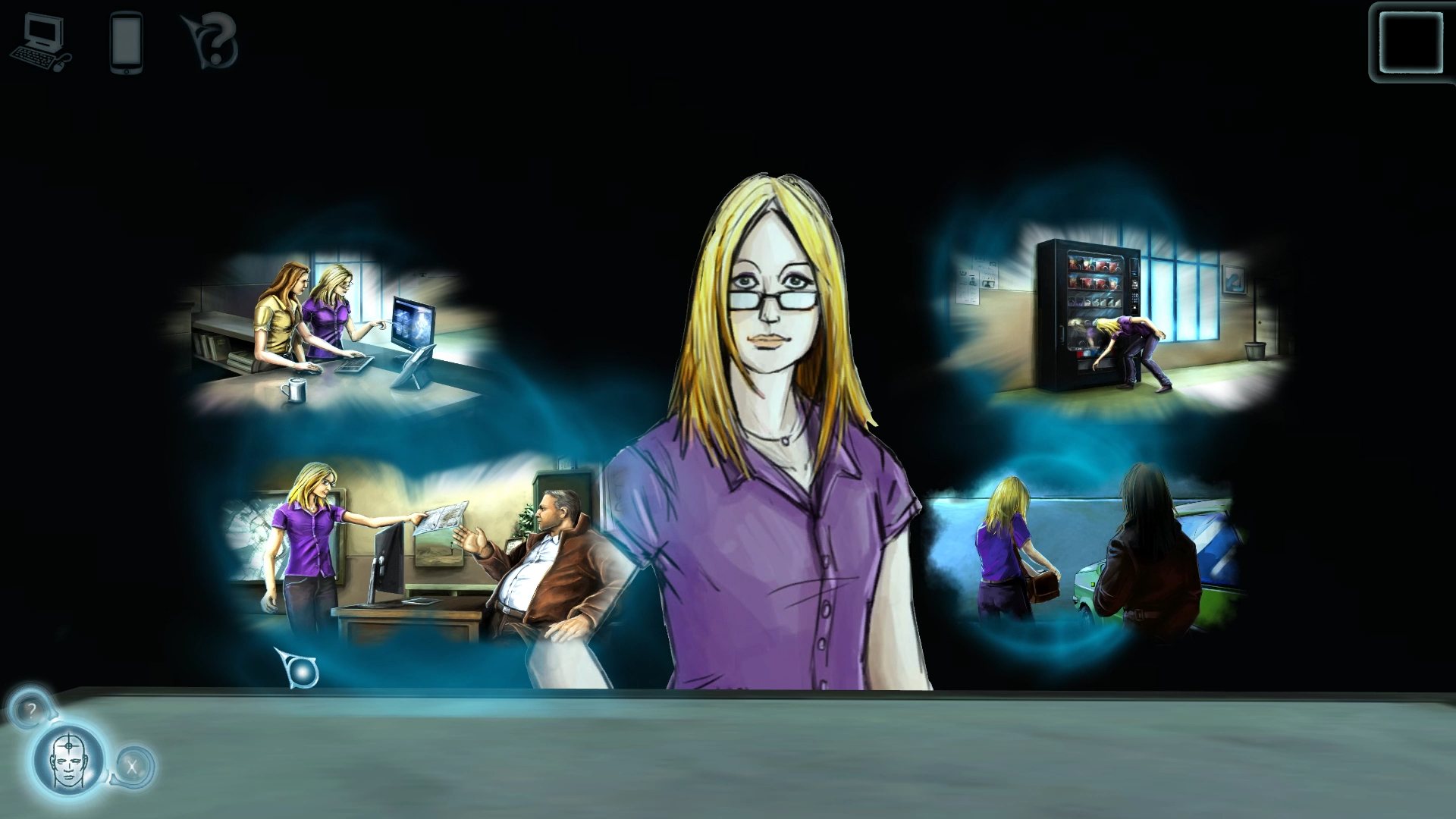 What follows is… a lot of detective work made significantly easier thanks to a certain ability of Erica’s. Being able to glance into the mind of a person during physical contact is nothing new to this second episode. But at some point, her power basically evolves, opening up brand new possibilities – ones which are used several times over the course of The Wise Monkey to solve puzzles and make sense of information. Clever stuff, really, and I’ll take something supernatural over ‘combine item x with y to create z’ inventory nonsense any day.

That’s not to say you won’t be messing around with Erica’s surprisingly deep pockets though, and at one point, she even makes note of how you shouldn’t leave a locale before making sure you have everything. Whoever decided that would be a good idea? Because in a game like this, pretty deeply rooted in reality (save for Erica’s abilities), carrying an overall serious tone, that kind of thing could not feel more out-of-place.

Aside from that though, there’s very little I downright disliked about The Wise Monkey. The story progressed at a reasonable pace, the dialogue was delivered – voiced and all – in a convincing manner, and even if a puzzle or two had me stumped for a bit, at least they all made sense. That’s not to say I enjoyed every last brainteaser however, as one in particular almost made my head hurt. And no, I am not joking. Wish I was. 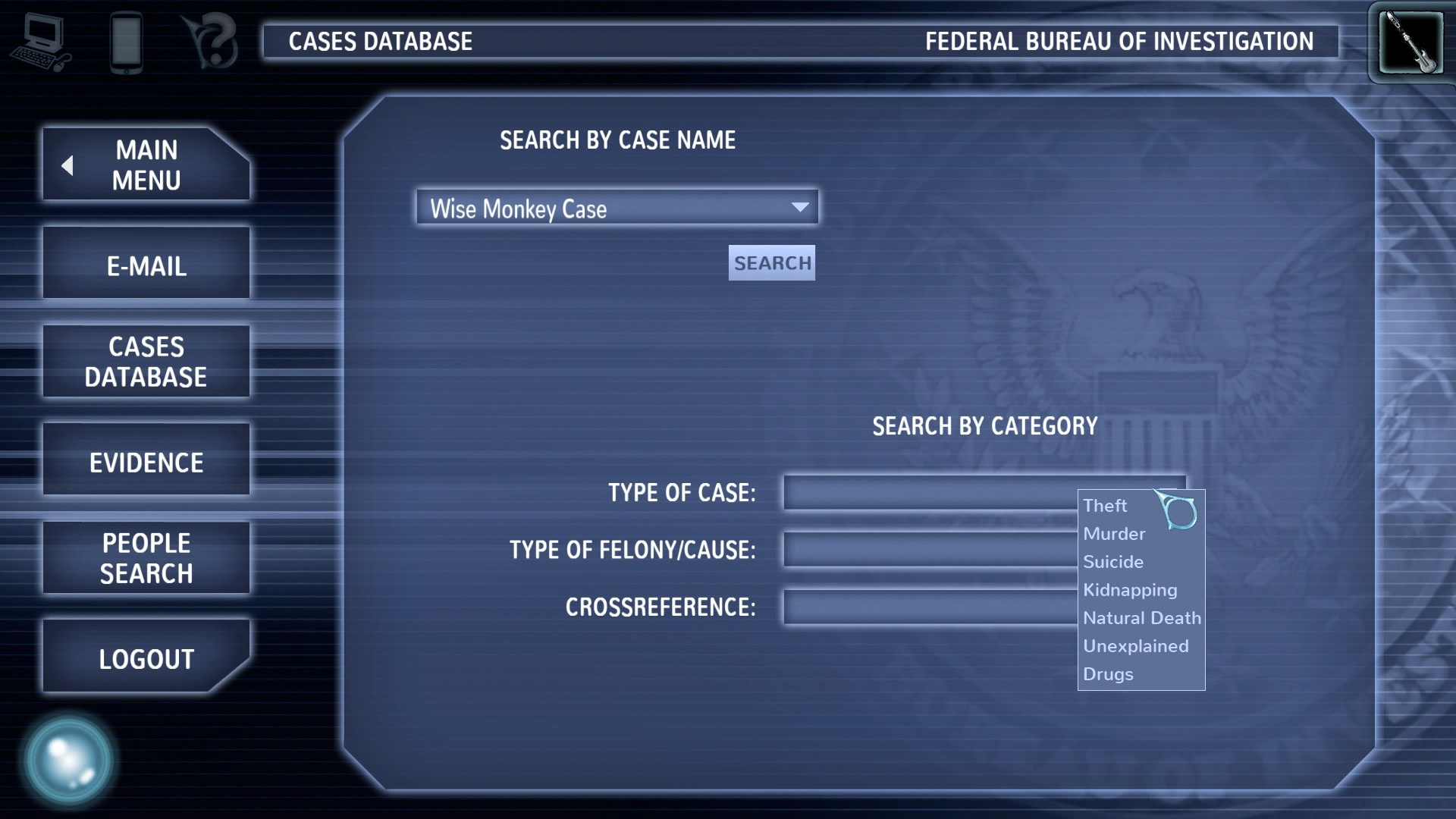 The one I am referring to occurs at the end of the game, and without spoiling too much, I will say this: if you haven’t been taking notes or have a really good memory, hope you like doing research, and lots of it. I could be wrong, but I believe this is also one of the very few sections during which you actually run the risk of a game over. Kinda. See, should you fail this particular puzzle, the game simply puts you back to the beginning of it, eliminating the need to keep lots and lots of saves around for ‘what if…?’ scenarios. Which is a good thing, in light of how certain Sierra classics handled such cases.

But this is, for all intents and purposes, a modern adventure, and as such, we do benefit from certain features that would likely have been difficult – if not impossible – to implement back then. The likes of being able to hold down a key and have intractable hotspots show up on the screen were, in my experience, invaluable. Pixel hunting is a pretty major pace killer after all, and even if not everything served a purpose, most objects/people did still add something when interacted with.

Oh, and while I did mention earlier how Erica was constantly one insult away from blowing up in everyone’s face, she still remained hopeful that everything would turn out alright in the end. For the most part anyway. There were moments when her entire world was almost literally falling apart, moments during which even I, the player, was starting to wonder if this episode was heading straight for disaster. And then there were moments of “what the hell is wrong with this person (the killer/kidnapper)?!”. Moments which became more and more frequent, as more details were laid out before me. 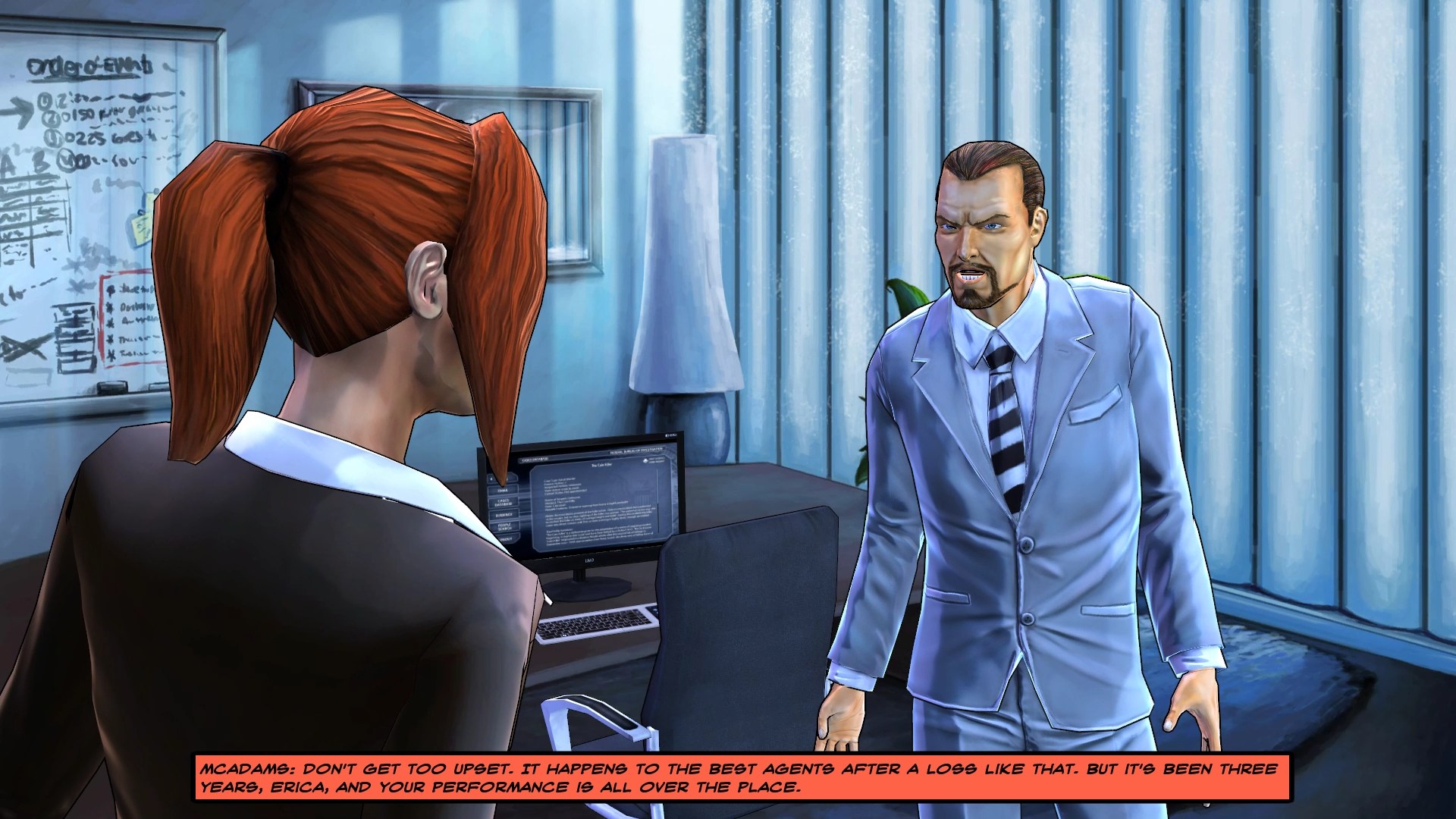 Although after a lot of conversations, extensive use of both the FBI database, Erica’s – by now, incredibly useful – abilities, and some old-fashioned mischief (go Erica!), everything was starting to make sense. Except for a few key details. Details which will hopefully be explored further during Cognition Episode 3: The Oracle, because after spending a couple of hours as Erica Reed in The Wise Monkey, I was more determined than ever to see this through. To figure out just who was pulling the strings, orchestrating such gruesome events. Mark my words: someone was going to pay!

Cognition Episode 2: The Wise Monkey is available from the official website, Steam, and GOG.com (reviewed), among other places.