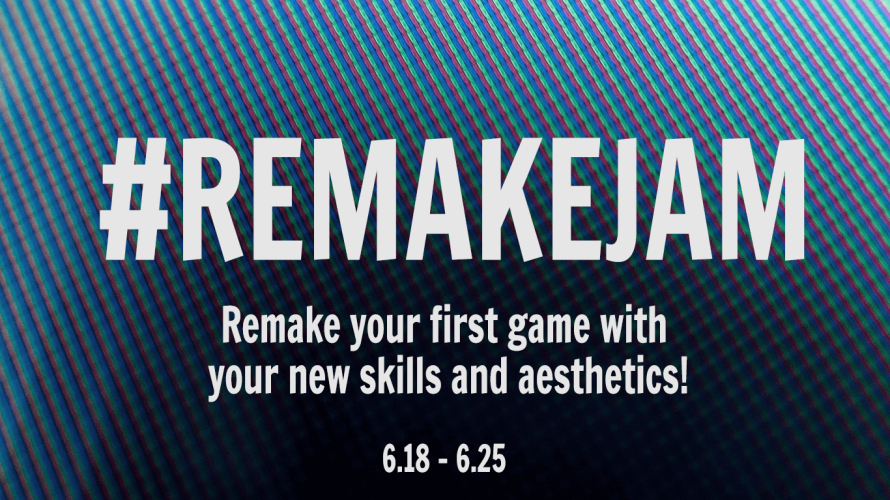 While everyone else is busy working on a new game, why not look back to your very first and… oh I don’t know, remake it? Chances are you – like the game engine and other tech – have grown since then, so why not show how much as part of #RemakeJam? Even if it’s only been a year or two, time has still passed, ya know. No excuses!

Now, to get the ball rolling, seeing how #RemakeJam is less than 72 hours away at the time of writing, I’m gonna keep this brief (something I am capable of, believe it or not). The rules for this particular game jam are few and simply enough: for comparison’s sake, participants are encouraged to include builds of their original game with the new one, unless of course said project is no longer available. Also, keep it clean – no hate-speech or similar! And finally, if the remake is something truly grand, starting before the jam is permitted. Which’ll give you some 48 hours, at most. But still.

Oh, and another thing to keep in mind is to include the #RemakeJam hashtag when sharing your progress on social media, and… why not join other jammers on the official Discord? Might get some idea-sharing or other useful chats going – won’t know unless ya try, obviously.

So, will you be remaking that very first dust-collecting golden gem of a video game from a lifetime ago, starting this very Monday, June 18?