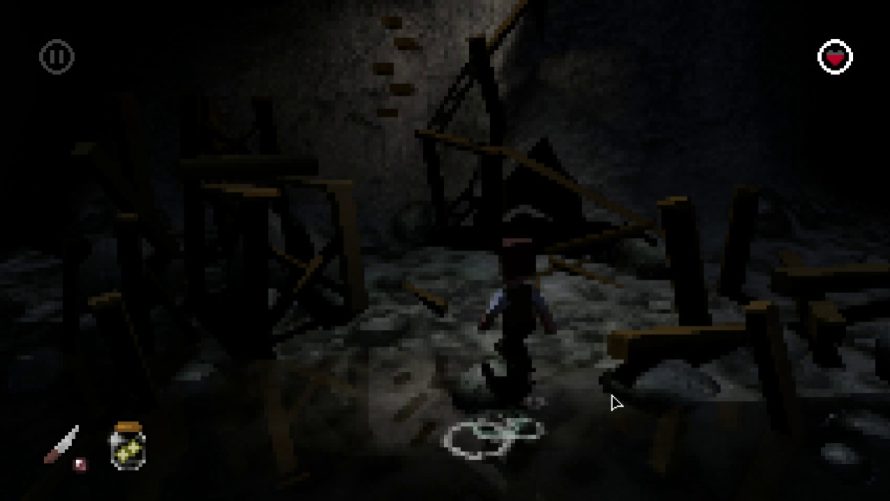 Like The Fog, John Carpenter’s 1980 classic, A Room Beyond revolves around an evil entity looming in that very smoke-like, thick entity, an entire village troubled by a so-called fog wanderer (translation: creature on a murderous rampage). Nothing mysterious about that, really. As for why you are here, or how, on the other hand -- now that’s significantly more puzzling. Were you summoned to vanquish said evil, saving so many innocent souls, or was it mere coincidence? My money’s on the former.

Fortunately, we’ll be able to find out exactly what is going on in this strange, unfamiliar place, too, as the fifth and final episode of A Room Beyond recently saw the light of day. No more waiting for the developer to make the conclusion to what is surely a spine-chilling tale; unlike certain other episodic adventure games which may never wrap up their story (Telltale…).

That said, on a totally unrelated note… and am I the only one getting an uncanny Alone in the Dark vibe from that trailer (below)? Then again, its creator -- which is a one-person team, surprisingly -- does make note of how the game is inspired by that very game and The Last Door, among other, as well as H.P. Lovecraft and Edgar Allan Poe, though. So I guess it makes sense.

Anyway, my point is, why don’t we see more titles with such an art/animation style these days? Everyone seems to be loving pixellated adventures, but never quite like this. It’s always either ‘slightly pixellated’, ‘super blocky’, or somewhere in-between -- unlike A Room Beyond, which almost looks like it’s from the mid-80s! Ignoring the fact that computers back then wouldn’t have the processing power to run it of course, and I doubt many would have the know-how to even create something like this back then. Alone in the Dark was praised for reasons like those, after all.

A crowd of people lives here in fear of an ominous apparition that creeps through the fog for manhunt.

But enough of all that, because… there’s still a village to save from that pesky monster who, quite literally, lurks in the shadows (or fog, I suppose). Less staring off into the distance, more pointing and clicking! Oh, and unless I’m misinterpreting the game’s description, the protagonist will be able to ‘do more’ as the game progresses. Wonder if that means he’s going to grow/improve over time? Only one way to find out…

A Room Beyond is available from Steam, carrying a $7.99 price tag.