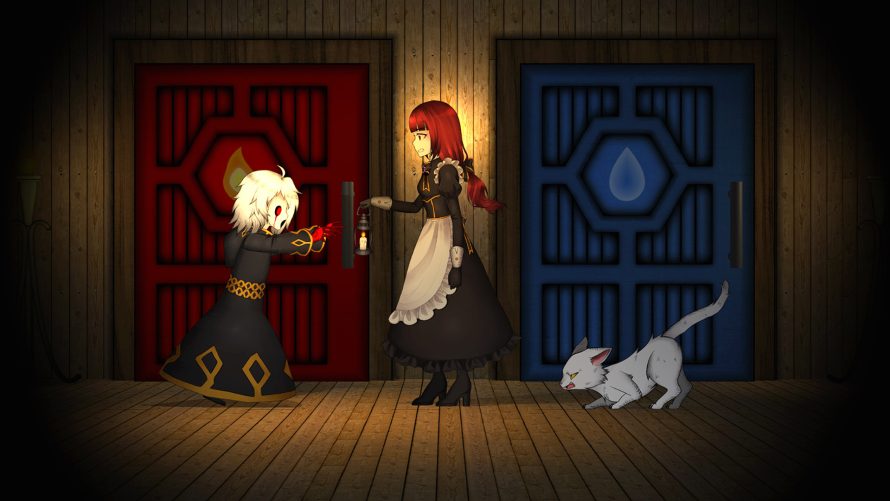 It feels like just yesterday when players were presented with outwitting Chaos Servants in Clea to escape the Whitlock Mansion. In our world, it has been more than two years, however, and in Clea 2, four years have passed since that horrible incident. Four long years during which a lot has happened, including the death of someone of great importance to Florine, a former maid. So obviously she does what anyone would do: embarks on a journey to figure out how to resurrect someone. Oh boy.

In case working with necromancy wasn’t bad enough, this will apparently also be “her final chance at redemption”, whatever that might mean. Oh, and even more cryptic – again taken from the developer’s description – is how “she must travel past the third dimension and into the realms beyond”. Although seeing how we are dealing with a supernatural horror title here, I’m sure it’ll make sense upon actually playing Clea 2, otherworldly horrors be damned.

Outwit your foes and conquer the puzzles strewn across multiple dimensions.

Speaking of which… even though this is clearly built as a genuinely unsettling experience, one in which players shall be forced to outwit their foes by maintaining absolute silence, jump scares won’t be a thing. Just like in the original, and for the sequel, my opinion of that hasn’t changed: good! Horror can work quite wonderfully without the need for cheap surprise moments (ie. jump scares) – it just requires a lot more work and planning than having a monster go “BOO!” while jumping out in front of the player.

On top of that, players will be treated to fully voiced cut-scenes in Clea 2, multiple endings to seek out, and even an arcade feature – all of which should add up to ‘significant replay value’. But just in case that’s not enough, how about unlockable costumes/galleries, additional difficulties (Chaos and Chaos+), and even an ‘invisible’ mode which, if it’s anything like in the original, makes enemies… well, invisible? Good stuff.