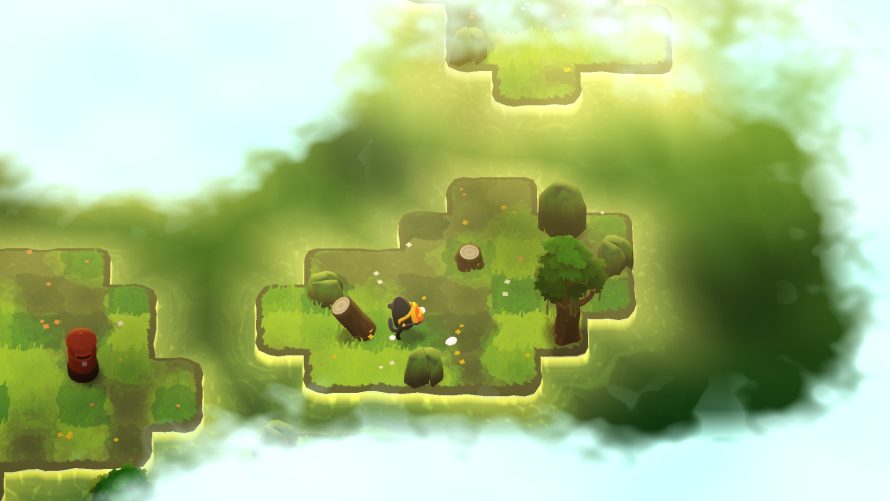 It finally happened: humans have become an object of genuine curiosity for monsters, resulting in the creation of super-relaxing, open world puzzle, A Monster’s Expedition. From one island to the next, there’s always something to see, somewhere to go – even if it might require pushing over a tree or two (because monsters are incredibly strong, as it turns out), and oh so many discoveries waiting to be made.

But what really sets A Monster’s Expedition apart, far as I can tell, is that you’re never likely to get downright stuck, even though it is a rather puzzle-centric experience. If you can’t figure out how to get to one island, eh, there’s probably another you haven’t visited yet – go there instead! Might even stumble upon a route taking you to that ever-elusive inscription later, entirely by accident. Or maybe you won’t.

An adorable and relaxing open world puzzle adventure for monsters who love to learn about humans!

Point is, there’s always more to learn, more trees to turn into makeshift bridges (over troubled water?), and best of all, there never seems to be any sense of urgency or tension-creating scenarios. All in the name of acquiring knowledge about these mythical creatures known as ‘humans’. And with hundreds of islands to explore, this particular island-hopping adventure – from the creators of A Good Snowman is Hard to Build and Cosmic Express – should last players a good while.

Who’s ready to step into the shoes of a curious monster and embark on a journey to become an expert on all things human?