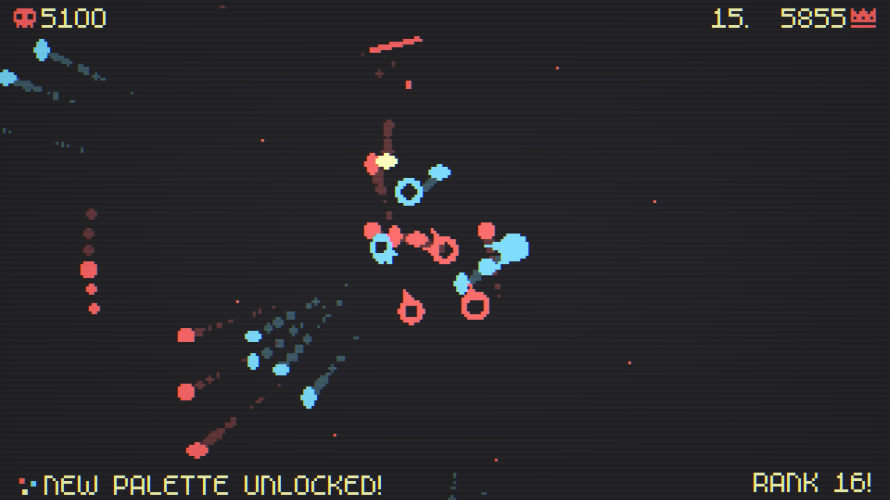 Few games have inspired as many to create something of a similar vein as the original Breakout (which itself was inspired by Pong). Thanks to genuine classics like Arkanoid and more recent indie hits like Shatter and Wizorb, the original has pretty much become a genre all its own; one Daniel Linssen recently put his own unique spin on with BREAKER by drawing ever so slightly upon the popular shmup, Ikuraga.

Much like the original, BREAKER is easy to pick up and play but very difficult to master. Moving counter-clockwise to turn blue while heading clockwise turns ya red instead. Same-colored bullets are deflected while getting smacked by the opposite removes one of your (very few) hit points. That’s about the gist of it. Well, that and… boss fights! Unlockable palettes! But we both know that the main course on this menu is score-chasing.

It was for me anyway, even if I never did manage to climb above rank 15. At least I got to destroy Rascal – the first boss – which netted me a lovely score boost and replenished a few hit points. Glorious carnage, a groovy chiptune soundtrack (available on Bandcamp), and a screen full of bullets to deflect – what more could one possibly want?

BREAKER is available on itch.io.