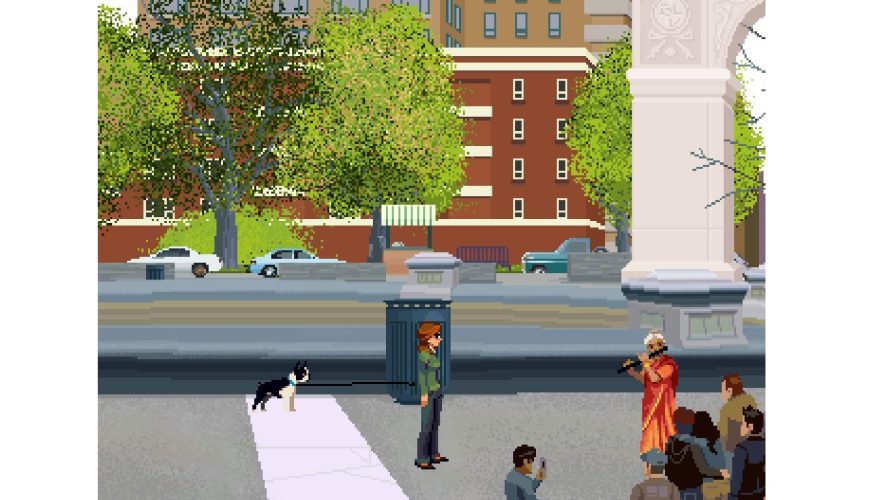 It’s been a long time coming, but as of earlier today, iOS fans can finally take the adventures of Rosangela Blackwell (and in Unbound, her aunt Lauren) and the snarky ghost, Joey Mallone, with them on the road. That and in my experience, pointy ‘n clicky tales provide a vastly superior experience when played on a touch device.

Given last year’s successful porting of the gritty sci-fi tale, Gemini Rue and a remastered version of The Shivah, suffice to say, Wadjet Eye Games are no strangers to the land of iPhones and iPads. While most would probably have preferred a simultaneous launch of all five games, well, three out of five certainly ain’t bad! Besides, barring unforeseen complications, I’m sure Deception and Epiphany will have joined them on iTunes long before the end of 2014. Patience is a virtue.

As far as port quality goes, after playing each on my iPad 2 for a good bit, I can confirm that they’re every bit as solid as previous mobile outings from that developer. Similar UI tweaks too, including the useful ‘press down and hold to highlight hotspots’ feature, which pretty much removes the need for pixel hunting. Not that there’s a lot of item-related puzzles or objects to interact with though, as I also mentioned in my reviews (Legacy, Unbound, Convergence) of their PC counterparts, but… even so. Oh, and in terms of visuals, all three games look as good on my 9.5″ iPad 2 display as on the significantly larger 24″ PC monitor. Gotta love pixel art.