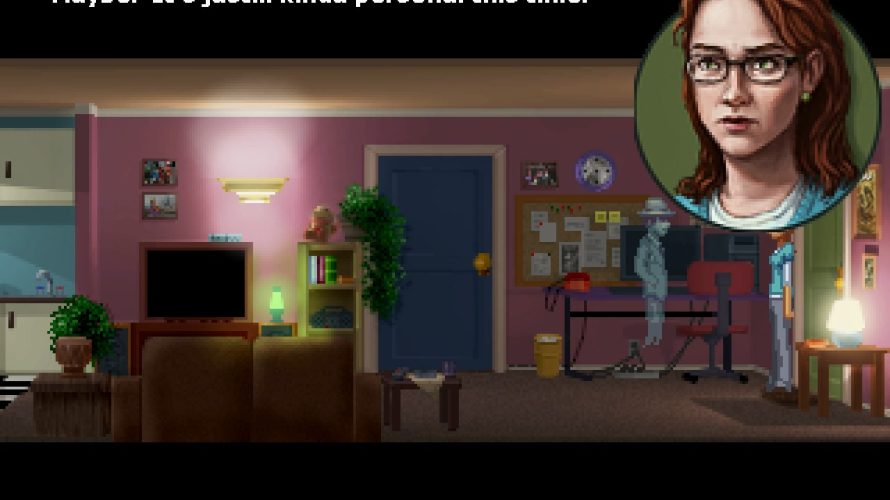 Everyone’s favorite spirit guiding duo, Rosa Blackwell and Joey Mallone, are at it again and this time it’s personal, as a call from an old friend in need, kicks off another dangerous adventure. Psychics, theft, detective work, nightclubs, and obscure brainteasers all make up this supernatural fourth Blackwell game. Never a dull moment!

For those not familiar with the series, like Legacy, Unbound and Convergence before it, Deception is an old-school point ‘n’ click adventure in which you’re controlling not one, but two different characters. Their task – and yours, by extension – is to guide wayward spirits towards the light. Some may need a bit of convincing before they’re ‘ready’ though. This sounds like an easy gig, and in theory it certainly is, but… rest assured that if something can go wrong, chances are that it will. On the other hand, the game would be kinda boring if everything was just smooth sailing, ya know?

That said, I did find myself wishing they’d removed one particular feature, even if it would make the game easier: the ‘notebook puzzles’. Not so much because it’s cumbersome, but combining clues feels incredibly dated since Rosa’s now packing a smartphone, complete with high-speed Internet and all. As always, notes are automatically added upon discovery, and unlike that of previous games, Deception mostly uses them for additional conversational topics when questioning people (something you’ll be doing a lot). 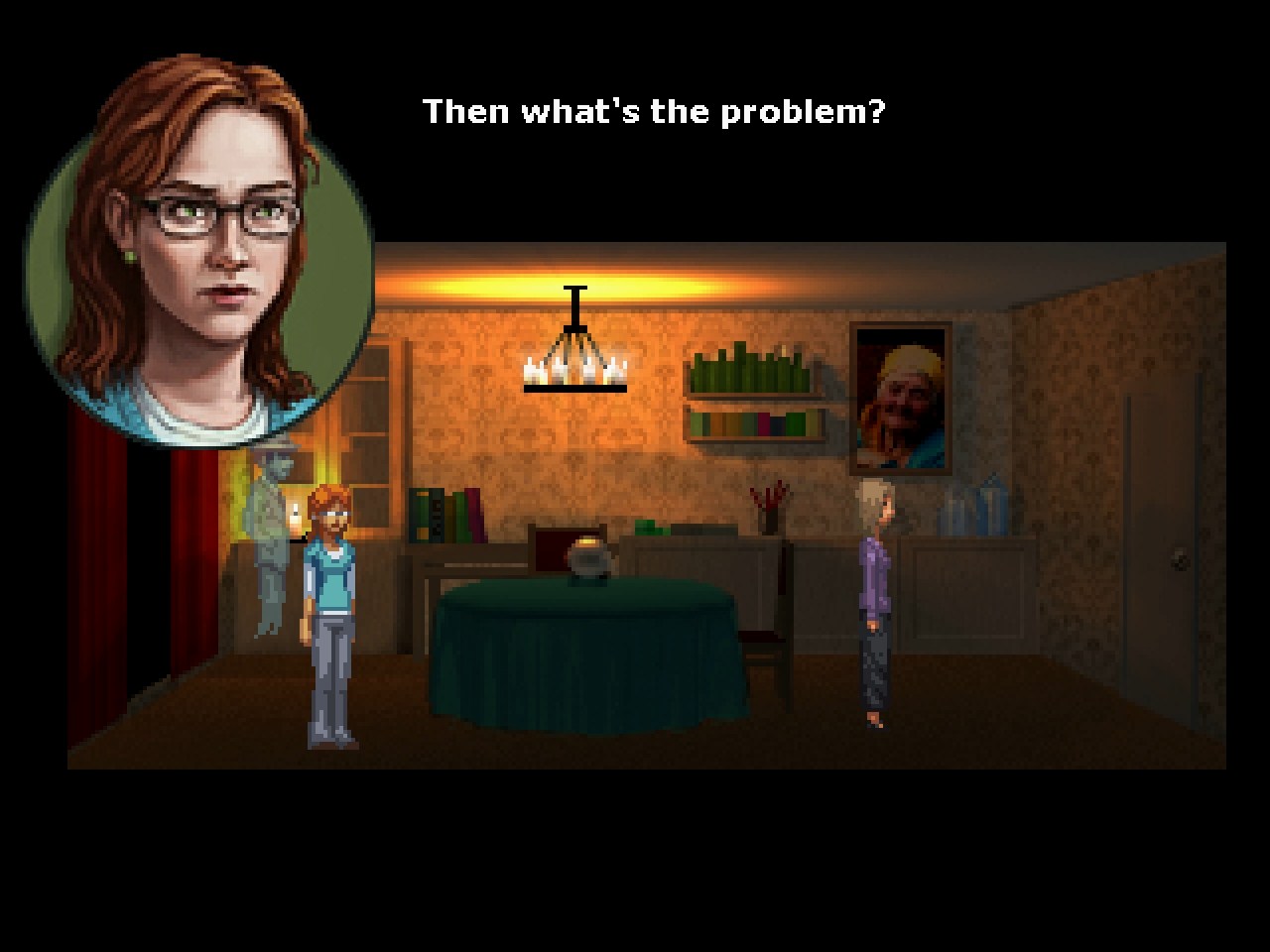 Considering the amount of in-game dialogue, it’s a good thing that (almost) every bit of voice acting is delivered in a convincing manner. From Joey’s frequent retorts to the eerie voices of spirits, they all do a great job of helping create the proper atmosphere, complete with dramatic and/or relaxing music to top it off. Ain’t perfect though, as there were moments of inconsistency, however few and far between. None of were so bad that they dragged the overall experience down, but still.

In terms of visuals, not a lot has changed since Convergence, as Deception‘s rockin’ a similar lovely (semi-hi-res) pixel art style; although with noticeably different character portraits. Indoor areas are, once again, confined to a small viewable area. Likely to enforce the illusion of being in a smaller space, for once you wander outside, the entire screen is put to use. Or maybe it’s just done that way because it looks cool. Who knows?

No matter how impressive, a proper point ‘n’ click adventure needs more than mere visual flair, however. It needs… puzzles! Brainteasers! Things for the player to figure out! A way to progress the story, as it were. Now, unlike the classics (Monkey Island, Day of the Tentacle, etc.), the Blackwell series has always relied more on interrogation than item manipulation. The downside to this is that you’ll be doing a lot of back-and-forth between locations as more pieces to the puzzle are added/new dialogue options appearing. I’ll take that any day over playing MacGyver with my inventory for 10 minutes just to open a door, though. 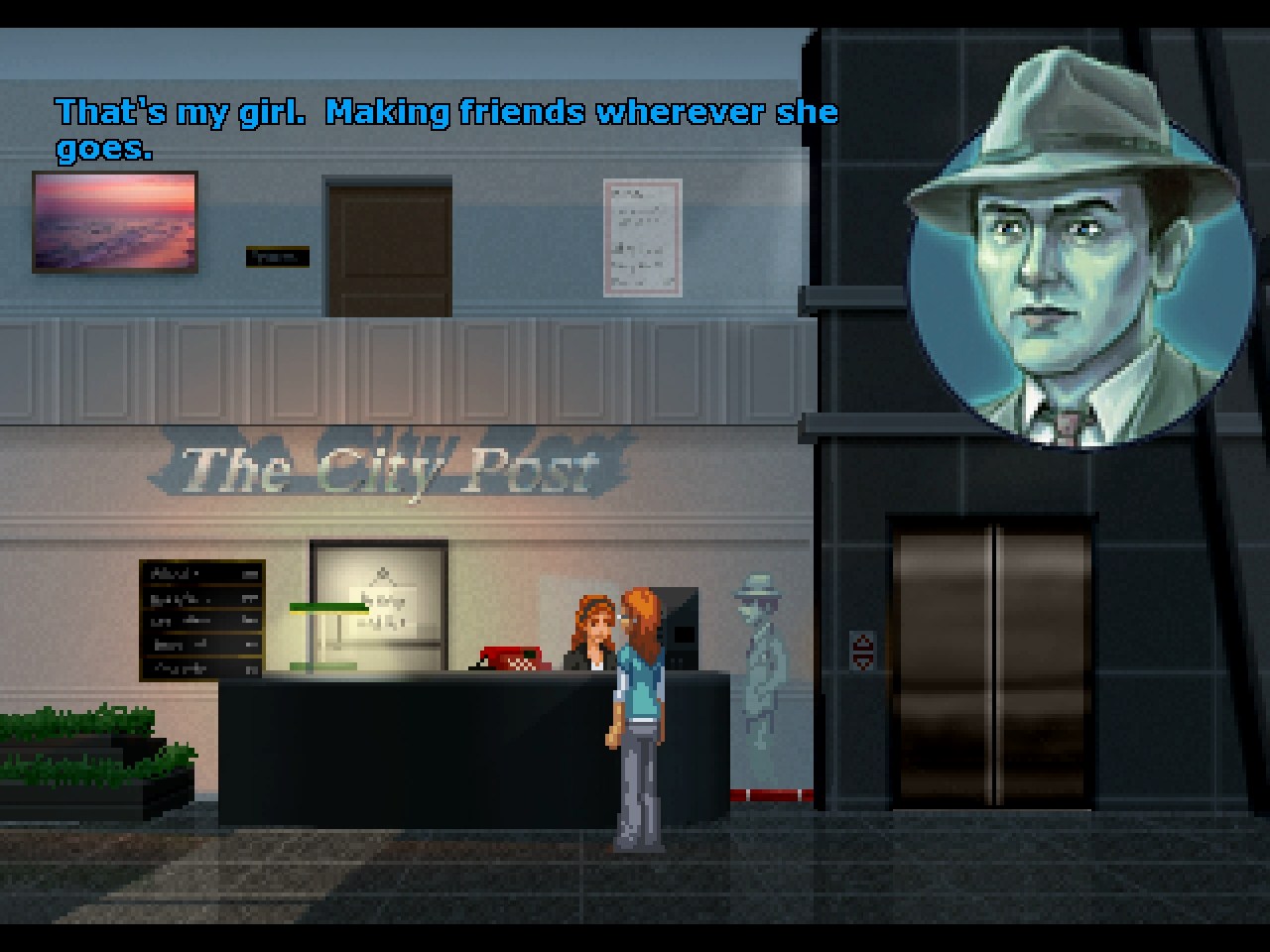 Anyway, while Rosa is the main character, Joey’s role is not that of a sidekick by any stretch, as he’s given plenty of time to shine throughout this adventure. Being incorporeal and all, Mr. Sarcastic is able to go places Rosa can’t, like past locked doors and into cramped spaces. I mean, sure, she’s slim and all, but… even so.

That’s not to say Rosa’s role is downplayed either, because while Joey’s able to do cool stuff, he can’t do jack when it comes to interacting with objects. Well, he can huff and puff and blow until his face turns blue, but that’s about it. As such, figuring out who to use when and how, is essential to figuring out how to overcome more than a few of the obstacles thrown your way, even early on. Oh and there’s no fail state in Blackwell Deception. Neat, eh? Suck it, cheap deaths found in point ‘n’ click greats from yesteryear!

More often than not, I found said puzzles to be logical enough and easily solved, but there were exceptions as some were just so… obscure! You’ve always got the option of asking Joey (or Rosa) what’s next on the agenda, maybe even get a hint or two. But chances are this won’t be enough, when you’re stuck trying figure out the ‘how’ part, rather than the ‘what’, and this is one of the reasons for me preferring having as few items to mess with as possible. Give me plenty of interesting dialogue and let’s move things along at a steady pace instead, eh? 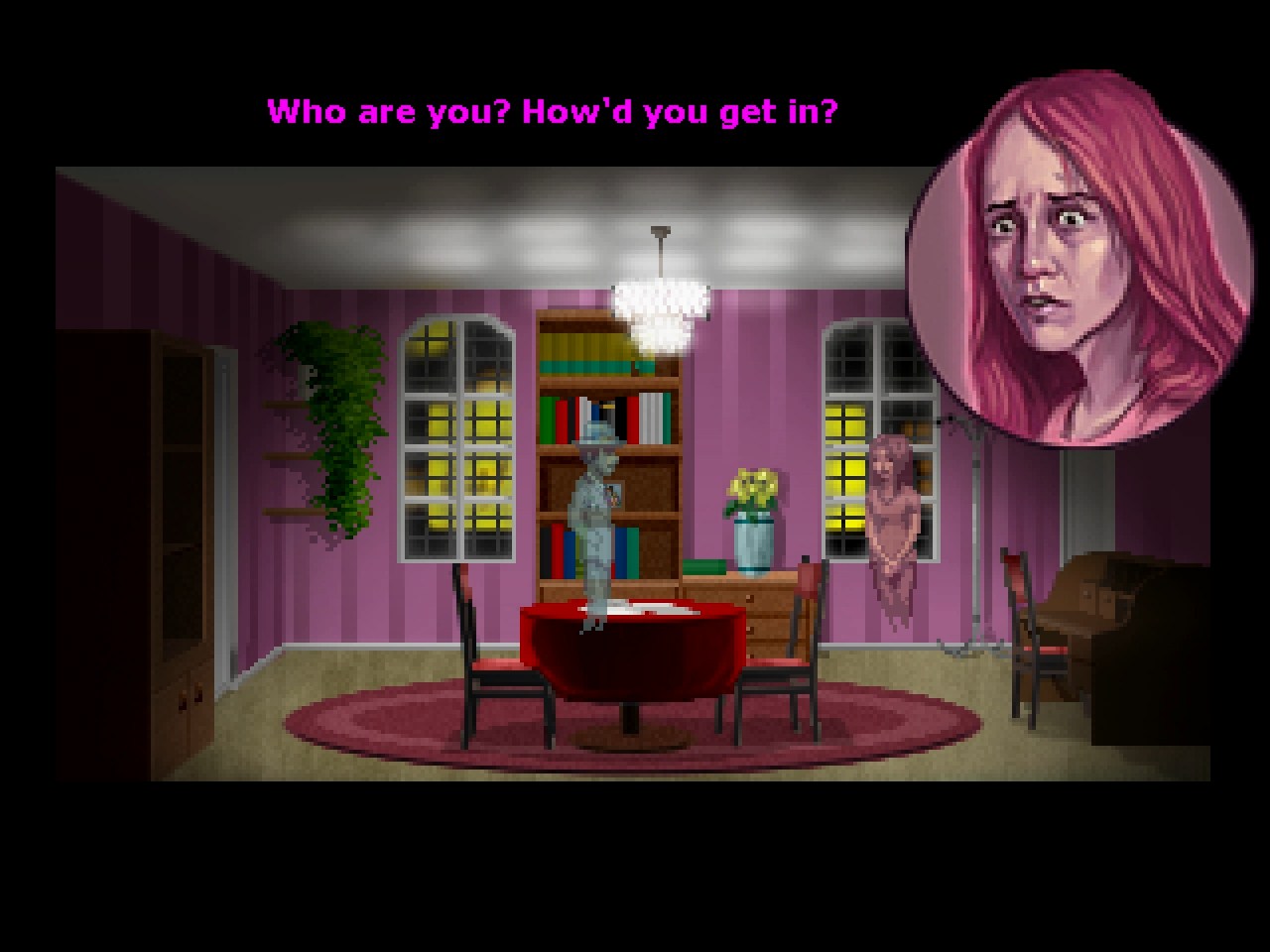 All in all, while the game is not flawless, the positives do outweigh the negatives by far. There were a few minor “how did that happen?!” moments and certain storylines could have been tied up better, but that’s about it. Besides, maybe Blackwell Epiphany will wrap up everything nicely, no questions left unanswered, when it’s released later this week? Time will tell. Until then, I’d highly recommend purchasing and taking the time to play through Blackwell Deception (that is, provided you’ve finished the first three).

Blackwell Deception (#4), along with Legacy (#1), Unbound (#2) and Convergence (#3), can be acquired from the Wadjet Eye Games website, Steam, and GOG.com.