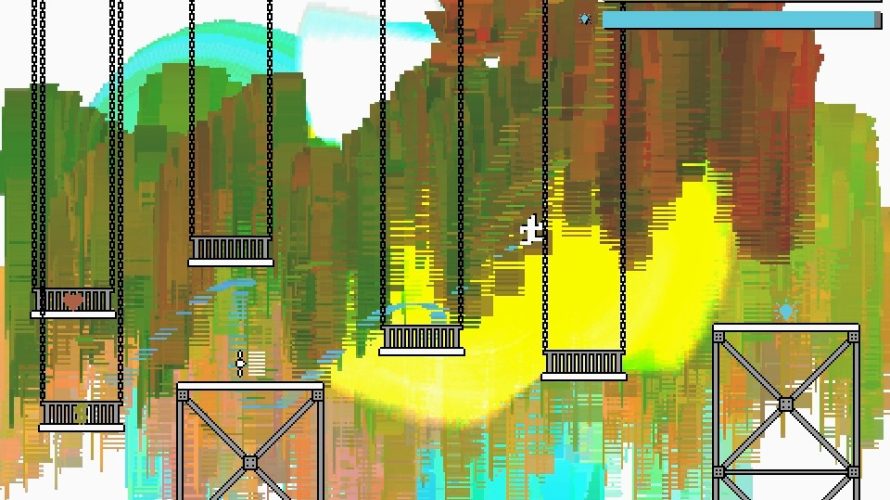 In a world nearly void of color, it’s your job to paint the sky, creating a masterpiece for everyone to see, so tha – actually, no. I’m pulling your leg. Action Painting Pro is nowhere near that serious. Quite the contrary, as it’s actually a zany game that lets you go nuts with paint and throw bucket loads on the wall, bouncing from platform to platform while doing your best to avoid running out of juice.


Video games that revolve around painting aren’t exactly a new thing, yet I’ve never experienced anything quite like this one. I mean, aside from Mario Paint, which I’m hesitant to label a ‘painting game’, have there been any noteworthy entries in this quirky genre? Probably not, unless one was to dig through the freeware archives (another time, perhaps). Note: interactive coloring books don’t count.

Anyway, in Action Painting Pro, your tools are obviously those of the trade: Paintbrushes, money, refills, health (because, video game) and other necessities. These are represented by dollar, heart and light bulb(?) shaped items, each a means to refill their respective bar. Oh, didn’t I mention you’re on a time limit? Well, now you know! Gotta keep moving, and not just to paint a ‘pretty’ picture either. 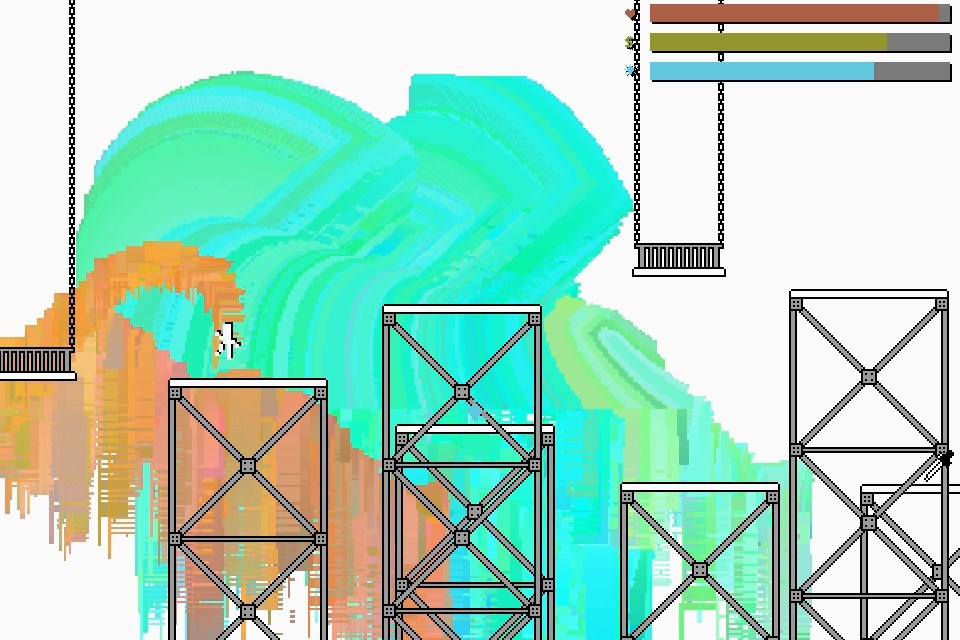 Considering the fast pace, keeping track of which item you need and how to get to it ASAP can be tricky. Even more so, since the position of platforms shifts whenever you pick something up. Took a while for me to get used to this mechanic, but after five or six attempts, I was finally able to throw a fair amount of color around. Not as much as I wanted to, but alas, that’s how it is with artists: we’re never satisfied with our creations!

Now, there may not be a lot of depth to Action Painting Pro, seeing how it’s one of those games that are   – more or less – what you make of it. I’d say it’s an experience meant for when you feel like making a mess, without having to clean up afterward, really. After all, who’d have thought randomly decorating a wall by splashing colors on it would be fun? Well, apparently Ian MacLarty, creator of Action Painting Pro (and Boson X), had a hunch.

Update: prototype now available… because why not?