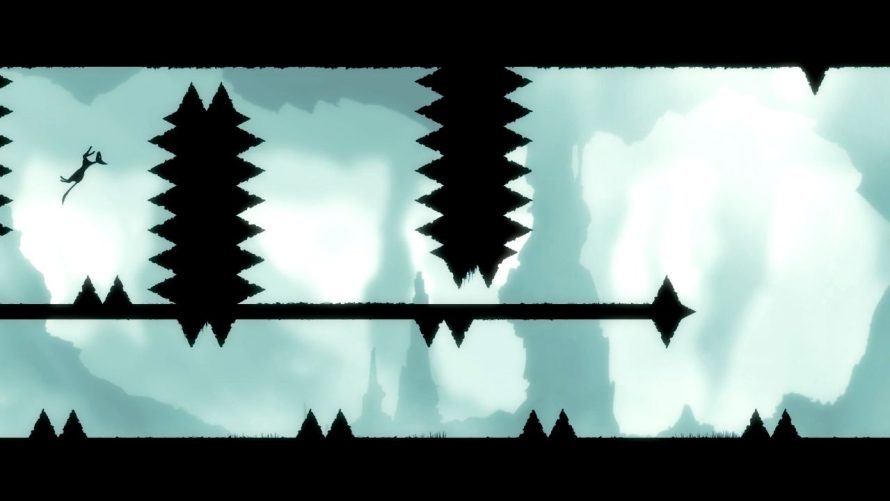 Imagine if Bast hadn’t wandered off, playfully chasing whatever caught his attention. Maybe Arielle, his owner, wouldn’t have been kidnapped by an evil spirit, and the two would still be living the good life. But alas, that darn cat had to let curiosity get the better of him. His only option now is to search for Arielle, and hopefully find a way out of this mess… before it’s too late.

Now, don’t let the stylish visuals, graceful feline or little girl fool you: A Walk in the Dark easily ranks among the most brutal platformers out there. So much in fact, that I had to throw in the towel after beating 53 of its 100 levels. But while I did not finish the entire thing, what I experienced was fun, frustrations aside.

As Bast, you’ll have to use every ounce of feline grace in his body, to dodge buzzsaws, cannons, spikes, porcupines (wait, what?) and other genre staples. While this cat may not be limited to nine lives, death does often come at a moment’s notice and forces a restart of the current level. Whether it be the kind where you have full control or those where movement is automated, limiting your actions to jumping and crouching, they’re all full of environmental hazards. 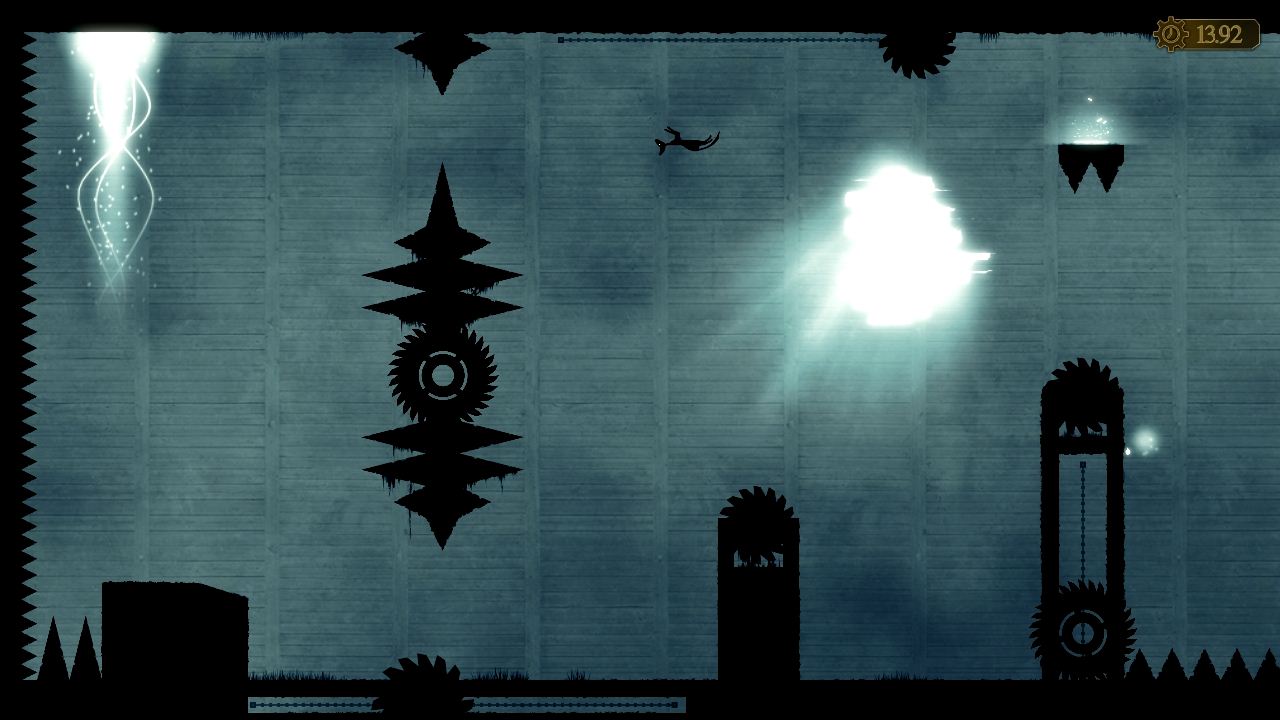 It’s fortunate then, that Bast’s movements were fluid and the controls tight, because while I’d love to blame my failures on something like floaty controls or laggy jumping animations, that didn’t seem to be the case. Or, well, not all the time, anyway. During the ‘autopilot’ levels, it was almost as if jumping had a slight delay to it, compared to those in which I had full control over Bast’s movements. Frustrating to say the least.

So I did some troubleshooting, checked the frame-rate, made sure no faulty peripherals caused input lag, and so on. But alas, either I was seeing things, or Bast simply controlled differently there. Quite annoying, yet in spite of that, I did press on and emerged victorious, reaching more of the fun levels; those that let you move, jump and crouch as you see fit! In those, it was a simple matter (simple, yeah right) of jumping over spike pits, sending Bast flying through tiny sawblade gaps, eventually reaching the glowing light marking the exit.

While each level also contains a shiny collectible, suffice to say, I rarely got my hands on any. Had enough trouble staying alive, and considering they were often placed in obscure places, like in front of or in-between traps, no thanks. Those skilled enough would do well to risk it though, as I’m sure they’d appreciate the virtual badge acquired from finishing a level, shiny collected and… par time beat. That’s right: to get everything, you’ll have to race the clock on top of, you know, surviving. 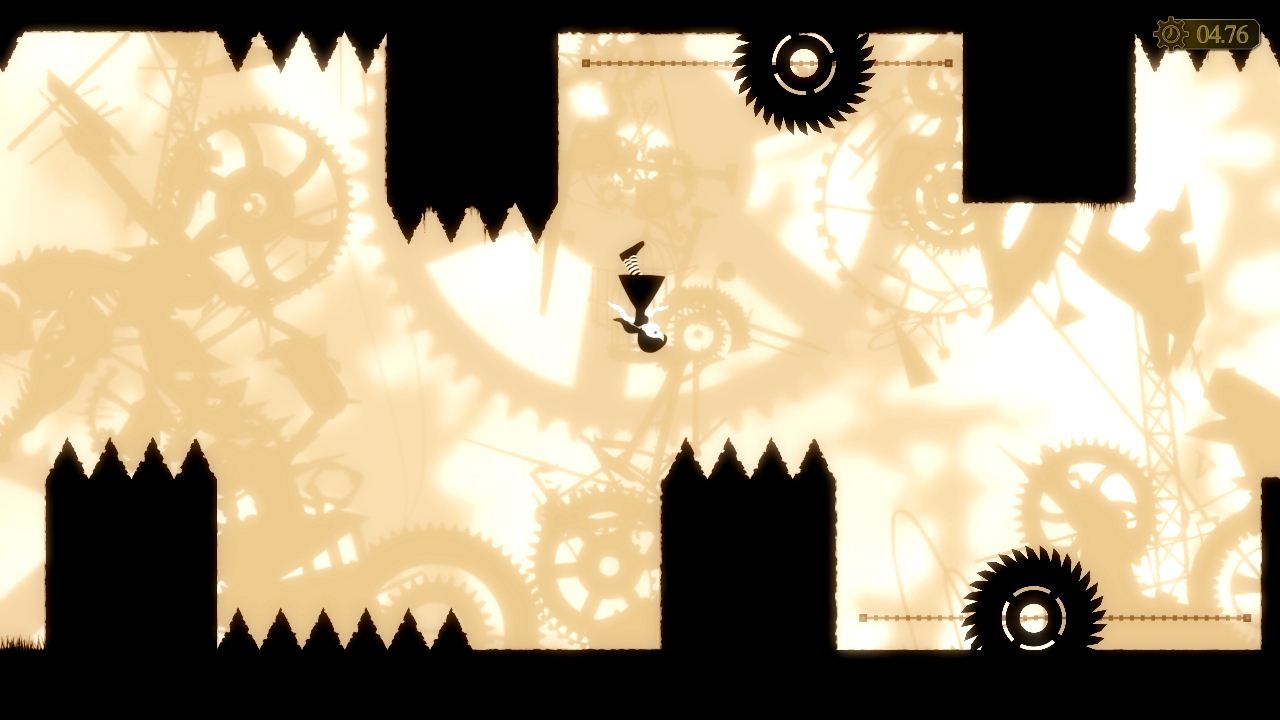 Oh, and we mustn’t forget about the levels in which you play as Arielle. These are a much more slow-paced affair, in which you have to constantly manipulate gravity, held back by noticeably sluggish controls. See, where Bast is mostly graceful and fast, Arielle is anything but, and this quickly gets tiresome. Maneuvering between floor and ceiling, dodging hazards and traps along the way, is supposed to be difficult in a game like this. I get that. But certainly not because ‘flip jumping’ almost makes her float, to the point where precise navigation becomes a challenge of its own.

You play as a cat, Bast, running through a dark fantasy world. You’ll be running, jumping and sliding with smooth and precise controls designed to make you feel like a cat. But it won’t be easy.

Got that right! But as I mentioned earlier, it was still a fun and stylish experience. It’s just a darn shame that the controls are less than stellar, as the result is a fast and furious precision platformer that’s far more challenging than it need be. On the other hand, since there are those who enjoy a challenging game, no matter how brutal, maybe A Walk in the Dark was created with them in mind, rather than me, questionable controls aside?

A Walk in the Dark is available directly from the developer with no DRM, and on Steam (version reviewed).