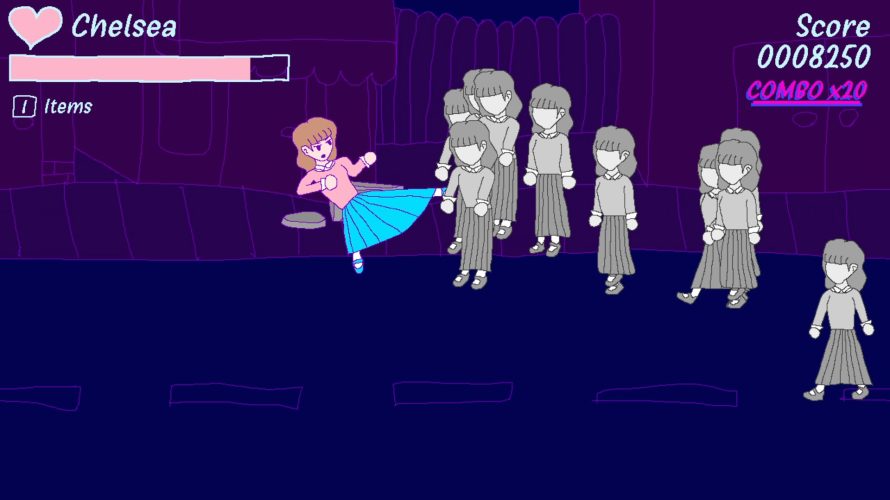 Don’t you just hate when it’s late at night, restlessness gives you this crazy urge to… dye your hair? Me neither, but that’s a very real issue for A Midnight Stroll‘s protagonist, Chelsea, and at this time of day, the streets are crawling with what can best be described as, well, faceless girls. Of the evil variety. The kind that will gladly hospitalize Chelsea unless punches and kicks are applied to the face and abdomen of these evil-doers first.

Oh, and that’s all you get as far as plot is concerned. Following that brief intro, you’re out on the street, mashing one button makes Chelsea perform a 3-hit combo while another performs a special charge move. There’s also an inventory, but don’t get your hopes up – its only purpose is to act as a storage for “various items that bring you joy”; no healing items or such in this one.

In fact, at first glance, it might seem just a tad basic, only it really isn’t. That charge move I mentioned? Yeah, smack an enemy while they’re doing that and it’ll be interrupted. Unfortunately, that also goes for Chelsea, but hey, it adds depth, much like the punch-and-slide: land a hit and I believe you’ll always be able to move past them without worrying about retaliation if you’re fast enough. Classic beat ’em up stuff. Good stuff. 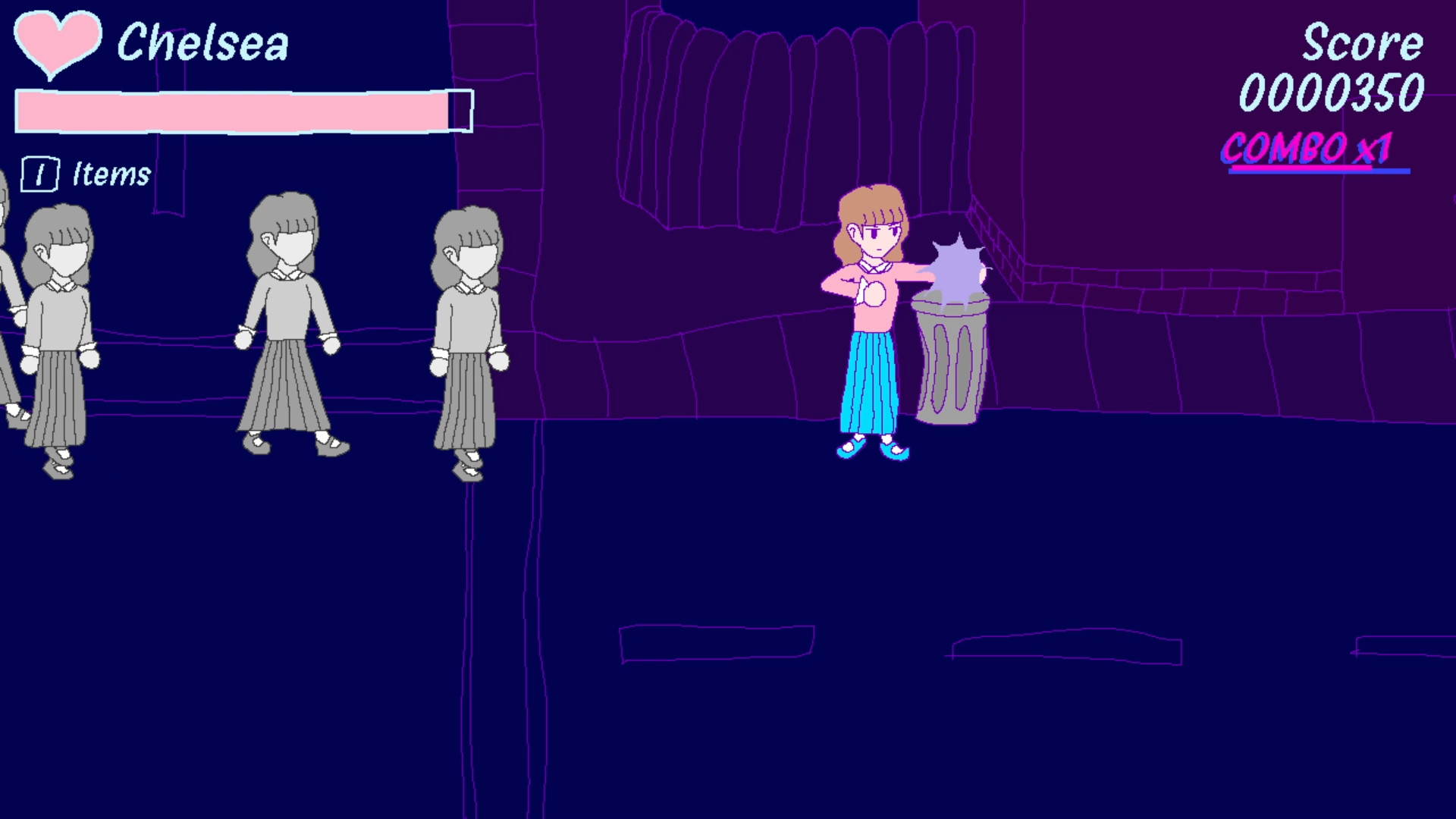 Speaking of which, beating the ever-living crap out of garbage bins is also a thing in A Midnight Stroll, because why not? They’re right there, they won’t fight back, and you never know what might be inside. Wait… okay, sure, I suppose simply removing the lid… yeah, that might be easier.

But then you wouldn’t get to punch garbage bins. Did I mention how they don’t fight back? I feel like that part needs to be emphasized, as I found myself horribly outnumbered and outgunned during my initial attempt at beating the game and got absolutely destroyed.

Got my revenge shortly after though, but with far fewer “various items that bring you joy” as I ran as fast as I could when Chelsea’s apartment appeared on the screen instead of risking it by staying outside. Who are those grey girls anyway, and why are their faces all… blank?

A Midnight Stroll is available on itch.io, for free.