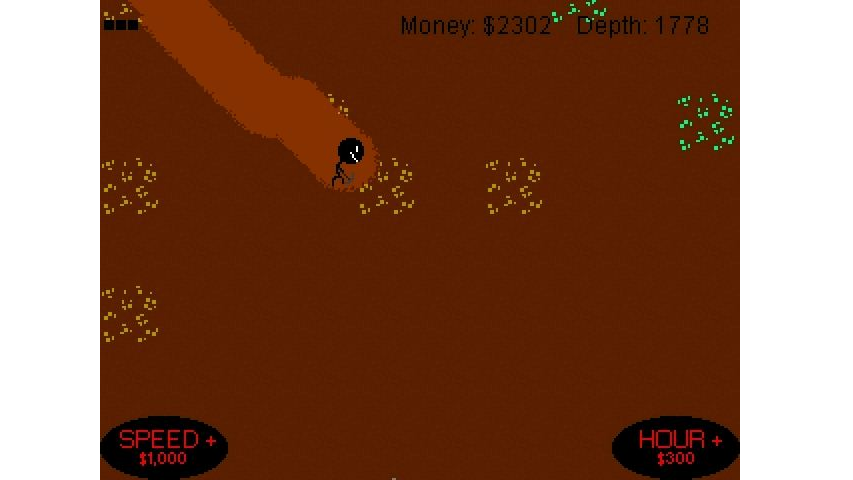 Little did I know, prior to playing 1 Day, 1K, that moles can be rather vicious. Now, I’m not entirely sure what the protagonist is made of, but he certainly could have done with some mole repellent or a thicker hide. Safety first and all that. With that in mind, either steer clear of them during your excavation or… face the consequences.

But moles are not your only enemy in this Ludum Dare 28 creation, as you are quite literally racing (or digging, rather) against time. Seeing how your goal is to dig as deep as possible, the 24 hours you start with aren’t going to cut it. Fortunately, you can always exchange wealth for more time ($300) or a speed increase ($1000), and since you won’t be ranked by your economy in the end, might as well spend it.

While being able to dig faster allows you to – in theory – cover more ground, there is a catch: the moles also move at a more rapid pace! In spite of that, and no matter how fast things get, those pesky things will only ever move upwards, while you can go both left, right and down. One might think that this gives the player an advantage, but dodging a trio of moles on a collision course at 70 Mph is still anything but easy. 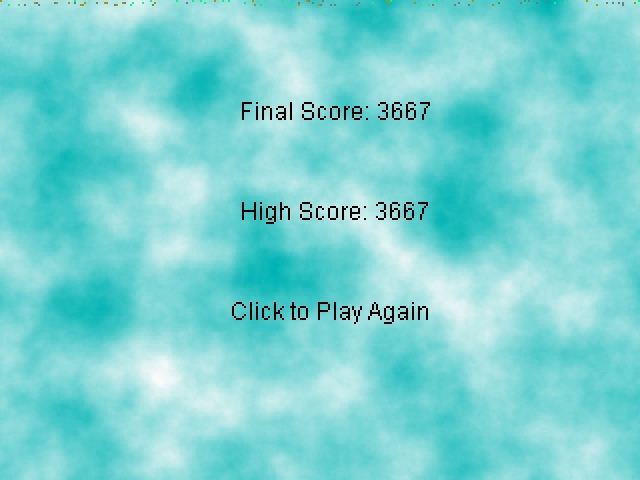 This adds a risk/reward system to the game, as you’ll have to balance a manageable speed with one that lets you gather enough silver, gold and… whatever that last one is. Gemstones? Anyway, since each type of mineral carries a different value, deciding which to go for can be just as important as keeping an eye out for incoming danger (read: moles).

So now that you know what it’s all about, tell me, are you miner enough to beat my 1 Day, 1K record?