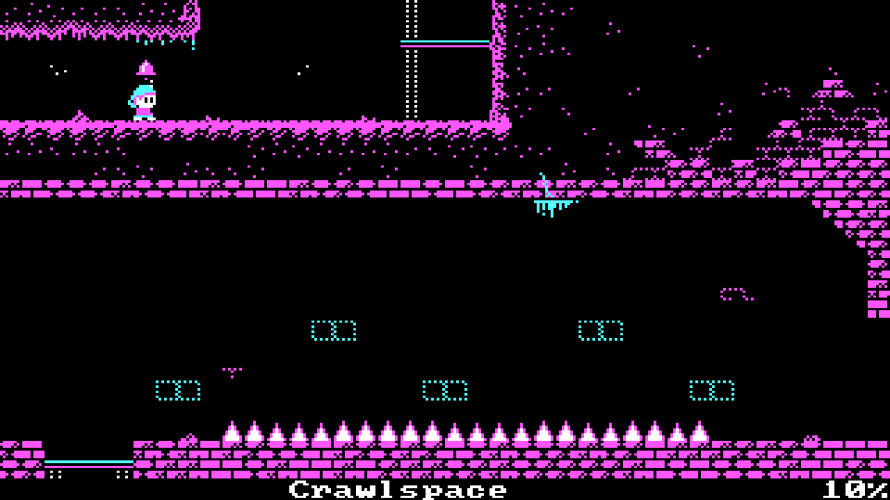 Platforming fans who miss that old-school feel, both in terms of difficulty and visuals, should take a look at You Have to Win the Game. Just like a lot of games did back in the day, this one’s got that lovely ‘one hit and you’re dead’ thing too, but with tighter controls than most old games and a bit of Metroidvania here and there, as you search for money bags. Oh, and would ya look at that beautiful CGA color palette?

But since I already covered the game itself here, let’s swiftly move on to the ‘visual overhaul’ bit instead, and this actually involves the developer modding his own game, which is somewhat uncommon. Now, don’t get all excited, thinking that he’s added bloom, depth of field or other fancy things because the changes are definitely more of the low-fi kind. That said, it’s still a very interesting change, especially for those who remember what came after CGA in terms of PC graphics, way back (hint: look below). 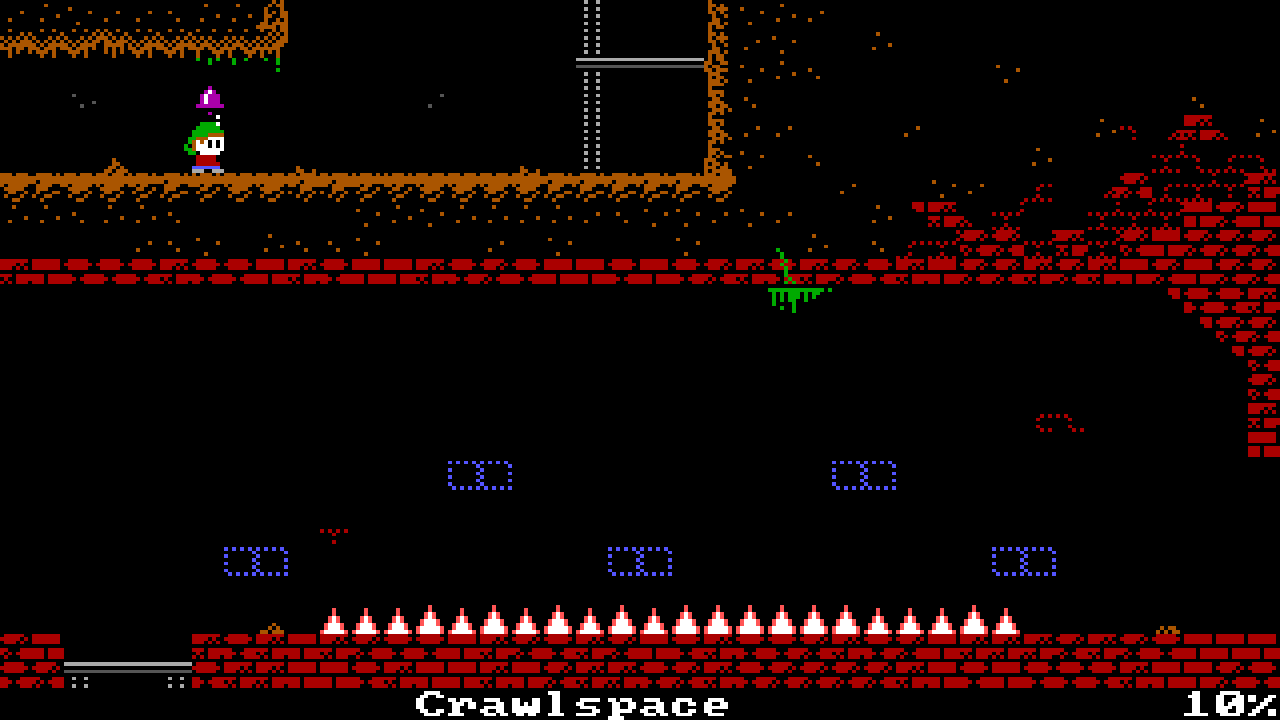 See what I mean? Holy EGA, Batman! It obviously won’t change how the game is played, but with this, it just might appeal to a wider audience, since these visuals are arguably easier on the eyes (even for the most dedicated retro gamer). I enjoyed it quite a bit with the CGA look though, so it’s definitely a matter of personal preference. I wonder, could VGA be next?

To install it, just unzip these bitmaps directly into your local YHtWtG Mods folder. This folder is located somewhere inside My Documents, for instance “C:\Users\[YourName]\Documents\You Have to Win the Game\Mods” on Windows Vista. (Also don’t put these in a subfolder, else the game won’t recognize them and you’ll still have CGA graphics and be sad.)

Sounds easy enough, and you don’t even have to do anything to enable the mod. Just start the game and pretend it’s 1984 all over again, as you collect money bags while avoiding spike traps, bats and other hazards. The game itself can be found here, with a link to the mod on this page, and don’t forget: You Have to Win the Game!