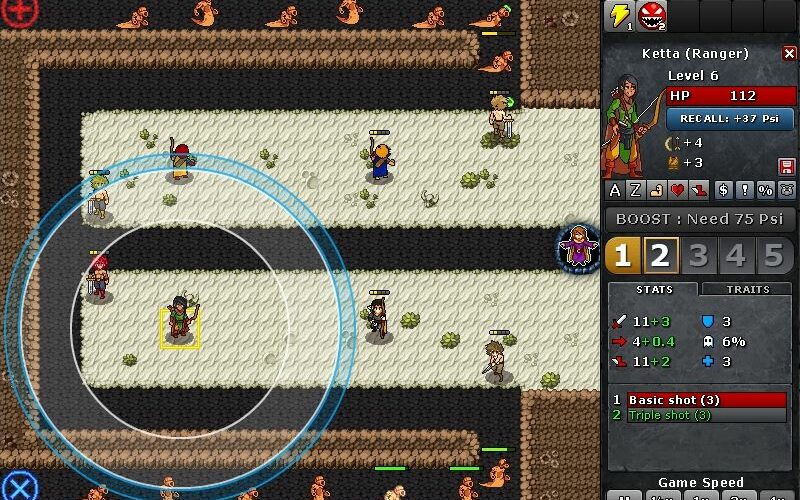 Defender’s Quest is not like most other games in the genre since those tend to be all about spending currency on generic towers and then simply watching as they tear through the enemies, wave after wave. In this game, the towers are actually party members that you get to place on the battlefield, and after each successful battle, they gain XP and level up, just like in an RPG. Although at the end of the day, a ranger is still a ranger and a berserker is and will always be a berserker…

But the RPG elements are not so deep that one might forget that this is a tower defense first and foremost, with their main purpose being to make things more interesting and further enhance the strategic aspect, both in and out of combat. These take place on tile-based 2D maps, but even with that ‘limitation’, there is still more than enough room for advanced strategies, since deciding which units to use and where to actually place them, along with which spells to cast and when, easily make the difference between victory and defeat; and if you get impatient, you can always change the game speed. 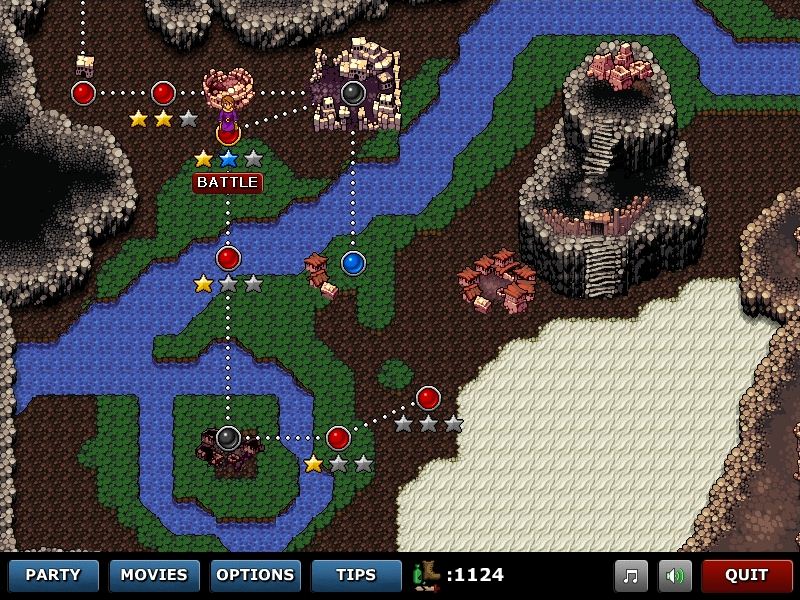 Just make sure you don’t forget that Azra only has so much health, as the enemies blaze through your defenses at 400% speed, because if she falls.. there will hell to pay. How severe the penalty for defeat is, along with the overall difficulty, can be adjusted before starting a new game though, so everyone will have a fighting chance here. There will come a time when you’re not busy fighting for your life though, and that is when you’ll get a chance to explore the outside world, which includes towns that let you buy equipment and recruit new allies.

Even if you’re the type of player who enjoys a good tower defense for the strategic aspect, while ignoring whatever story the game tries to tell, the one in Defender’s Quest is in my opinion one worth paying attention to, even if it can be a bit cheesy at times. Alternatively, you could just skip every single cut-scene. Your game, your choice!

Those interested in Defender’s Quest should try the demo, and if you aren’t interested, try it anyway – you just might like it! The full version will cost ya $14.99 $9.99 (until November 6th), either from the developer, Steam or GOG.

Facebook Twitter LinkedIn Pinterest Tumblr WhatsApp Telegram E-mail
Previous article 'You Have to Win the Game' Just Got a Visual Overhaul
Next article Help the Undead Get Back to Their Crypts Before Sunrise: 'Vampires!' Review