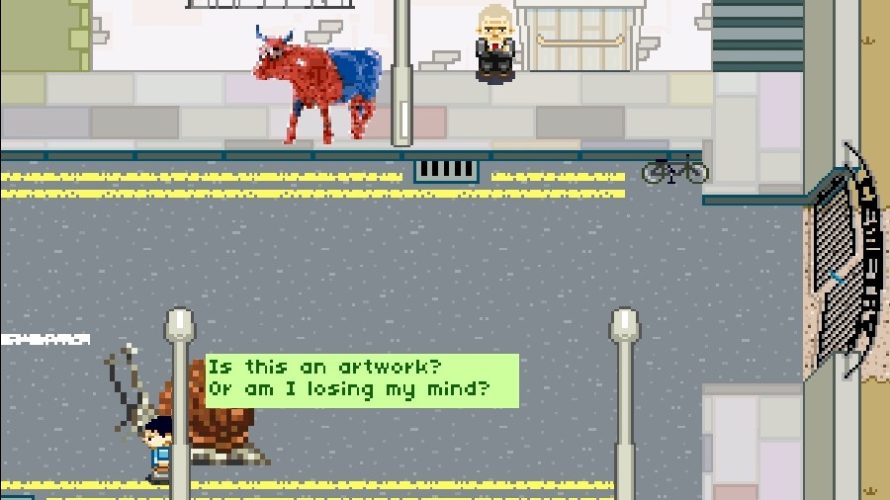 Not gonna lie, I’m not really a fan of grocery shopping, so when I realized that my goal in You Are Not A Banana Chapter 1 was to go out and get milk, my interest faded. In spite of that, I decided to keep going, which as it turns out, was a good idea, because… not everything is as it seems in this obscure adventure.


Now, games with strange titles are nothing new to me, but even after playing through this one, I still haven’t the foggiest as to what that title is about. Unless of course? Nah. It couldn’t be [spoilers deleted] – there’s no way.

Anyway, what starts off like a pretty normal day for our nameless protagonist, quickly becomes a series of odd incidents. Little by little, the story unfolds by way of mini-games and puzzles, making the otherwise simple task of going out to get milk far more complex than it should be. Then again, where’d the fun be, if all he had to do was stop by the shop and buy it? Exactly.

That said, some of the issues I encountered almost made me feel bad for the little guy as triggering a certain hotspot took some serious trial and error since the game was picky about where I had to stand for it to register. There are also a few less-than-obvious puzzles, which… well, let’s just say you’d do well to keep more than just your eyes open. Or not, depending on the situation. You’ll see (get it?). 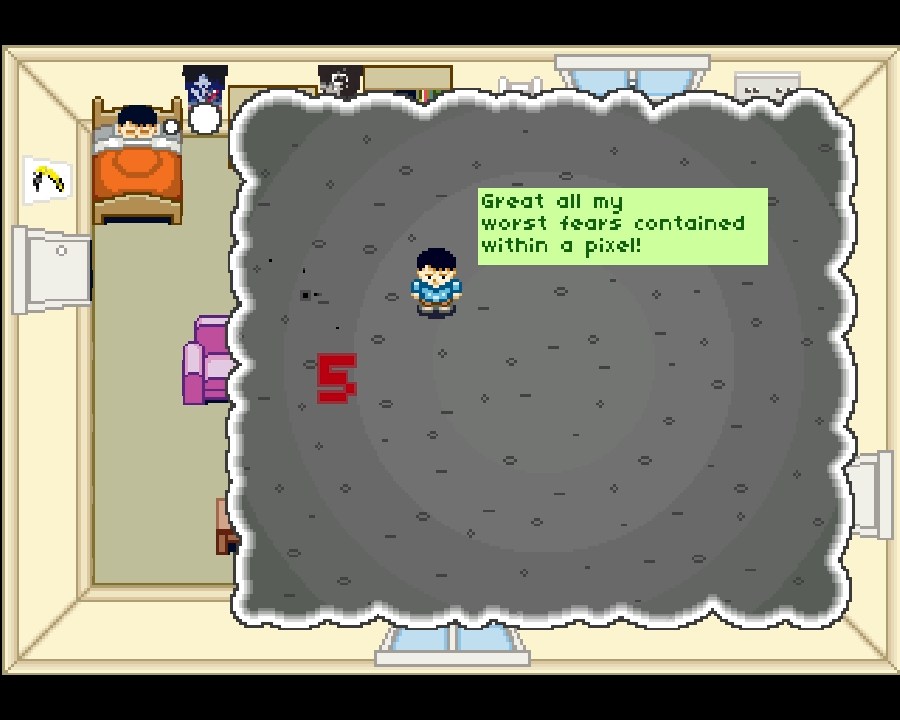 In an attempt to mix things up now and then, the game will cast you into a mini-game, which must be beaten before proceeding. As far as I can tell, these are actually the only times at which dying is possible, although your untimely demise only sets you back a few seconds, and heck, the challenge is hardly overwhelming. They do make for a nice distraction after all that wandering around, though.

With its pixellated look, chippy tunes, strange plot, and puzzles that range from interesting to downright obscure, there’s definitely fun to be had here (aside from a few road bumps, like that darn rainy area). Oh, and the credits will roll for most after around half an hour, which makes You Are Not A Banana Chapter 1 a brief, yet somewhat entertaining, experience. I certainly had fun with it. Now, where’s chapter 2?

You Are Not A Banana Chapter 1 (with its chip tune soundtrack) is available for Windows, Mac from Desura, priced at $1.99 and without DRM. So eh, what say we get it through Greenlight and onto Steam?