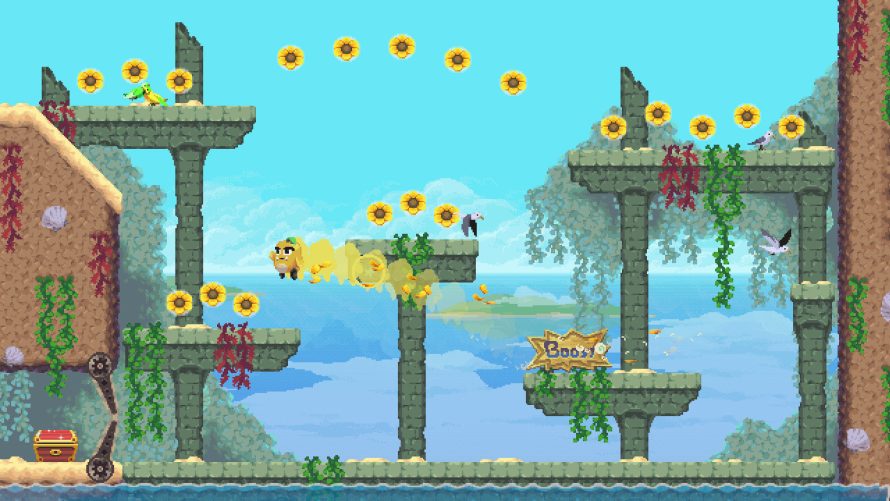 Don’t you just love games that actually has you playing the part of the bad guy? Of course you do! That was a silly question. What about games in which the only control you have over said character is the ability to jump, though? I know how crazy that sounds, but it does seem like Wunderling actually manages to turn such a harsh restriction… into a rather fun experience. Maybe.

Unfortunately, you won’t be stepping into the shoes of some almighty demonic overlord capable of wreaking havoc across the land by snapping his fingers. No, this tale instead revolves around “low-level video game goon” -- one so green he has only just unlocked the power to jump. That’s it. Movement control? Forget about it. Any kind of offensive or defensive maneuvers? Ha! Not unless they involve jumping. Which is highly unlikely, even with special unlockable ‘Wunder-moves’ like Boost and Wall-Jump. You know, kinda important platformer stuff. 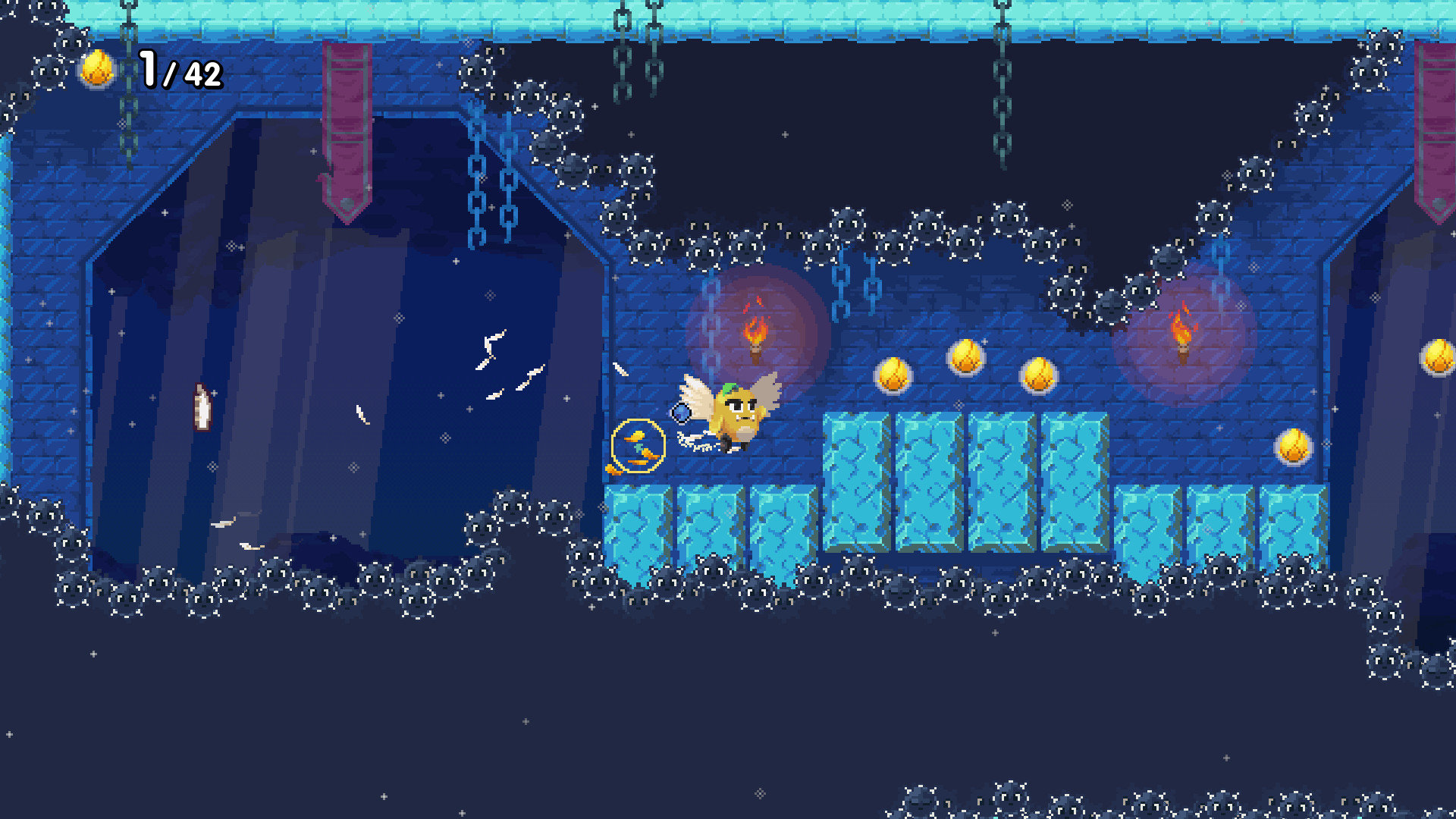 While the thought of having so little control over the protagonist in a game like this might seem a tad silly, even if the while ‘low-level goon’ does at least explain why ‘why’ aspect, it (like most other auto-runners) does come with certain advantages: because the protagonist’s path is rather pre-determined, everything should -- in theory -- flow much more smoothly than that of a genre entry with complete freedom. When the developer is able to limit the number of available paths, designing proper groovy stages becomes a far less daunting task. (Again, in theory.)

Oh, almost forgot to mention how each stage contains a hidden treasure, or how “more than 27 million outfit combinations” exists for the poor goon. Better make sure your timing isn’t off by even a fraction of a second, or you might as well kiss that treasure goodbye. Until you revisit the stage, that is. At which point, who knows, maybe you’ll actually discover a brand new route that lets you snag other collectibles missed along the way? Blessed be the goon.

Wunderling is available on Steam and Switch, carrying a $14.99 price tag.

Wunderling - Launch Trailer - Nintendo Switch
Facebook Twitter LinkedIn Pinterest Tumblr WhatsApp Telegram E-mail
Previous article Hope is What You Make of Him Throughout the Twisted Worlds of 'Infini'
Next article 'Amnesia: Rebirth' Will Terrify Those Brave Enough to Return to the World of 'Amnesia: The Dark Descent' This Fall