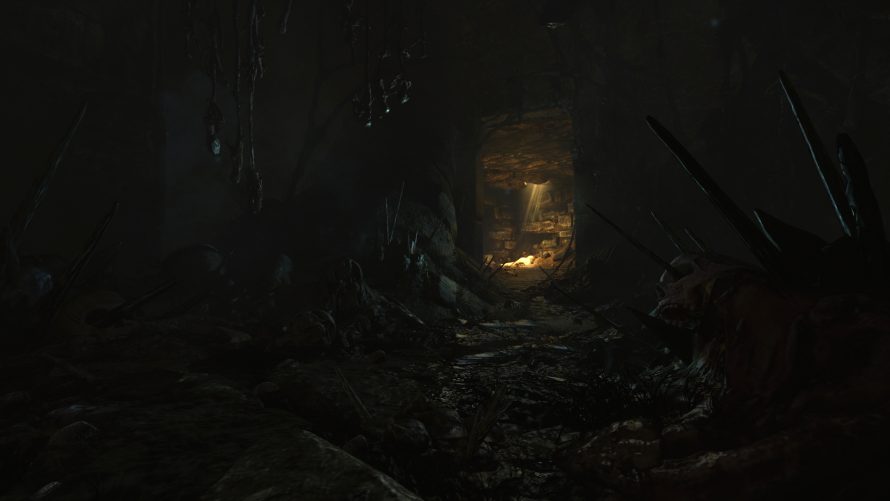 Hard to believe it’s been ten years since Amnesia: The Dark Descent spooked everyone with its terrifying corridors, haunting monsters – that you had no choice but to run and hide from, I might add – and clever storytelling. Having revisited it recently, I can confirm that it’s still great in 2020 (and scary as all hell). But that was then, this is now, and it’s finally time for a sequel… in the form of Amnesia: Rebirth, starring Tasi Trianon. Groovy.

‘Groovy’, as in, oh dear lord. My sanity is not ready for a return to the world of Amnesia: The Dark Descent, if the trailer below is any indication. Is that going to stop me, though? Of course not! I mean, this here sequel will be “challenging players to remain calm in the face of unimaginable terror”, according to its creator, and quite frankly, that sounds like my kind of horror. Even more so if they keep the whole non-combat approach of the original in Amnesia: Rebirth, as I much prefer that to, you know, action-oriented survival horror.

You can’t let out a breath. The creature is only inches away. Its sole purpose – to feed off your terror. And so you crouch in the dark, trying to stop the fear rising, trying to silence what lies within you.

Also, just who is this accursed stalker, chasing Tasi through the darkest of caves as she so desperately works on “pulling together the fragments of a shattered past”? Actually, scratch that. I don’t want to know the answer. Some things are better left shrouded in mystery, and given how Frictional Games is showcasing (ie. as little as possible) this particular menace, I suspect we won’t like what we might find. If we even live to tell the tale, should we get some face-to-face with… it.

That said, am I the only one who gets a rather strong Amnesia: The Dark Descent vibe from certain bits in the trailer below? Could be that I have simply played it too much, or perhaps there will actually be connections to the original in this upcoming title. Yeah. Probably just my mind playing tricks on me, as I suspect Tasi’s will also do throughout what is bound to be a perilous journey, both time itself and an elusive foe doing their very best to stop her. Permanently.

Amnesia: Rebirth will be on Steam and PlayStation 4, this fall.

Amnesia: Rebirth - Announcement trailer
Facebook Twitter LinkedIn Pinterest Tumblr WhatsApp Telegram E-mail
Previous article 'Wunderling' is a Goon of Many Jumps (and Little Else) Determined to Catch the Would-Be Hero
Next article Rhythm is Key to Surviving the Rather Mysterious Digital Afterlife of 'Nocturne: Prelude'