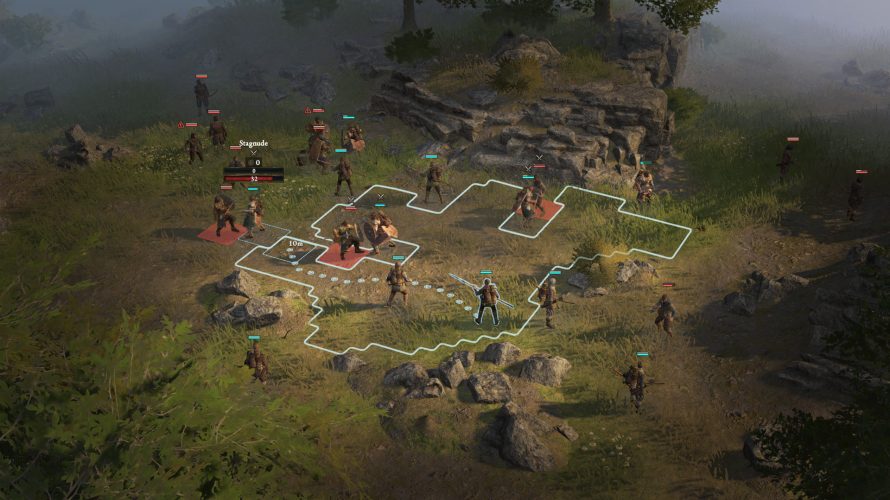 Life as a mercenary is tough, and not always a long one either. But perhaps the odds can be defied in Wartales, as here, you are put in charge of one such band – a group of hired blades, as it were. An expansive open world awaits, and you better believe there’s always someone, somewhere looking to solve a problem… without getting their own hands dirty in the process.

Play your cards right and your renown just might grow to the point where you’ll be able to freely pick from a lineup of new recruits more than willing to fight by your side. Some might replace fallen comrades, while other serve as a means of directly strengthening your army.

But even the strongest of men requires rest every so often, and while there is no such thing for the wicked, you’d still do well to set up camp and ensure everyone’s well-fed (and paid). Neglecting your duties as the leader of this ever-growing warband could easily find you in far more trouble than it’s worth to save a few coins and/or rations. Best to just spend the resources instead.

A century after the Great Plague ravaged the world, those who remain struggle to survive. The cities still standing cautiously eye their neighbors, as roving raiders stalk travel routes in hopes of plundering valuables from unsuspecting travelers.

We mustn’t forget about battles either, as there are bound to be many of these; provided your tactical prowess shines brightly and everyone doesn’t end up getting killed after the first couple of encounters. At least taking on beast and bandit alike is a turn-based affair in Wartales, complete with advanced maneuvers like flanking and attacking from behind. Mercenaries do not need to know the meaning of fancy things like ‘honor’, after all.

It’s a big world and exploring every region might prove beneficial… but if caution is not exercised, it could also very well prove rather deadly. So tread carefully, fight with every bit of cunning you can muster, and perhaps one day, your exploits will end up the grandest of all Wartales.