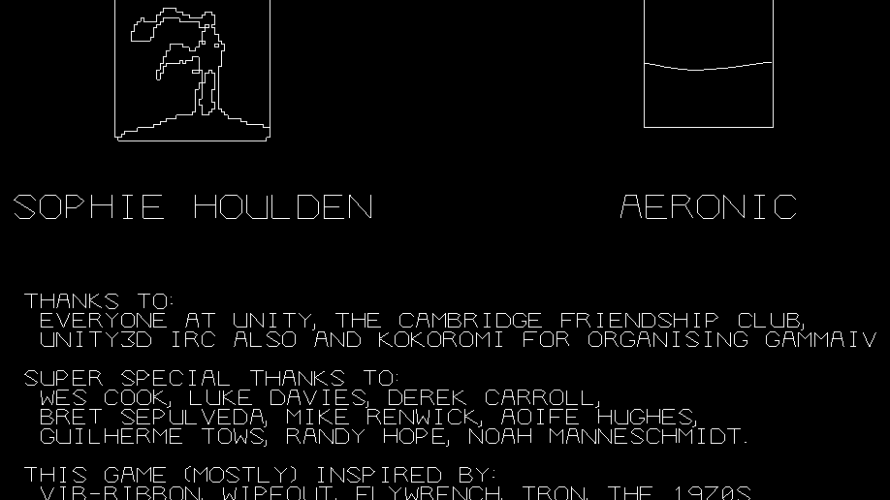 “Swift*Stitch is a game about going fast, taking the right route and trying not to crash into stuff.”

So basically, the game is like real life, where you’ll also want to go fast, take the right route and try not to crash? Uh.. yeah, maybe not. But it’s a fun, fast and sometimes furious experience .

I’m going to kick this one off by warning those who do not enjoy a challenging video game:
This one is darn difficult. Not so much if you simply want to finish all the levels, but if you’re a completionist.. prepare to spend a lot of time playing the levels over and over. That is, unless you have superhuman reflexes.. do you? Didn’t think so.

HEY! Don’t close this tab yet. I know that starting by mentioning “darn difficult” may cause some to stop reading right then and there, but like the other “darn difficult” games I’ve covered on my blog, Swift*Stitch is never downright unforgiving. I made it through every single level, and that means anyone can do it..

Make no mistake, however: This is a throwback to the games of yesteryear, when we were challenged compared to today, where.. let’s face it, the mere mention of “challenge” in a game scares people. Checkpoints all over the place, overly generous health regeneration and sometimes even a fabled “save anywhere” (including during battle!) feature.

Challenging gameplay is not all that sets this one apart from the mainstream crowd however, as the vector graphics are another feature rarely seen today, both from indie and even more so with retail; the visuals also give it a Light Cycles (Tron) vibe..

While some may find that simply beating every level is difficult enough on its own, an even bigger challenge is available for those that seek it, in the form of acquiring the 3 “medals” in every level, on top of the 27 achievements.

Yes you read right: Medals and achievements! Three medals in every level, though they’re the same in each, the achievements are certainly varied and some are.. a bit crazy. From simple stuff like beating the game, to insane stunts like still beating the game, but at the highest speed setting! Holy 88mph, Batman..

Wait, what? I haven’t mentioned how Swift*Stitch handles “difficulty levels”? Well, you know how other games have stuff like “normal”, “medium”, “hard” and so on? This one – being a fast-paced racing/puzzle hybrid – features a speed setting instead. If you’re crazy, you can crank it up to 7 (warp speed, mr. Sulu!) or for a (way too) relaxing experience, lower it to 1 (snorefest). In most games, levels are tagged as completed on a lower difficulty after finishing them on a higher, and this is no exception.

There is even a “checklist” on the level select screen (spoiler: all levels are unlocked from the get-go), for the stat crazed gamers out there, making it easy to spot the levels you’re still missing medals on. 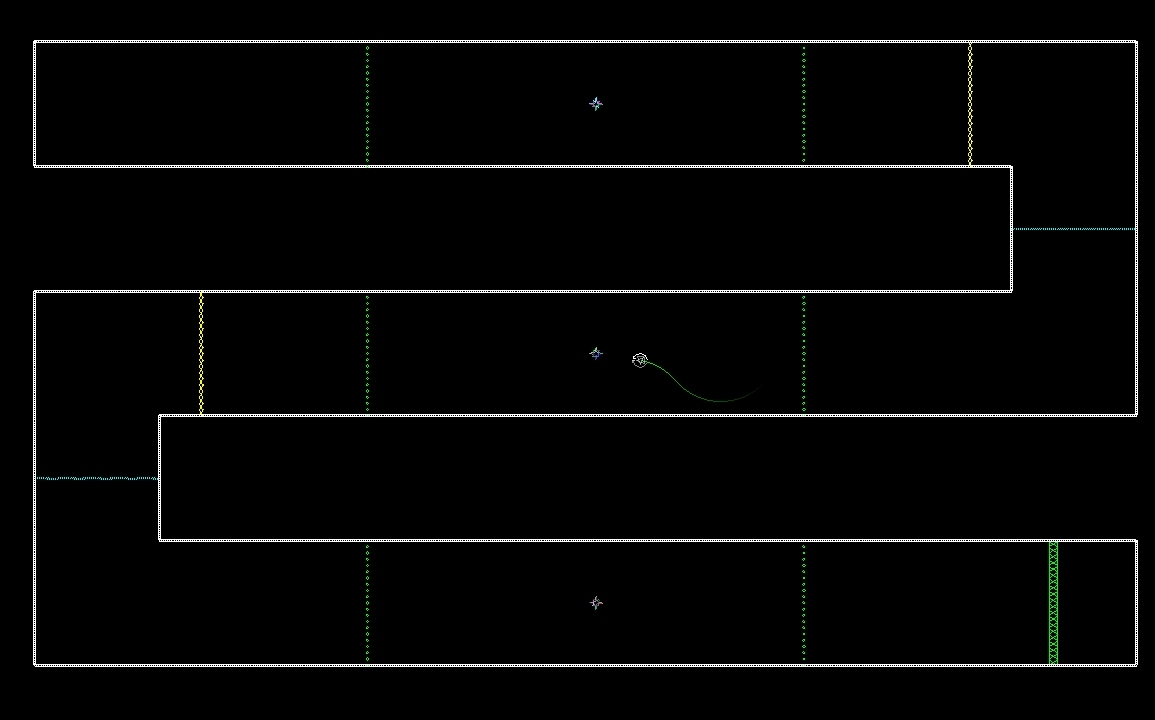 As you can tell from the screenshots, and as I mentioned earlier, this is not a simple 2D maze racer where the only barriers are the walls. There are obstacles aplenty, from barriers that reverse the controls of your ship to sometimes rather confusing teleporters and even those nasty, incredibly annoying, more-often-than-not the reason behind a crash.. green lines.. I think the dev was feeling particularly evil when those came into play! Imagine having to move through narrow spaces while swerving, still avoiding crashing into walls. That’s the effect of the green barrier.. it gets your ship drunk!

Oh and did I mention that you don’t have the typical “turn left/right” setup? Only one key to turn (or “stitch” in this case) your ship, which is a big part of the puzzle aspect.

I think that just about covers this one.. but before I unleash this beast of a blog upon the Internet, there are a few final things, including two that seemed odd to me:
1) Navigating the menus can only be done with a mouse, not a keyboard.
2) Why.. would anyone use the “Clear Data” option.. is anyone really that crazy? 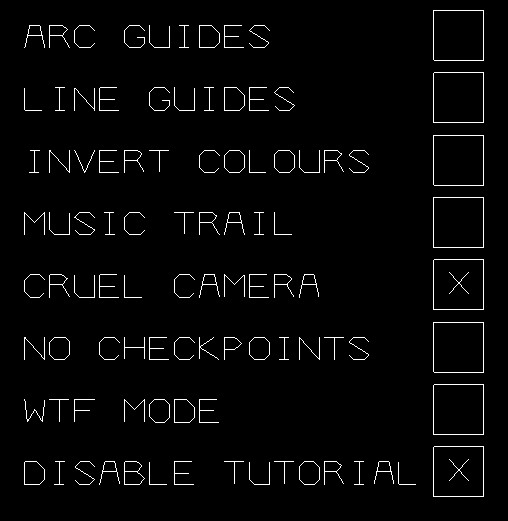 Which brings me to the bonuses menu: For some reason, I was crazy enough to enable “Cruel Camera” (which rotates the camera constantly), but after a few levels I found myself admitting defeat and turning it off again. Play through 42 levels with it on, I dare you!
Or maybe even worse, how about “No Checkpoints”? There are plenty of ways to mix things up, if just playing the game as it is, does not provide enough of a challenge or if you want something a bit different.

Generally speaking, that’s exactly what you get with indie games: Something different, which is what’s so fascinating about them. They’re not bound by the same stereotypes and “unwritten rules”, that big bulky AAA retail titles are.
Swift*Stitch is proof of that if anything, with simple gameplay that provides plenty of challenge and a nice level of customization is possible, which certainly adds to the longevity of this one.

I would definitely recommend picking this one up. It’s one of those games anyone can pick up and play for a few minutes at a time, but actually perfecting your skills is going to take a lot longer. Just like arcade games of the 80’s/early 90’s..

Also, don’t forget to check out the post-mortem on the dev blog. Quite a read.

Update: The “pay-when-you-want” sale of the game (that I neglected to mention here, but shared plenty on my Twitter) is now over, and the dev has shared the numbers.

Also, the game can now be  downloaded from IndieCity and Desura. 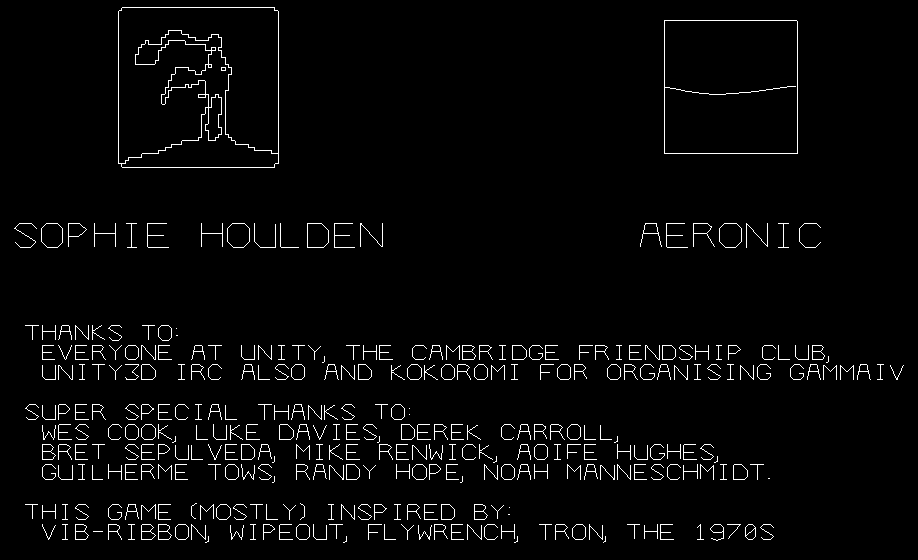