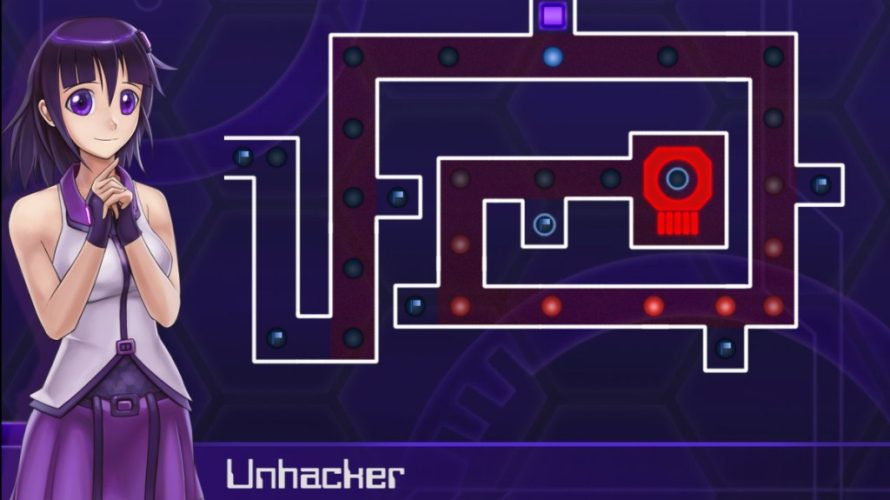 What should have been just another day on the job for Weedy and Unhacker (the protagonist), quickly escalates to nightmarish proportions since an entity known as the 5K Worm has managed to invade computers all over the world. But who could possibly be behind this digital threat, and why would anyone even create such a thing? As an employee of Smash Security, it’s your job to take care of it.

Part visual novel, part puzzler, the core component of Unhack consists of mazelike sections where you travel from point A to point B, dodging nasty security measures along the way. Although early on, everything’s much more relaxed, with the first couple of stages acting as an introduction/tutorial of sorts – a bit of a ‘first day on the job’ scenario… before you’re thrown into the deep end.

You’re never entirely on your own, however, as one of several AIs will always be present, providing witty banter and helpful tips throughout the ten levels. Considering how intense things get, having someone to lighten the mood is definitely a welcome inclusion. Not every supporting cast member is all cheerful and chatty, but even the overly serious and sleep deprived Miss Debug made me chuckle a few times. 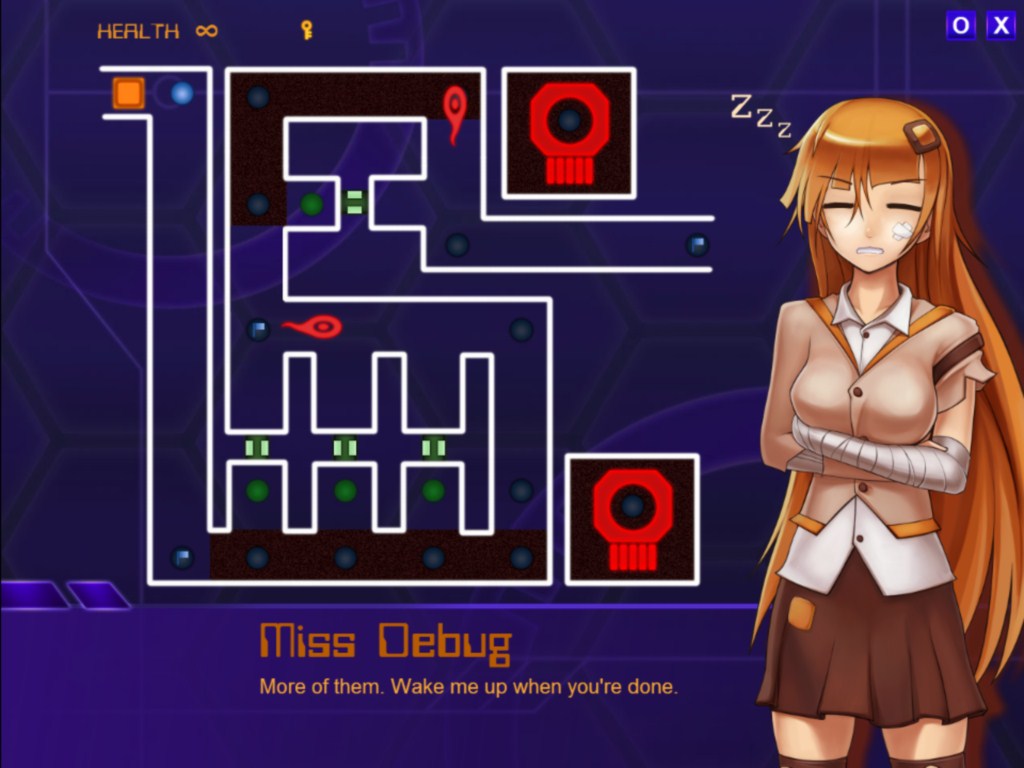 Between navigating teleporters and timing your movements to slip past worms, laser beams, watchful eyes, and other obstacles, you definitely have your work cut out for you. One slip-up and it’s back to the last checkpoint (as indicated by a flag). Oh and should you decide to play on the higher difficulties… well, best of luck in those last few levels. I went through the entire thing on normal, which meant being blessed with infinite lives, and believe me, it made for a much less stressful experience.

Since movement is depicted by jumping between fixed locations at a constant speed, in a way, there’s almost a sense of rhythm to the flow of things. This is further emphasized during sections when perfect timing is the only way to avoid getting fried by lasers, or when a target needs to be shot out of the sky (or system, rather). One step at a time, like the plot, you’re constantly moving forward, making something happen.

Now, for a game that’s pretty linear, the story in Unhack sure has a surprising amount of twists and turns; some of which I didn’t see coming at all. It may not be the most fascinating tale ever, but at least the delivery is spot-on and it’s well-written. This, coupled with some quality voice acting, makes for an immersive virtual world, from the early beginnings to its semi-conclusive finale. 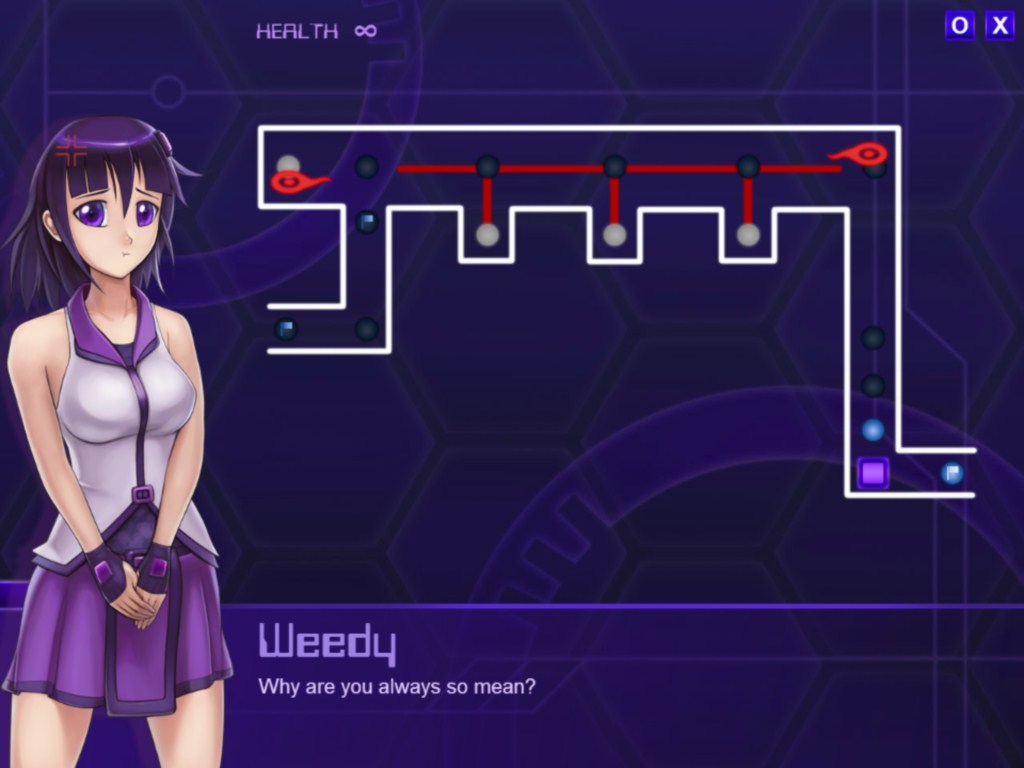 In fact, by the time everything’s said and done, chances are you’ll feel a sense of accomplishment. Like your actions have affected the lives of Weedy, Miss Debug and everyone else; regardless of them being AIs. See, while saving the world may be your primary objective, you’ll soon discover that there’s more to this digital battle than meets the eye.

Mixing action puzzle gameplay with visual novel-ish dialogue may sound like a strange idea, yet this game managed to do just that. Doesn’t matter if you go through Unhack on normal difficulty to enjoy the story with little hassle or crank it up for that extra challenge… as long as you play it. So what are you waiting for? Click the link below and get ready to rumble with the 5K Worm!

Unhack (Windows, Mac, Linux) is available DRM-free for $5 from the official website, where a four-level demo can also be found. What say we get it greenlit, eh?