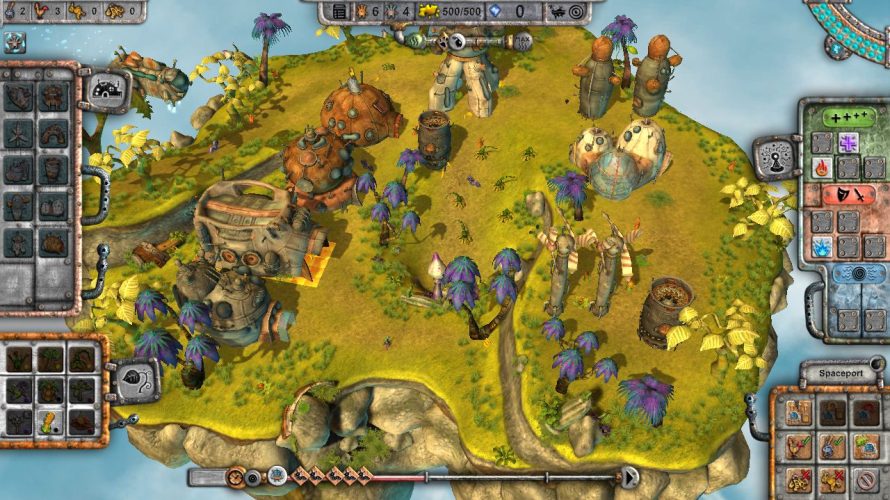 Oh boy. Ain’t easy being Mims. Crashlanded on a strange planet, far away from home, relying entirely on you – the player – to help them out. You’ll have to manage the lot, build various constructions, harvest produce and breed animals… while also dealing with space nasties! Time to step into the metaphorical shoes of an omnipotent being and get busy.

While The Mims Beginning does resemble a traditional RTS at first glance, it’s actually much more compact than just about any other traditional strategy title. There’s no huge map to navigate for starters, and the amount of micromanagement needed is also quite limited. You’ll still have plenty to do though, as annoying alien pests need to be blasted, power levels need to be maintained, livestock has to be shipped into outer space for gems – basically, you have to make sure everything’s running smoothly.

It may sound like a lot of work, but as I said, it really isn’t. Mims automatically toss produce into extractors to then store it in silos. Sure beats the Warcraft way of running minions back and forth between a gold mine and your keep. Anyway, this is then turned into biomass which acts as one of two currencies in the game, gems being the other. 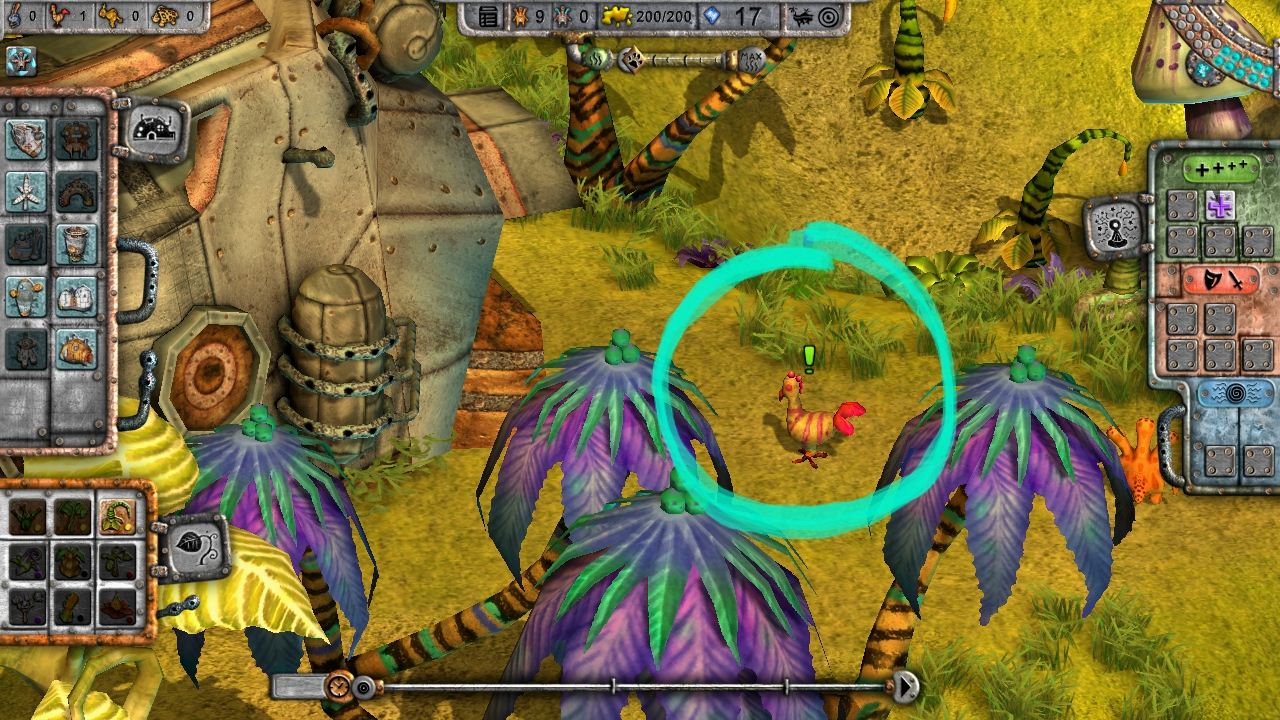 These are acquired from selling livestock, although you’ll have to breed them first, which costs biomass (to ‘research’ each unit) and produce (animals gotta eat to grow nice and fat, ya know?). Once they’ve reached a certain size, as indicated by a green exclamation mark, it’s off to the spaceport, and from there… the nearest space market. Then, after a set amount of time, the transport will return with glorious gems, which can be used for a lot of things; so you’ll want to ensure a steady supply ASAP or risk falling behind.

Everything’s all peaceful and quiet at first, but this state of tranquility isn’t going to last. Over time, the scents created by plants, animals and, of course, Mims, will attract both pests and predators. Nothing you can do to prevent that, so I’d recommend converting a handful of workers to guardians; unless you wanna play exterminator yourself? Wouldn’t recommend it.

Like workers, guardian Mims will roam the area continuously, looking for something to blast and enemies will be shot on sight. You can also choose to direct them manually if need be, either to attack a specific target or, well, maybe you simply want to clear the area for an aerial assault? That is, provided you have enough psi juice left. 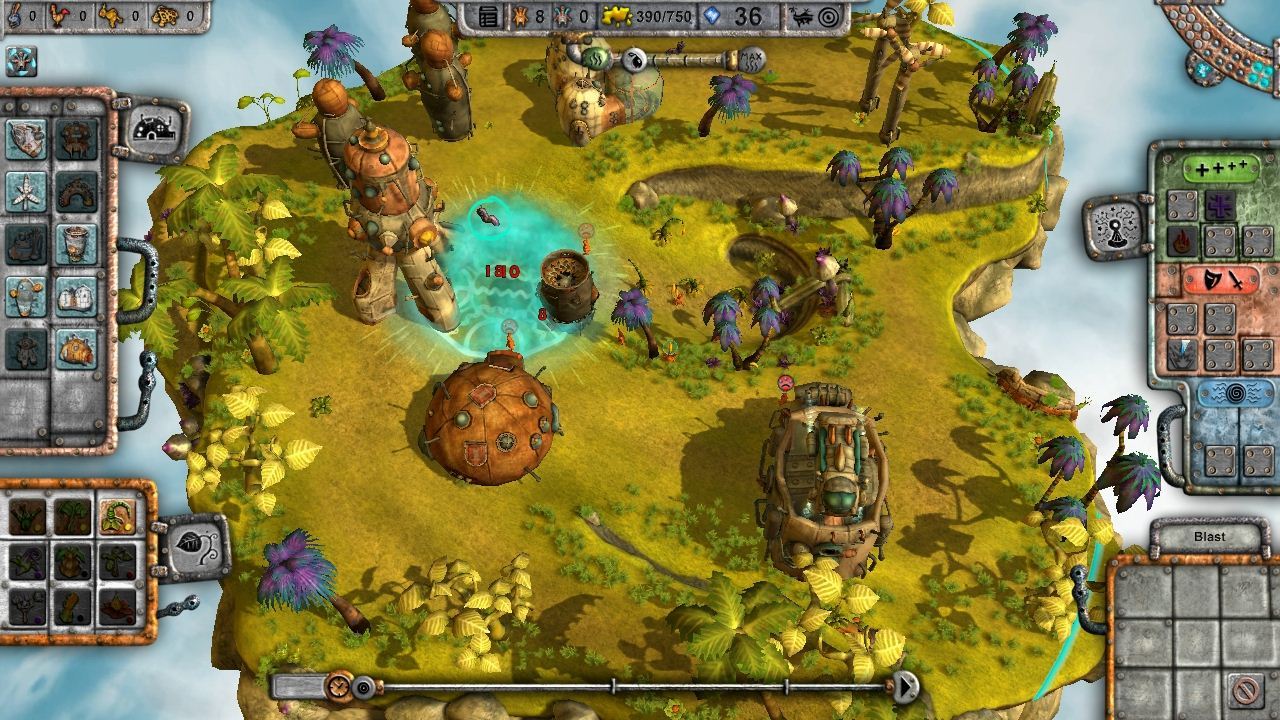 See, while you’re not able to reshape the land or such craziness, the aforementioned psi tower does give you access to some neat tricks, including a psi blast and the ability to create fire from thin air. Just aim carefully as Mims caught in the blast radius will also take damage. Fortunately, your array of powers include healing, so sending a few Mims flying ain’t the end of the world.

There’s much more to the The Mims Beginnings demo (beta or not) than I’ve shared so far, and I could easily go on for a while about how much fun it is. But why take my word for it? Head over to its Indiegogo page for the download, see for yourself what it’s all about.