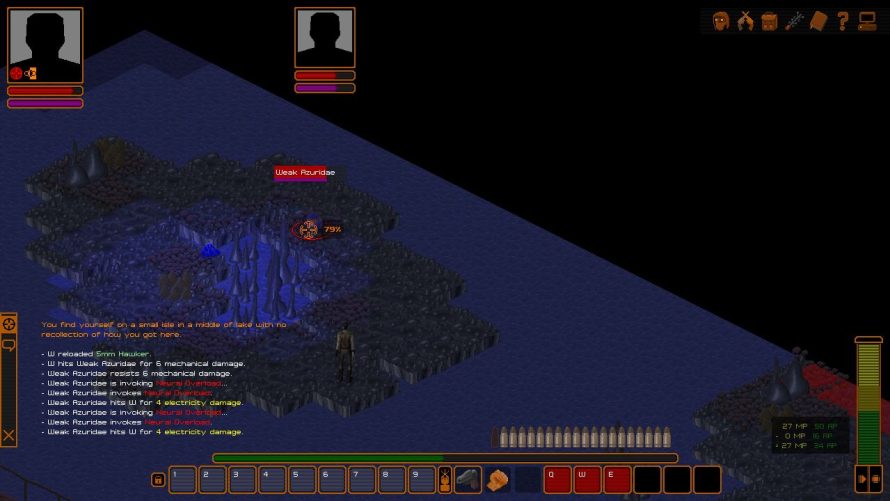 Underrail seems like a trip back to when isometric turn-based RPGs were king and games like Fallout topped the sales charts and there’s finally a demo available, but what’s this one all about?

Stygian Software have been working on Underrail for a while, as the dev log shows, and the alpha 0.4.1 demo release allows everyone to get a taste of the game in its current state. Among other things, it features a deep character creation system that lets you play the game how you want to (more or less), including utilizing stealth over direct confrontation, pickpocketing and lock picking your way into areas you were not meant to visit in the first place. Crafting also plays a big part, letting you construct all kinds of crazy gadgets, but also more common things like armor, weaponry and medical equipment; if you have the blueprints and required ingredients, that is.

The game is set in a distant future, when the life on the Earth’s surface has long since been made impossible and the remnants of humanity now dwell in the Underrail, a vast system of metro station-states that, it seems, are the last bastions of a fading race.

I’d say this one is looking very promising, even in its current (alpha) stage, and the lack of good turn-based isometric RPGs these days certainly doesn’t make Underrail less appealing, that’s for sure. It’s due for a release in the second half of 2013, but since the ~500mb demo lets you enjoy a sizeable chunk of the game, why not grab it from IndieDB in the meantime?

For more information, head on over to the official website.