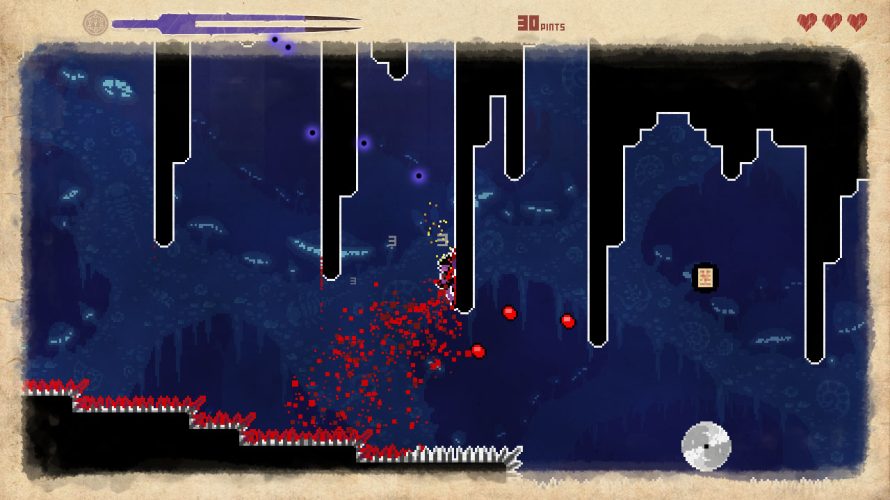 Originally slated for a XBLIG release, Spooky Squid Games recently changed their minds and instead decided to release their violent pixel platformer They Bleed Pixels for PC instead, and it’ll be out on…  well, keep reading to find out! This is a news piece, not a tweet.


It tells the story of a young girl haunted by a mysterious book and her violent Lovecraftian nightmares.

Lovecraftian nightmares and a mysterious book? Seems like a good setting for what’s essentially part platformer and part beat ’em up, with lots of violence and nasty monsters to demolish by way of fancy combos. Be warned though, while you can get by in most beat ’em ups by mashing buttons, I’d strongly recommend against resorting to that here. Why? Well, checkpoints are only rewarded from skillful fighting, which is a nice way to mix things up, while at the same time rewarding those who don’t simply rush through it all; ironically that means skipping encounters is actually gonna make the game more difficult, not less.

Oh, did I mention that there’s only a single attack button and that it’s (almost) entirely up to the player where each checkpoint should be placed? Color me intrigued! But don’t think that this one is all about kicking ass and chewing bubblegum, because as the trailer below does its best to emphasize, there is a lot of buzzsaws to dodge and spike-filled pits to avoid. Alternatively, they also serve the purpose of raising your combo meter if you manage to throw an enemy (or several!) at them.

It certainly seems like a bloody good time (get it?) to me, and on August 29th it’ll be available on Steam for $9.99! In the meantime, why not check out the soundtrack by DJ FINISH HIM? And for more details, be sure to check out the official website.