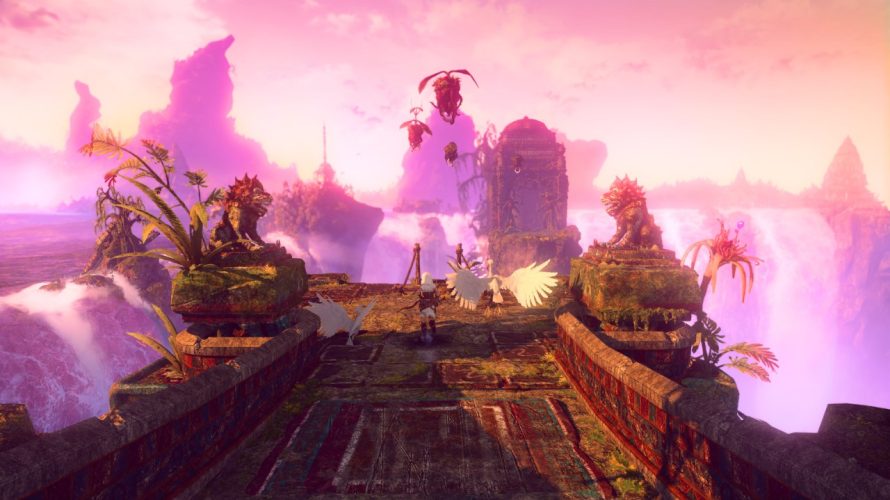 When I covered the launch of Trine 3: Artifacts of Power, well aware of its shift from 2D (or 2.5D, rather) to 3D, I was cautious, yet hopeful. Frozenbyte did, after all, deliver two absolutely amazing experiences with the first two Trine titles, so they have a solid track record at least. Unfortunately, it appears the developer may have overreached for its third outing however, as they simply did not have the funding to create what they had envisioned. Darn shame.

According to a “post-launch thoughts” post on Steam from Frozenbyte, the budget from Trine 2 to Trine 3 almost tripled in size, exceeding as much as 5.4 million USD. I don’t know about you, but to me, that sounds like a lot of money, and yet it was not enough. Not by a long shot, as what they wanted to make would likely have required closer to 15 million USD, which is, for all intents and purposes… a LOT of money! Anyway, in spite of that, and the somewhat mixed reception from fans and critics alike, they remain proud of the final product.

We took a big risk with the 3D gameplay implementation – it was to be a massive improvement over the previous games in several areas. We have always been ambitious and this time our ambition may have gotten the better of us.

Now, whether they’re genuinely honest about that last bit or not, I don’t know, and I don’t really care either. I mean, it takes guts to spend that much time and money on something, only to not get the kind of feedback/reviews they were hoping for, and yet, not completely lose it. Instead, they’re actually going to work on fixing its shortcomings. Well, the technical ones anyway, including the multiplayer issues.

As for the supposedly ‘short length’ of the experience, which is said to last between six and seven hours… that’s actually intended. Some may find that $21.99 is a bit steep for that, but hey, here’s a thought: let’s stop rating the value of a game on how long it takes to beat, placing more emphasis on what it delivers, and how (launch issues aside), instead? Certainly seems fairer in my books.

That said, apparently, the game has a genuine cliffhanger ending, on top of everything else, which is simply not cool. At all. Oh and no DLC plans either, although they aren’t denying the existence of plans to continue the story (wait, what?!). What this means remains to be seen. Were I to speculate, I’d say… a fourth game, in which the series returns to its beloved 2.5D roots? The dimensional shift of Trine 3: Artifacts of Power seems to be what most negative criticism is leveled at after all, along with the ‘short’ length; although I’d say the latter is quite subjective.

(Source: Post-launch thoughts from the developers of Trine 3: The Artifacts of Power)