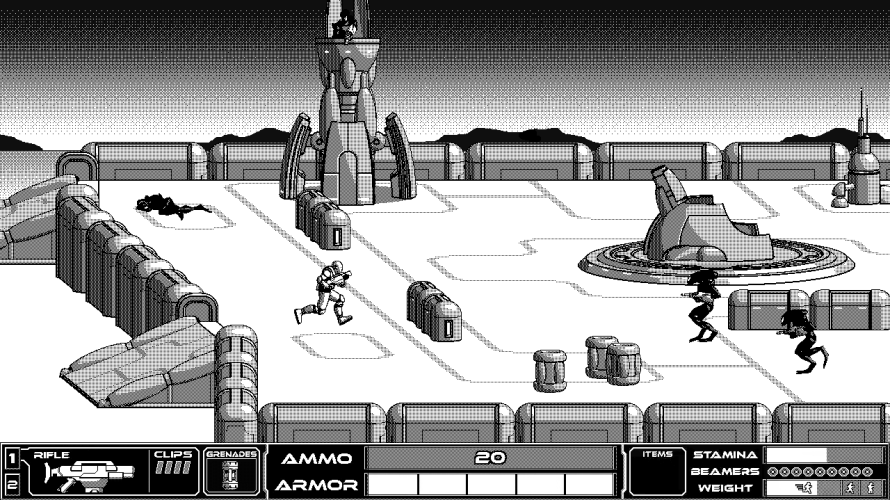 Become the invader. Take the fight to the aliens. Stop being so defensive, waiting for them to go on the attack. Be aggressive! Send a message by blowing those jerks into the next galaxy over! YEAH! Oh right, death is permanent, so I guess you’ll want to be slightly careful. Also, the world is procedurally generated, meaning every fight will be fresh. Forgot about that stuff. Even so, it’s time to kick some serious ass… in glorious 1-bit (wait, what?).

Don’t let the black and white art fool ya – this fight is as real as it gets, every choice important, every side quest (potentially) worth its own reward, and even minor destructions will leave a mark, courtesy of a persistent damage system. On top of that, you also get to modify weaponry, with more than a hundred different arsenal combinations. Who said war could not be glori-- DESTRUCTION!

Should you find yourself heavily outnumbered at any point, which is not at all unlikely, you’re more than welcome to use the environment for protection, taking cover behind a rock, however temporarily. See, unlike that of most games, in Rogue Invader, cover is… well, fragile, at best. A few well-placed shots and it’s gone, leaving you exposed to the aliens. Then again, a few equally well-placed shots will take those [censored] out, and you know what they say – real soldiers don’t resort to hiding. Ever. Alright so maybe that last bit ain’t entirely true, but it sounded cool.

Rogue Invader is the childhood imagination of what video games should have been in the late ’80s.  Founder Nathan Rees would come home from playing video games at friends’ homes and animate the things he had done on their systems using his Apple Macintosh.

Now, unfortunately, there’ll be none of that invading the alien home world nonsense until the Kickstarter beast has been slain. So let’s get to it, seeing that every last cent of those $20,000 end up pledged, prior to September 17, 2015! The game is after all pretty much wrapped up and ready to ship, only a fair amount of music and art creation remaining, meaning at least they’re not trying to crowdfund a concept here. Unlike so many other. 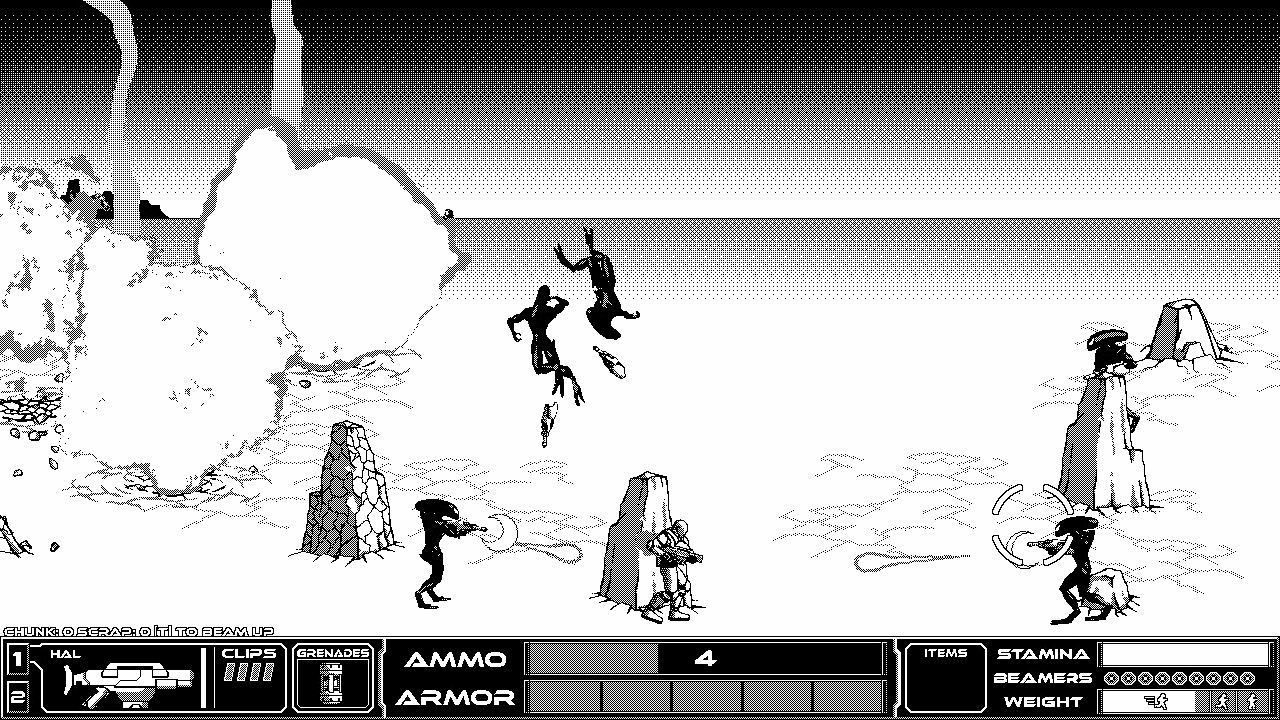 Right. Anyway, they’re aiming for a ‘fall 2015’ release date, but if something doesn’t feel polished enough, it will be pushed back. That’s dedication right there, as no one – and I do mean no one – likes rough, unfinished releases. Rogue Invader has already been greenlit, so all that remains now is to get it funded. Twenty-five days on the clock and approximately $18,300 remaining. Let’s get it kickstarted!