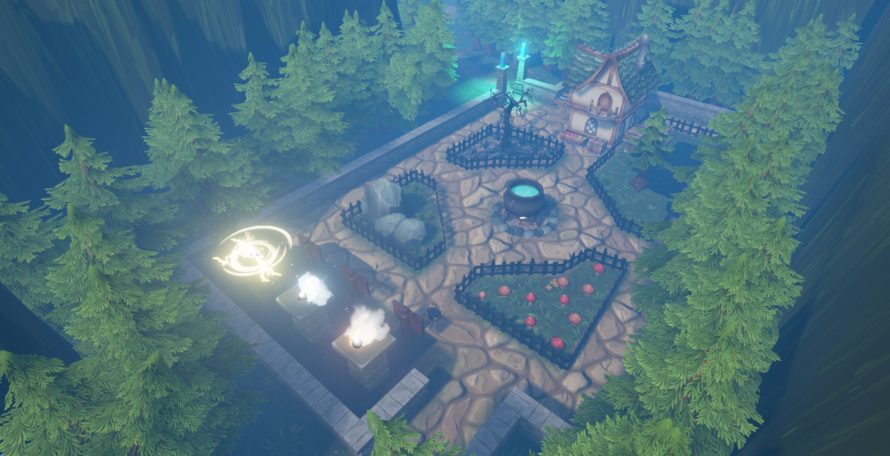 Like so many tales, that of Tiny Graveyard also begins with… a conspiracy! A secret society conspiring with the forces of darkness as it were, and as day gives way to night, those once dead shall roam the lands again. Oh and you get to control them. Kinda. Maybe. Brains!

No really, you get to mess around with the dead, only, they’re alive. Somehow. Incidentally, and probably not all that surprising, the game’s antagonist – The Keepers – are also able to boss zombies around. Because of this, your best bet in this battle of darkness and light is to take control of as many graves as possible, building the biggest army, training and customizing every last brain-eater. Needless to say, military strength doesn’t come cheaper (or in a more disturbing form) than this.

You’ll need to keep an eye on your ‘minions’ though, or, well, they just might up and leave. Yup. Brain-dead or not, apparently bits and pieces from their former life linger, and that’s hardly a good thing. In fact, it could very well be so bad as to result in yet another enemy. Neat, eh? You know what they say – it’s a hard day’s night, and in this game, it’ll be a hard day’s day too, forces of evil growing ever stronger. So do at least try to keep up.

Whispers of ghost stories become more than fiction, as the risen dead begin to appear after dark. You will learn about your connections to the spirits and your powers of reviving the dead. Solving puzzles, exploring the world, and protecting your home while you search for answers.

But before the dead can be brought back, there’s the matter of raising something entirely different: funds (get it?)! 2ndSum Studios have until April 10, 2016 – or 23 days – to raise the remaining $75,195. Quite a hefty sum, but hey, that’s what Kickstarter is for! Not like Tiny Graveyard will be abandoned in case the goal isn’t reached though, as its creator is determined to finish it, one way or another. Last but not least, its release is scheduled for “Halloween 2016”. Spooky. For further details, do peruse the Kickstarter page, as it has an abundance. And brains. Maybe.

Note: Embedding has failed me yet again, or there’d be a Kickstarter trailer here…