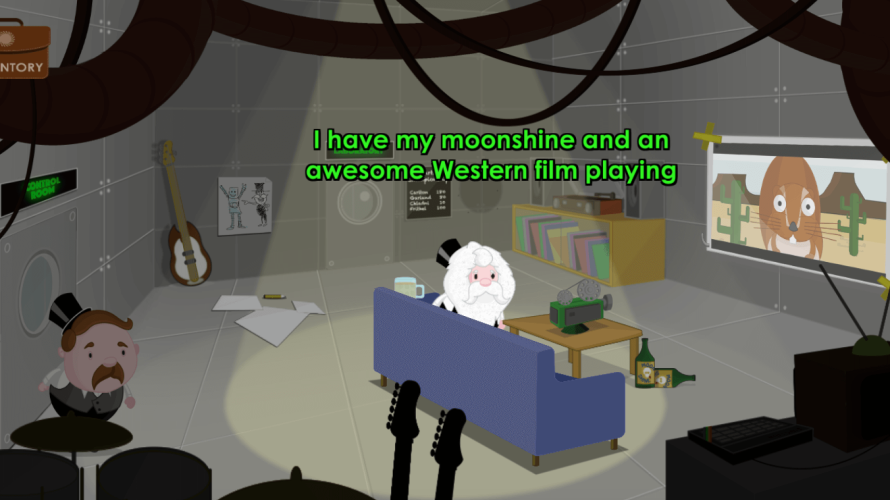 Woolley Mountain is in trouble. Pointy and clicky trouble, involving a rather evil witch. One so evil, in fact, that it’ll take the combined power of five scientists (wait, what?) to thwart her grand scheme. Well, that and a whole lot of chatting up strangers and using items in never-before-seen ways. Because The Mystery Of Woolly Mountain is groovy point ‘n click adventuring, ya know?

What, not quite motivated yet? I did kinda forget to mention how the witch has kidnapped a bunch of children, so there ya go. Whether you, the player, will in fact be able to guide the five science dudes through not only space but time too, remains to be seen. They’re not exactly the most normal human beings around after all, on top of being… well, excentric, I believe is a pretty good description. So there’s that to deal with too. Good times.

The Mystery Of Woolley Mountain’s world features a fantastical sprawling universe, where beasts, witches, automatons, ropemen and other strange and wonderful beings exist.

But there’ll be no adventuring through its three acts unless the mighty Kickstarter beast is fed in full, before 11:32 am CEST on August 19. With $3,059 of $10,581 taken care of, the project does still have a ways to go, but… also, 24 days to acquire the remaining amount. A little faith, a little luck, and some eager genre fans is all it’ll take.

Keep in mind that you can help James Lightfoot’s crowdfunding efforts without spending a dime too, simply by spreading the word of The Mystery Of Woolley Mountain Kickstarter. Oh and let’s get it through Greenlight too, eh?