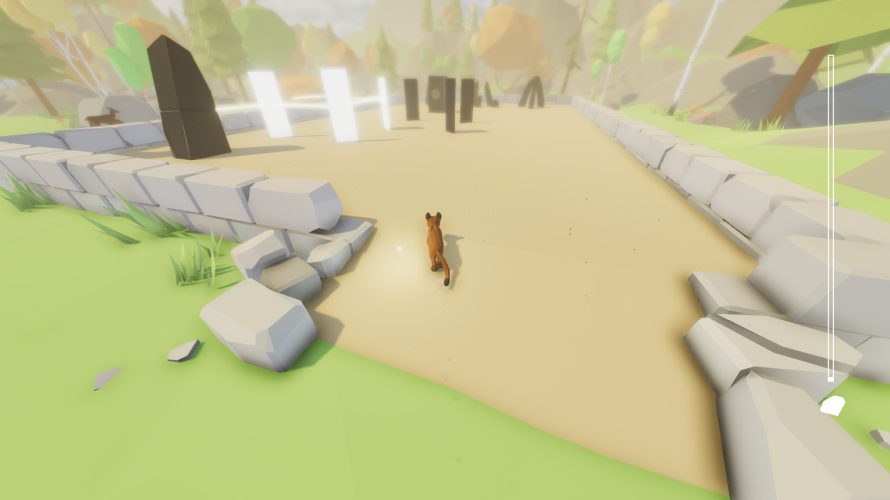 At this point it’s as if there’s some unwritten rule, demanding that exploration-focused games with a cub protagonist have to be depressing in tone. Not that I mind, but it would be nice to play the part just once without an overarchingly sad backstory. Unsurprisingly, The Long Return doesn’t stray from the norm, starring an orphan and all. Retracing the steps of their last journey together won’t bring his mother back, but it might still help, if only a little.

As for exactly what awaits at the end of said journey, and what our young explorer is going to discover along the way… well, I really couldn’t tell ya. That is to say, aside from what little is shown in the trailer below. While it does provide a glimpse at the world of The Long Return, revealing elements of platforming and brainteasers, I believe the overall vagueness is intentional. Giving away more than a tiny portion of the tale in a game such as this would be rather counterintuitive, after all.

The Long Return is a casual third-person puzzle adventure game telling the story of an orphaned cub that retraces his steps from the last journey he took with his mother.

Oh, and potentially more important than anything else regarding this particular adventure is how it will, according to the creator’s description, also be one of growth, from a wee pup all the way to adulthood. Throw in a genuinely groovy looking art style and some sweet tunes by Dale North and I’d say we’ve got ourselves quite an interesting little package of relaxing puzzling and exploration.

Surely you are at least a little curious as to what lies ahead for its nameless protagonist at this point, right?

The Long Return is available on Steam, carrying a $9.99 price tag.

The Long Return - Game Trailer
Facebook Twitter LinkedIn Pinterest Tumblr WhatsApp Telegram E-mail
Previous article At a Glance: IFComp (aka. The Interactive Fiction Competition) 2019's More Than Eighty Entries (Time to Vote!)
Next article Survival in the Simulated World of 'Pine' is Determined by Your Ability to Manipulate its Inhabitants