What do you get when you combine fast-paced gunplay with an alien invasion in a 2D platformer? Not sure? Well, if the aliens are rabbits, then the answer is (probably) Mayhem Triple, and you’d better lock and load because those things are multiplying like… rabbits! Your name is Miguel “Mig” Carter and your mission, should you choose to accept it, is to prevent the apocalypse – no pressure, right? WRONG!

Something tells me that Miguel’s used to fending off invading forces though. Either that, or he’s completely insane because as the game begins, he wakes up to the sound of an explosion and seems completely indifferent. Not even a hint of “what the Hell is going on?!”. Nope. Instead, his guns simply fall from their spot on the wall, right in your hands and you’re off – how’s that for a no-nonsense intro? While there is some kinda plot here, all you really need to know is: rabbits bad, shoot to kill, shoot to kill, shoot to KILL!

Oh and feel free to go completely balls-to-the-wall bullet-spraying crazy too! Because with the exception of explosives, your entire arsenal comes with unlimited ammunition. Man, those rabbits won’t know what hit ’em! Unfortunately, they do adapt quickly and are no strangers to automated weaponry (just like Miguel!), so I’d recommend familiarizing yourself with that fancy dodge move to stay alive just a bit longer. Or, simply take out the bastards before they get a chance to fire back… whatever keeps your health level above zero.

It’s not all about bullets, bunnies and blowing stuff up though, even if those three make up the majority of Mayhem Triple. There’s also a fair amount of parkouring (hello wall jumps) to do, and more often than not, while you’re pre-occupied with trying to stay alive. Come to think of it, I’m actually pretty certain that the game will kick your ass sooner rather than later. But at least you have unlimited lives, and tell me, has saving Earth ever been easy, while also being fun? Highly unlikely! 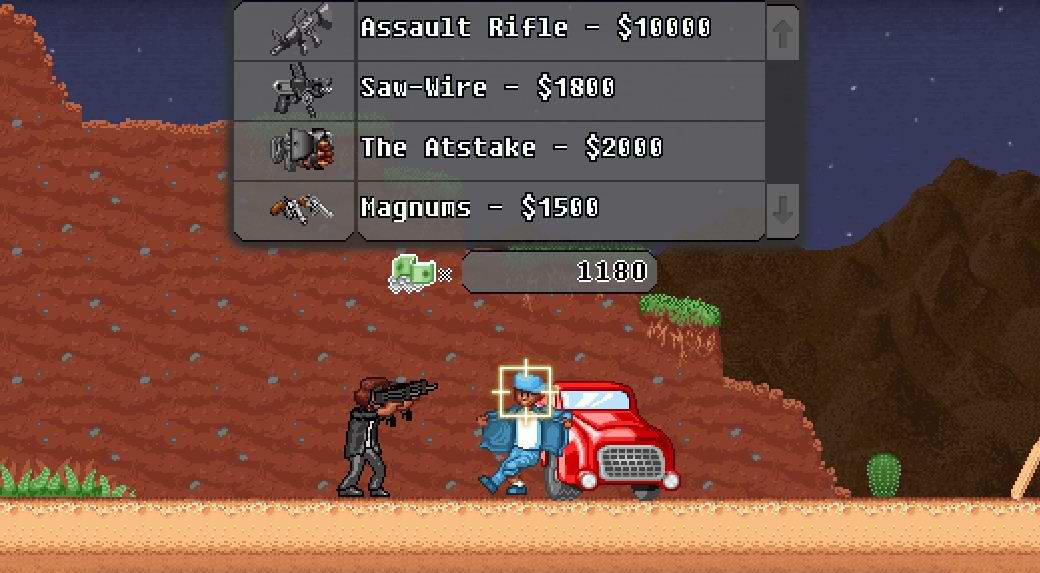 Alright, so I may be exaggerating just a tiny bit. Apart from the boss battles, it really isn’t all that difficult, and your supplies are unlimited, both in terms of lives and ammo. Guns also have a tendency to be left behind by slain rabbits, so you won’t be limited to those puny handguns for long. There are also ways to tip the odds in your favor, beyond simply being more skillful. Shopkeeper NPC’s are strategically placed throughout the game, from which guns and various upgrades can be bought… at a high price! Nah, I’m kidding. Or am I? You’re gonna need quite a lot of money to afford the biggest guns, and most upgrades can only be unlocked with keys (get it?). So… what are ya buyin’? Them alien rabbits ain’t gonna drop dead without a little help, ya know.

Well, I believe the time has come for you to visit the Sniper Diplomant website, download Mayhem Triple and save Earth by blasting those alien rabbits to smithereens! Oh, and do try pressing K and L at the same time while playing…